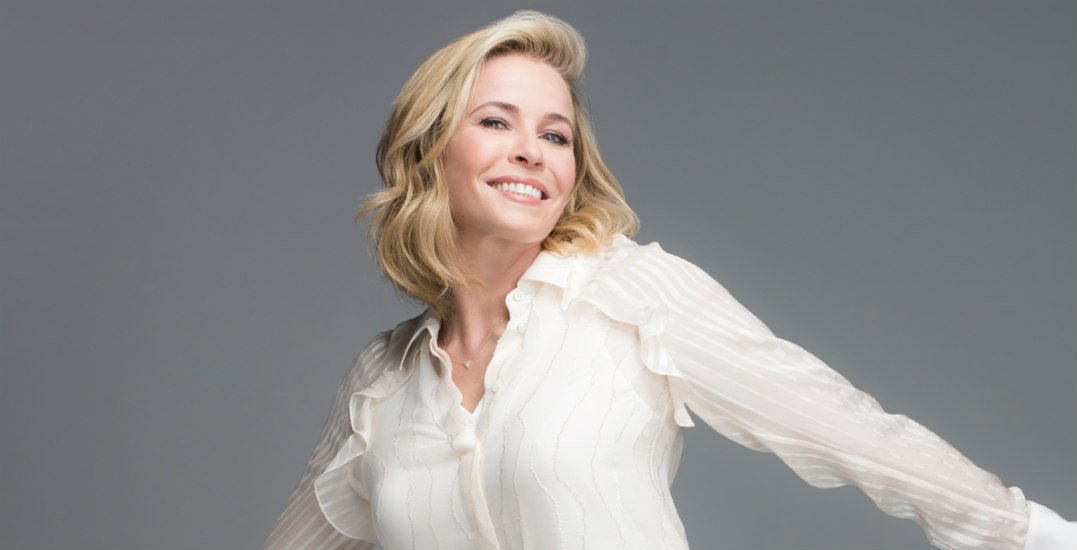 Chelsea Handler wants to tell you how she really feels about cannabis.

If it seems strange for a celebrity to speak out about marijuana, it shouldn’t. Five years ago, the idea of a Kardashian attending meetings at the White House would have seemed crazier than any episode of reality television. But celebrities getting involved in politics — or bringing previously taboo topics into mainstream conversation — is nothing new.

Just think back to the mid-2000s, when Gap, Starbucks, and Apple sold fire-engine-hued merch that made us all feel inspire(RED) by Bono and his campaign for AIDS research. More recently, United Nations Goodwill ambassador Emma Watson has brought men into the fight against gender inequality with HeForShe.

And for anyone who knows Chelsea Handler, you’ll know that speaking her mind is something she’s never been shy about. From hilarious exploits documented in her best-selling books to late night banter as a talk show host, it’s Chelsea’s candor, honesty, and hilarity that made her one of Time’s Most Influential People in the world in 2012. She uses her influence and her well-known social media presence to combat issues like social injustice and inequality.

Now, she wants to bring hot topics like political activism, culture, and cannabis into the spotlight — and she’s going on tour across the country to do so. At ‘A Civilized Conversation with Chelsea Handler’, you can expect Chelsea to be her usual witty self, but this time she’s also throwing a little edginess into the mix, too.

Hosted by cannabis culture organization and lifestyle brand Civilized, Handler will be taking the stage at seven live town hall events in cities across Canada (including Calgary, Vancouver and Toronto) this fall with Civilized founder and industry leader Derek Riedle.

“Chelsea Handler’s perspective, approach and humour galvanize and inspire her audiences wherever she goes,” Riedle explained in a press release. “I’m looking forward to sharing the stage with her again to take the pulse of the nation ahead of recreational cannabis legalization in Canada in October.”

In true town hall fashion, Handler encourages all audience members to stand up, speak out, and have their opinions on politics and cannabis heard. You won’t want to miss out on what is sure to be one of the most unique and conversation-starting events of the year.

Tickets are available for purchase online, by phone, or in person. Valid ticket holders could even be selected to meet Chelsea in the VIP lounge before the show!