In some cases, a company’s logo evolves and can become more recognizable than said company’s actual name. Such may be the case when it comes to skate company Santa Cruz Skateboards and their Screaming Hand logo. In celebration of their 30th anniversary, Santa Cruz will be hosting a one day only art show tributing the Screaming Hand’s creator, Jim Phillips.

Jim Phillips, Sr. is a graphic artist best known for his surf and skateboard art. Born in 1944 in San Jose, California, he has lived most of his life in Santa Cruz, California.

Phillips was Art Director at NHS in the 1970s and ‘80s where he created thousands of decks, t-shirts, stickers, product illustrations and advertisements. Jim currently continues producing art with an exclusive connection to NHS, creating limited edition decks and other special projects in the surf and skateboard industry. 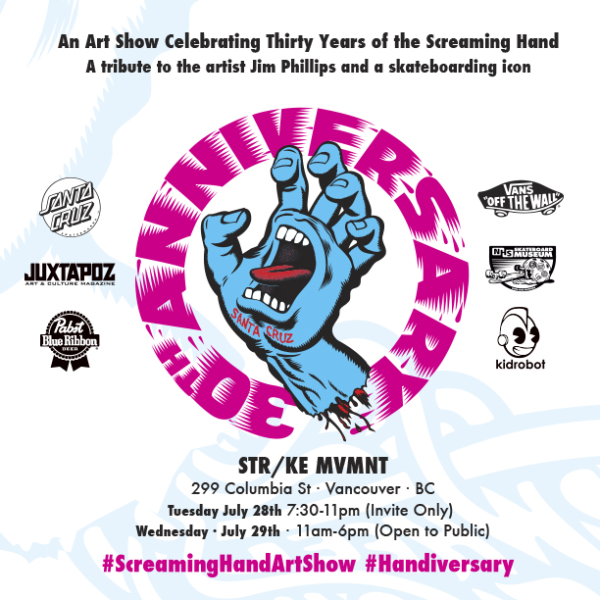