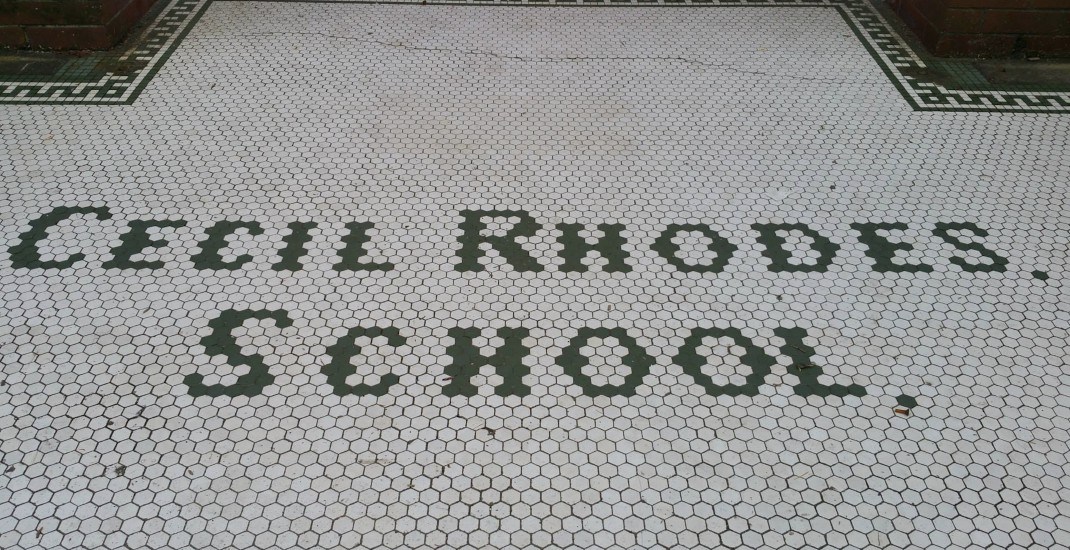 The Vancouver School Board has unanimously passed a motion to remove the Cecil Rhodes plaque at L’Ecole Bilingue Elementary school.

Urgent motion moved at the Board meeting in follow up. Passes unanimously. pic.twitter.com/2VG6L3rKis

This comes after Jennifer Reddy, OneCity School Trustee, submitted a motion to remove the sign from the school’s playground as a commitment to “acknowledge and address anti-black racism.”

L’Ecole Bilingue was known as Cecil Rhodes Public School until 1977. Rhodes was a British businessman and politician. He founded De Beers — the diamond mining and retail giant.

He served as the Prime Minister of the Cape Colony in the late 1800s and also founded the Rhodes Scholarship — an international award for postgraduate students to study at Oxford University in England.

Earlier this month, Patricia MacNeil, director of communications with the Vancouver School Board, confirmed with Daily Hive that the plaque at the school has since been covered.

The sign was originally a tile floor piece at the school’s old building. The school underwent a seismic upgrade in 2017 and the floorplate was placed at the basketball court.