Crash Gallery is art under pressure. CBC’s new show, which premieres tonight at 8:30 p.m., brings together artists from a variety of backgrounds and mediums and challenges them to create on the spot.

There is a time limit, they are competing against two other artists, and they are likely required to use tools they are not familiar with. It is a challenge that can lead to stunning results.

Vancouverite Jay Cabalu, who specializes in collage and pop art, is one of the artists participating in the show. He asserts that despite the competitive aspect of Crash Gallery the goal was still to produce work he believed in.

Will we see any of your collages on Crash Gallery?

No. The show throws challenges at you that are outside your comfort zone, which I think, in some cases, you might luck out. But I think the general idea of the show is trying to challenge the artists to broaden their horizons and really test how much artistry they can bring to a different medium. 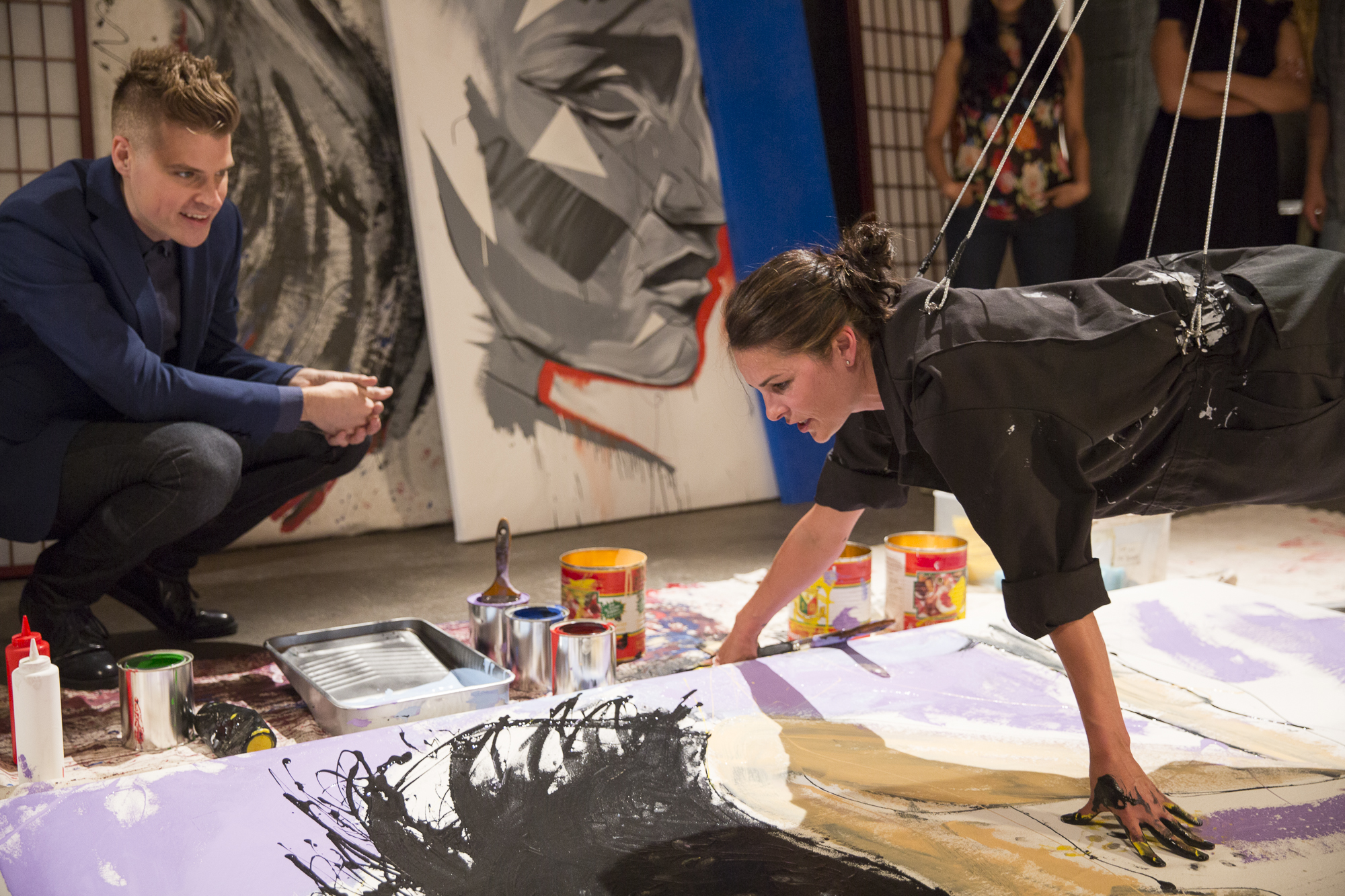 It’s a running theme with the artists that although they are in a competition the quality of the work comes first.

Body artist and dancer Tajah Olsen, originally from Malawi and now based in Vancouver, echoes the sentiment.

How did knowing you were competing change your process? 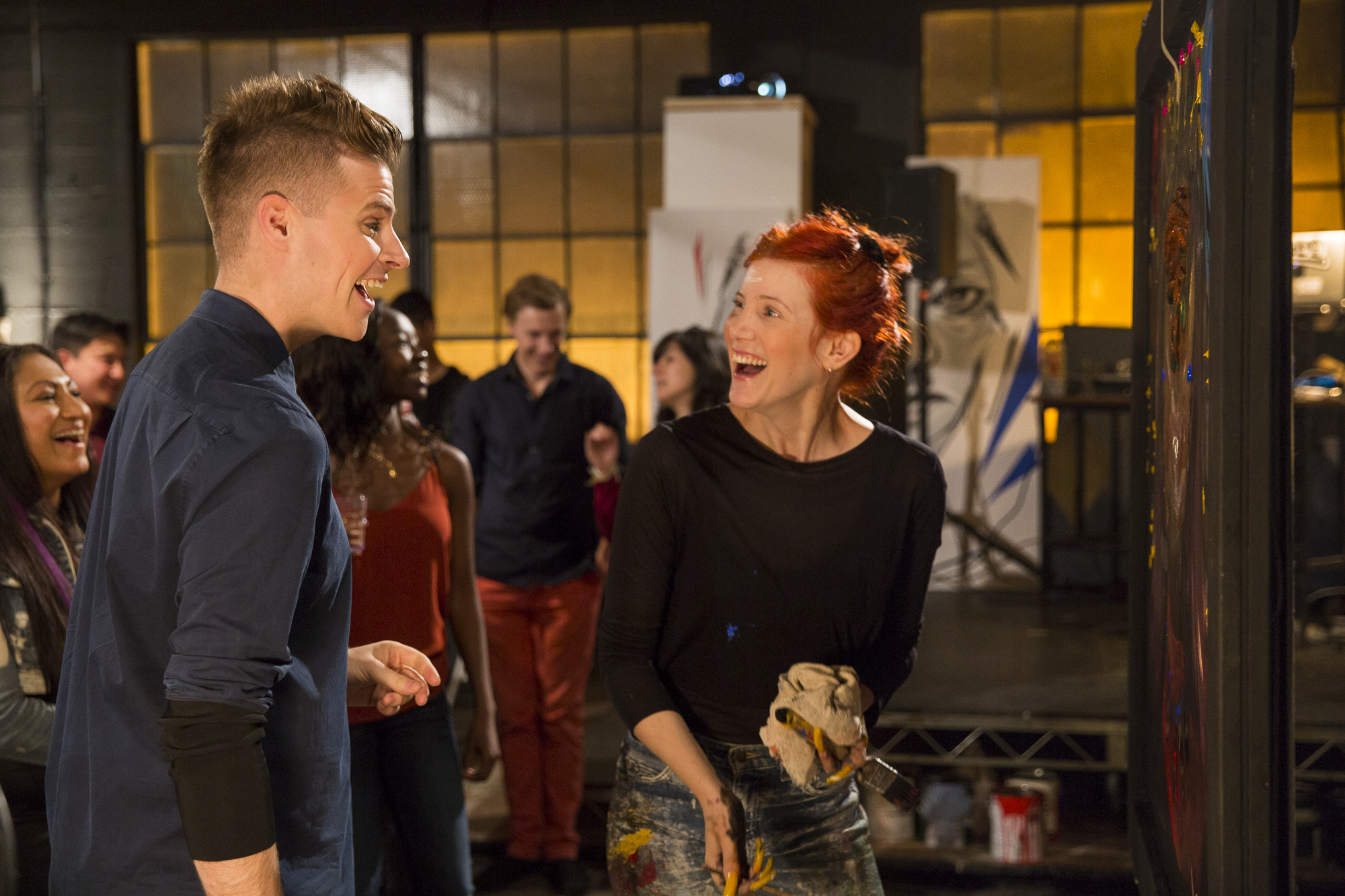 Host Sean O’Neill (Degrassi: The Next Generation) grew up an actor and now works at the Art Gallery of Ontario. He describes Crash Gallery as a ‘crazy fantastic experience.’

Attracting audiences who maybe do not feel like they would understand artwork is one of the challenges O’Neill faces in his work at the art gallery, and something he feels Crash Gallery has figured out.

Do you feel like you’ve learned anything from this experience?

We’re always thinking about ways we can connect people to art because I think art can seem intimidating to people. We’re constantly thinking about how to break down barriers between the visual arts and audiences, and I think in this show the ways that we have fun with art, the ways we encourage artists to step outside their comfort zones – we make art accessible, fun. I think museums in general can learn a thing or two from that.

The competition is done in front of a live audience who are very connected to the creative process happening before them. They surround the artists as they work and may even be called on to participate by bringing materials or adhering something to a canvas.