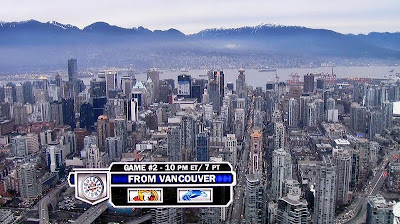 The CBC finally updated its aerial shots of Vancouver as can be seen during the game against the Ottawa Senators.This update was long overdue, is it really that hard to do? Now if only Global BC could update their background skyline shot. That should be easier as it is just a damn photo!
As for the aerial shots, wow! The density of the downtown peninsula is clear in these shots and to think city planners expect an additional 30,000 people and 50,000 jobs in the downtown core in the coming decade. Impressive and truly breathtaking. 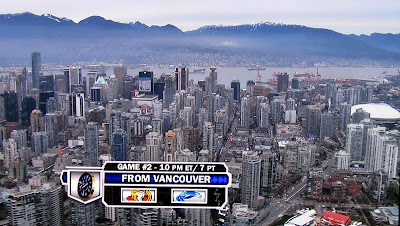