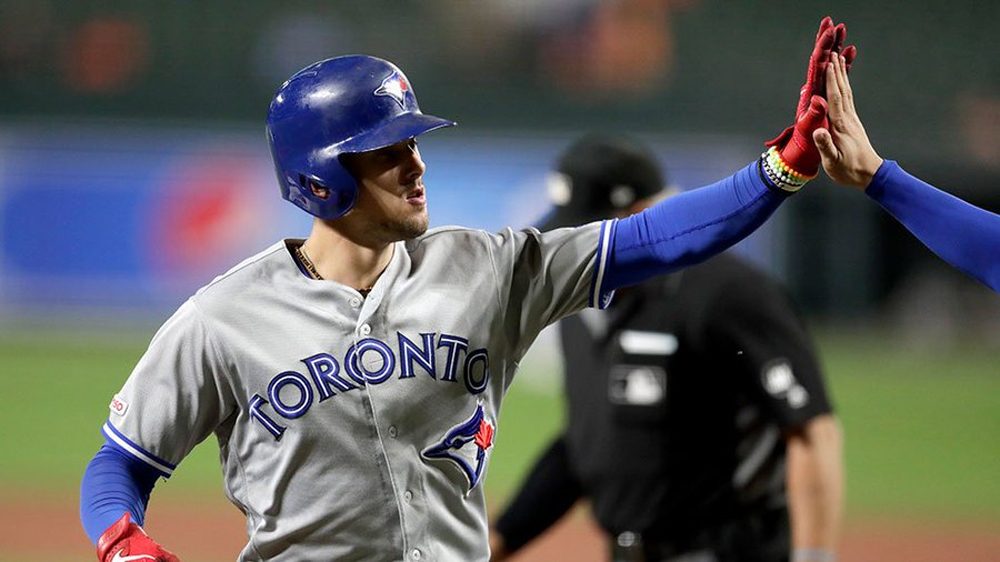 The Blue Jays’ core of rookies continues to break records and dazzle on the field. Second baseman Cavan Biggio was the latest phenom to enter the team’s record books.

During Tuesday evening’s game at Camden Yards against the Baltimore Orioles, Biggio did the unthinkable and hit for the cycle. His triple in the ninth inning completed the rare ultra-rare feat, en route to a 8-5 Blue Jays win.

In the process, the 24-year-old also picked up his first four-hit game of his young career.

Baseball players always say the triple is the most elusive part of the cycle, and Biggio just barely pulled it off. Had it not been for a misplayed ball by Mason Williams — who crashed into the wall and left with an injury — Biggio may not have pulled it off.

Biggio joins Kelly Gruber and Jeff Frye as the only hitters in Blue Jays history to hit a single, double, triple, and home run in a single game.

Biggio’s having an impressive rookie campaign and picked up his 15th home run of the season against the Orioles. The future is bright for young Cavan – the descendant of a Hall of Fame father, Craig Biggio.

In fact, as per Sportsnet Stats, with Cavan’s remarkable feat, the Biggios become only the second-ever father-son duo to hit the cycle, after Daryle and Gary Ward.