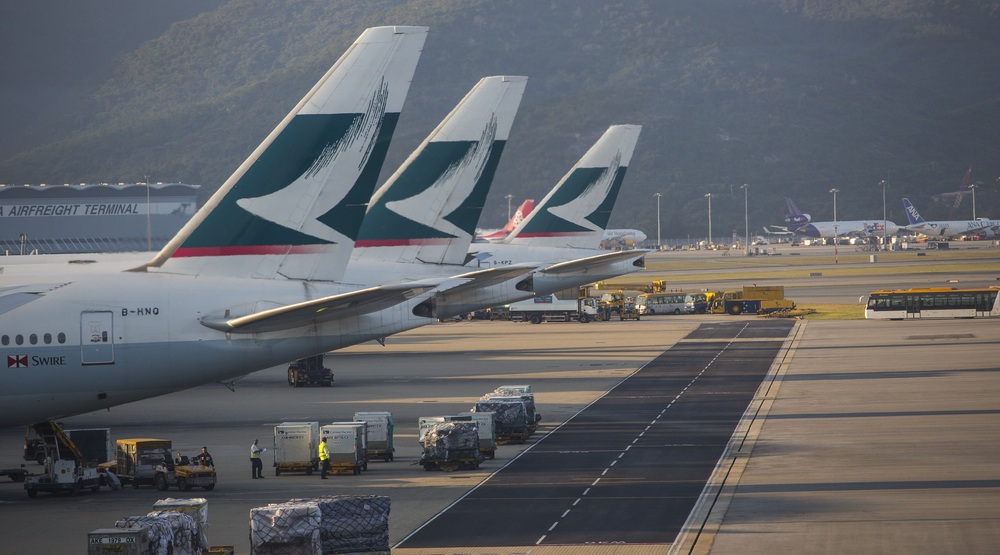 One of Vancouver International Airport’s (YVR) most frequent and longest direct international routes is set to become even more frequent.

Cathay Pacific announced today that it will increase its weekly flights from YVR to Hong Kong International Airport from 14 flights – two flights per day – to 17 flights. Altogether, this represents an additional 87,360 seats into YVR.

Comparable to the Boeing 787 Dreamliner, this will be the first time the new A350-900 will be used on a Canadian route.

The additional flights will be added on select days of the week and it represents a return to the route’s frequencies prior to the 2008 recession. From November 2007 to December 2008, the Hong Kong-based airline operated the YVR route with 17 to 21 weekly flights.

“It’s exciting to be able to grow our operations in Canada,” said Nick Hays, Vice President Canada of Cathay Pacific Airways, in a statement.  “As a China and Asia travel specialist, it’s our pleasure to provide more choice, convenience and world-class service to passengers travelling between Vancouver and Hong Kong and beyond to our unrivalled Asia and China network.”

YVR is also directly connected to Hong Kong by Air Canada’s daily non-stop service. With BC’s booming tourism industry and the continued addition of new and improved flight services, the airport is on target to reach a record 21.3 million passengers by the end of the year – one million more than 2016.