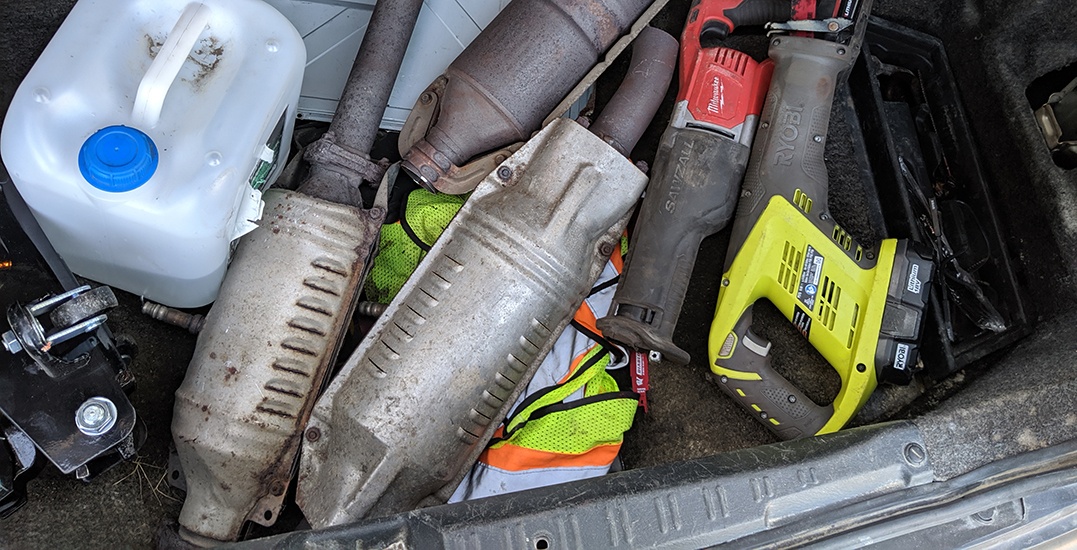 Two men have been arrested and are facing charges after multiple alleged catalytic converter thefts in Metro Vancouver.

Surrey RCMP says that one of the first incidents occurred earlier this summer, on July 15. Surrey’s Property Crime Target Team (PCTT) began an investigation after a report that a catalytic converter had been stolen from a car in the 12700 blocks of 76A Avenue.

Less than a week ago, two suspects were located and arrested in the 900 blocks of SW Marine Drive in Vancouver.

According to an RCMP statement, the two individuals were reportedly caught while trying to strip parts off another car. Police officers say they also found three catalytic converters in the trunk of their car.

Pelland has been charged with 10 counts, including Theft Under $5,000, Mischief over $5,000, and Driving While Prohibited.

Larson has been charged with Theft Under $5,000 and Mischief.

Police also tell the public that in order to protect themselves from being a victim of these crimes, it’s recommended to park in well-lit areas or in the garage, if possible. 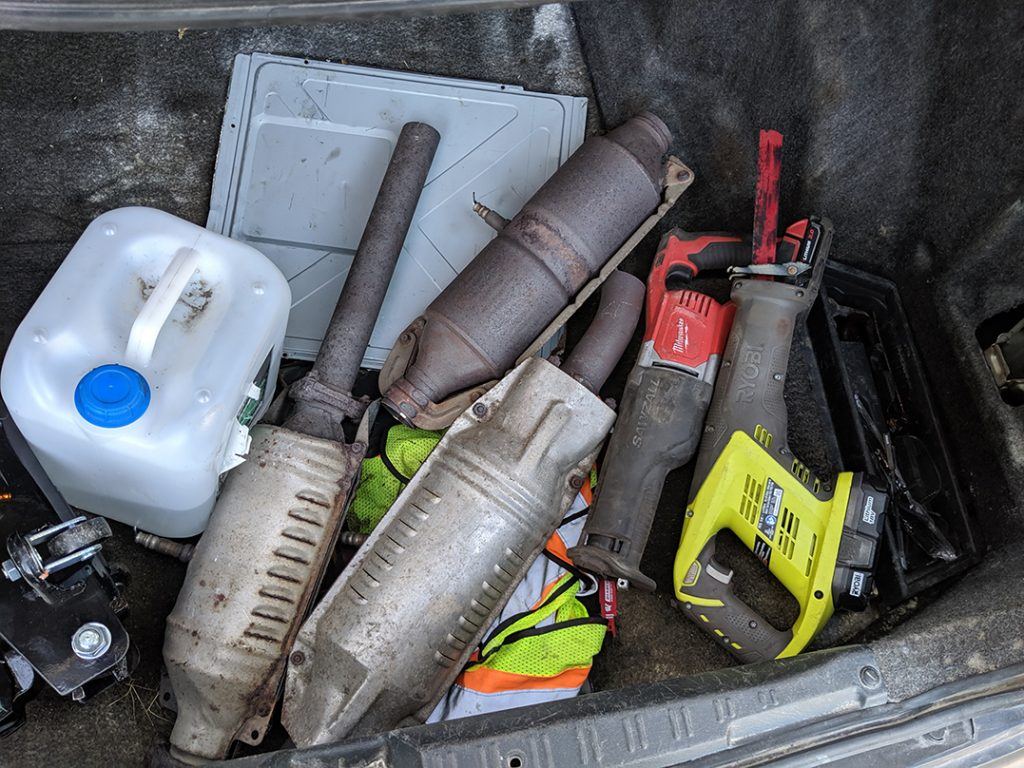