The BC SPCA is issuing a warning to pet owners after a tabby cat was found horrifically injured because he got stuck in his collar.

A Good Samaritan turned in three-year-old Ghost after spotting him wandering around Squamish severely emaciated and with his collar deeply embedded in the flesh behind his leg.

Squamish SPCA branch manager Marika Donnelly said Ghost had been homeless for several months, and as he lost weight his collar loosened and his right leg got caught behind it.

“The wound was just awful — it went almost to the bone. He was so happy to be found and is doing great after the surgery to close the wound,” she said.

Ghost only weighed five pounds when he arrived at shelter – he should have been 10 to 12. 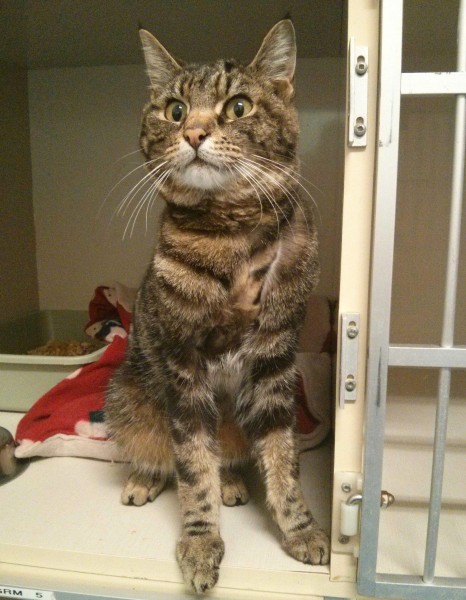 Ghost is recovering after being found horrifically injured in Squamish. (BC SPCA)

The animal welfare agency says quick-release collars you can purchase at your local pet store can prevent injuries like this, because they’ll break away if the animal gets caught or snagged.

As for Ghost, he’s in foster care recovering, but will soon be up for adoption.

Donnelly says he’s “ravenously hungry,” but is an “affectionate and loving” cat.

“You can tell he’s happy to be safe,” she said.

The shelter is accepting donations to pay his nearly $2,000 in medical bills. You can donate online here.