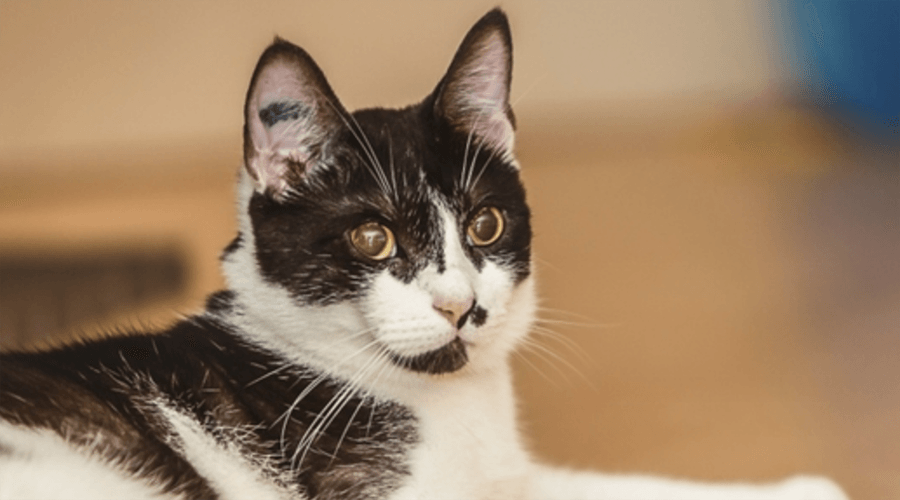 Wouldn’t this Christmas be a little bit merrier with a new furry friend?

Although the BC SPCA and Paws for Hope frown upon giving pets as presents, it’s actually a really ideal time to adopt if you’re given serious consideration about saving an animal and the responsibility of pet ownership.

“Families are more likely to be off work or school during the holidays and have more time to spend with each other and with their new companion animal,” said the BC SPCA’s Lorie Chortyk.

The animal welfare group has thousands of great animals up for adoption right now. Vancouver Orphan Kitten Rescue (VOKRA) is also in the middle of a kitten boom and has hundreds of fantastic felines just waiting for their new hoomans. VOKRA advocates kitties be adopted in pairs, so these super social animals will always have a buddy in their life.

Here are 17 kittens and cats up for adoption right meow from the non-profit groups. And please, please, please, if you’re going to get an animal, please skip the pet store and opt to adopt.  Not only are you saving a life, you’re also freeing up space in the shelter for the group to take in another worthy animal.

Although River is only a year-and-a-half old and Hunter is eight, these kitties are perfect compliments to one another. River is constantly on the go, whereas Hunter is a total snuggle bug.

River is what you’d call a curious and vocal feline: he loves chasing anything tied to the end of a stick, fishing rod style, and is also a big meower, whether it’s for food, or just trying to get your attention. Hunter has a graceful presence and always greets his foster family at the front door. He loves his cardboard box bed.

Hunter and River are a bonded pair, whose wrestling sessions often end with them falling asleep intertwined. VOKRA would like to see these gents adopted to the same family.

Mickey and Gerry were rescued from a feral cat colony, but you wouldn’t know it now. These sweet kitties are best friends, and have decided that living in a home is the BEST. These two loves chasing the laser pointer, batting around balls and toilet paper rolls. Mickey will even throw a ball in the air for herself to play with.

Both kitties are very big users of their scratching post, according to VOKRA. They’re bonded and must be adopted together. They’re okay with other cats and great with older kids. 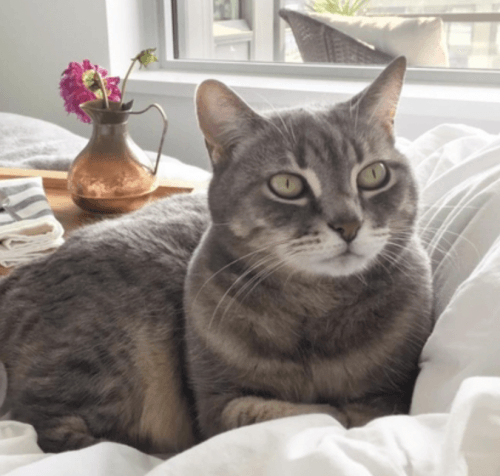 Don’t let Ashy’s age fool you. Though she’s 12-years-old, this sweet girl is agile and youthful and is very affectionate. She’s independent during the day and prefers to be the only cat in the household.

This sweet girl is very well behaved and would be the perfect fit for a family who is willing to give her the attention she deserves. Ashy will flop on her back when she wants a belly rub. 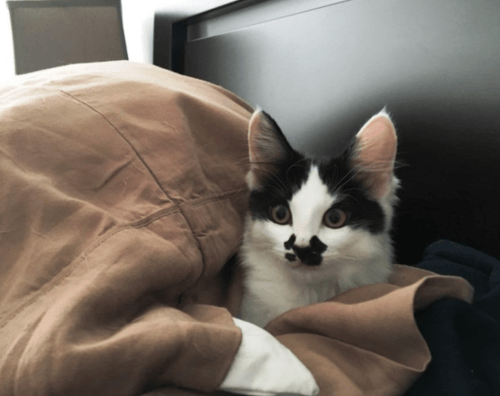 Personality plus this little Miss Moustache is. Bentley is a four-month-old kitten that loves playing and will pounce on anything that grabs her attention. But it’s not all “go go go” all the time: She also loves sleeping on her foster mom’s chest or lap at night.

VOKRA would like to see Bentley adopted alongside another kitty. She’s okay with other cats and older kids. 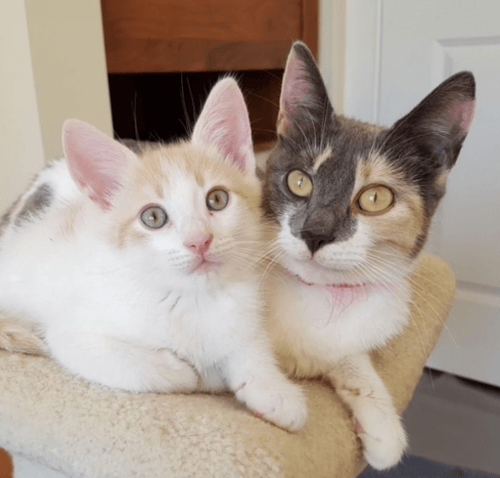 Named after the Game of Thrones dragon who is a beautiful gold and cream colour, Viserion is normally quite calm but “kicks it into high gear” when he’s playing with other kitties. This five-month-old kitten will be a fun and entertaining addition to any family!

Viserion is very bonded to his mom, the aptly named Khatleesi, and they can often be found snoozing snuggled up together. Khatleesi loves her humans and at just shy of two-years-old she’s still very much a kitten herself. She loves catnip and playtime. VOKRA would like mom and son to be adopted together. 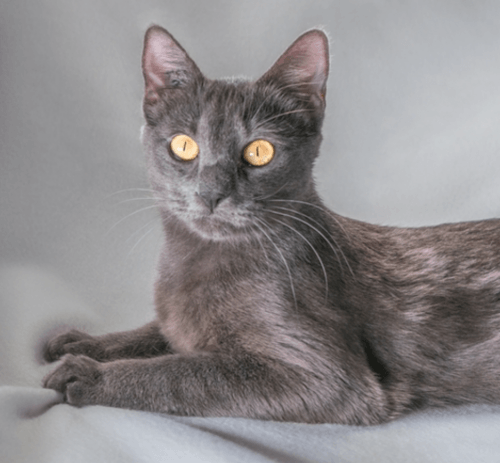 This sweet two year old recently had a litter of eight kittens, but now this mama is ready to shine solo. She’s slowly turning into a lap cat and has already mastered giving nose kisses.

Some of her favourite things include sitting in front of a warm fireplace, watching birds outside from the comfort of her cat tree, and hiding under the ottoman.

VOKRA says Kira would do best in a home with no children or other pets. 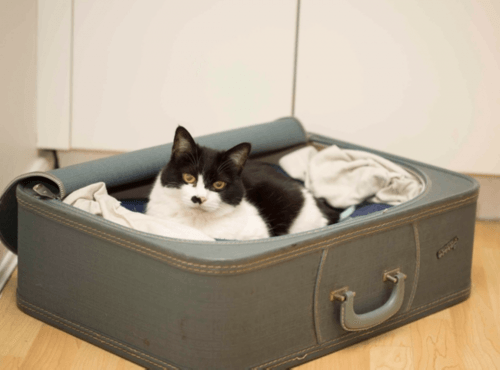 This 13-year-old has a distinctive dot on her mouth, and has a cute little meow she uses as a greeting, or to let you know when she would like a pet, thank you very much.

Initially a bit shy around strangers, she is incredibly cuddly once she warms up to you, and loves being picked up. Through VOKRA. 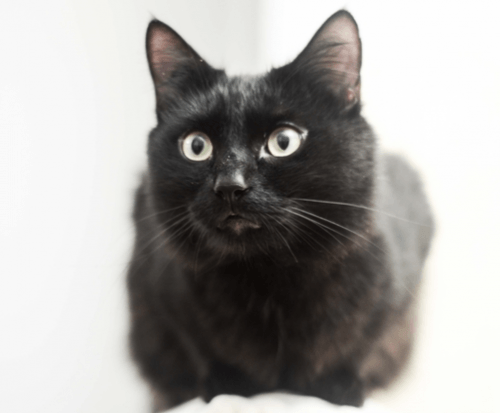 Some cats prefer being the solo feline in the house, but not Rayne. He is super sociable and would do well with a family that has another feline companion. He loves being with other cats.

Some of Rayne’s favourite things? Spending time with his hoomans, watching the world go by and playing with his toys. Sounds like a pretty nice life, actually. Through VOKRA. 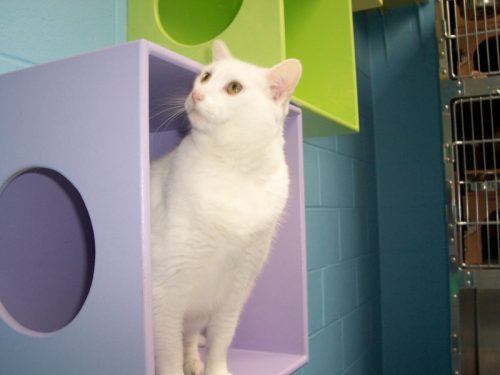 Like laying around and being pampered? So does Cleo. This 13-year-old is the definition of a lap cat and chilling out on the couch is pretty much her speed. Her quiet affection is endearing, and it would be just lovely to give this queen a retirement home.

She is good with other cats, but gets overwhelmed by kids. She’s not a big fan of dogs.

Meet Cleo at the Maple Ridge BC SPCA. 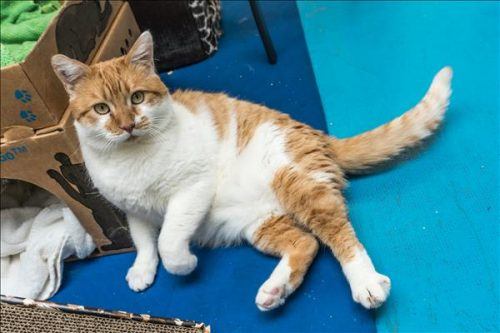 This four-year-old orange tabby was abandoned on a farm in Williams Lake and found him in the big city thanks to the BC SPCA’s Drives for Lives program.

This handsome boys loves being around people and having lots of playtime. He would be best suited to an adult only home, though older, cat-savvy kids may be okay, according to the BC SPCA. He’s not overly keen on other cats so shelter staff believe he’d be best in a house where he’d be the only cat.

Meet Taurus at the Vancouver BC SPCA shelter. 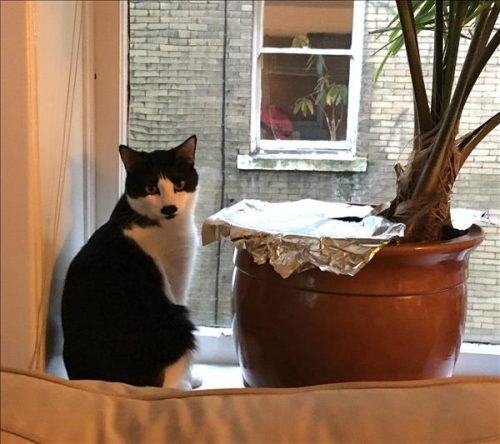 Doesn’t everyone need a little awesome in their life?  Although Awesome was a shy kitty in his foster home, he has blossomed into a joyous fellow that loves playing with his foster parents and their kitty.

Just shy of two-years-old, Awesome is still very much kitten-like, and loves playing hide and go seek. He’ll actually come up and tap your knees with his paws. After supper though, this sweet boy loves to curl up on a warm lap.

He’s been in BC SPCA care for 160 plus days now, let’s get him a home for the holidays! 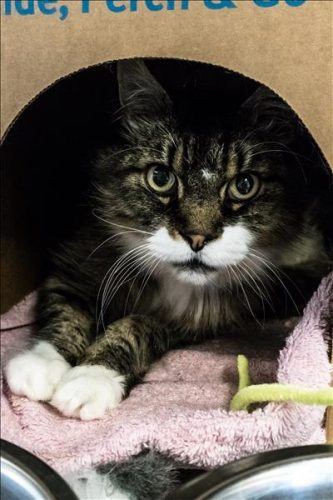 Poor Zac didn’t have the nicest adult life. He lived in an alley for several years. The nice woman who looked out for him had to move, so he found himself being taken in by the BC SPCA.

Unlike a lot of cats, Zac doesn’t mind dogs. He’s good with little dogs especially. This handsome gentleman would move and settle in easily and would be okay if you work. An adult only home is preferable.

Meet Zac at the Vancouver BC SPCA branch.

These pretty kitties are a package deal. Mochi and her brother Hiro are inseparable and love to play together 24/7. VOKRA says Mochi is quite motherly, and loves washing her brother behind the ears and snuggling with him.

But although Mochi loves playtime, and enjoys exploring her surroundings, she’s also a big snuggle bug and will happily curl up on your lap for some pets. Both kitties are okay with older kids only.