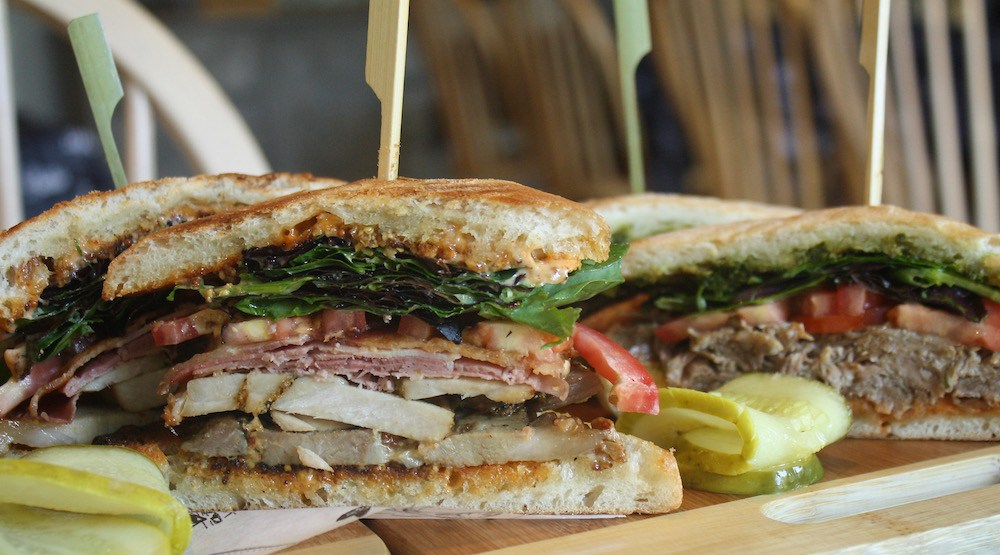 There’s a sandwich shop in a nondescript industrial strip mall off King George Boulevard in South Surrey that is serving up some of Metro Vancouver’s best sandwiches. Called The Carvery, this super casual joint is the stuff sandwich dreams are made of, and is worth every penny you’ll spend in gas to get yourself there.

You’ll want to bring your appetite, though, because the creations chef-owner Bryan Mendiola and his head chef Gilles Gamboa are coming up with are not only really big deals, but really big bites.

The Carvery and their menu of killer sammies is giving the space that was once the beloved Sheila’s Deli a sort of next-gen life. There’s a menu of a dozen regular selections along with rotating daily features, as well as a selection of housemade soups. 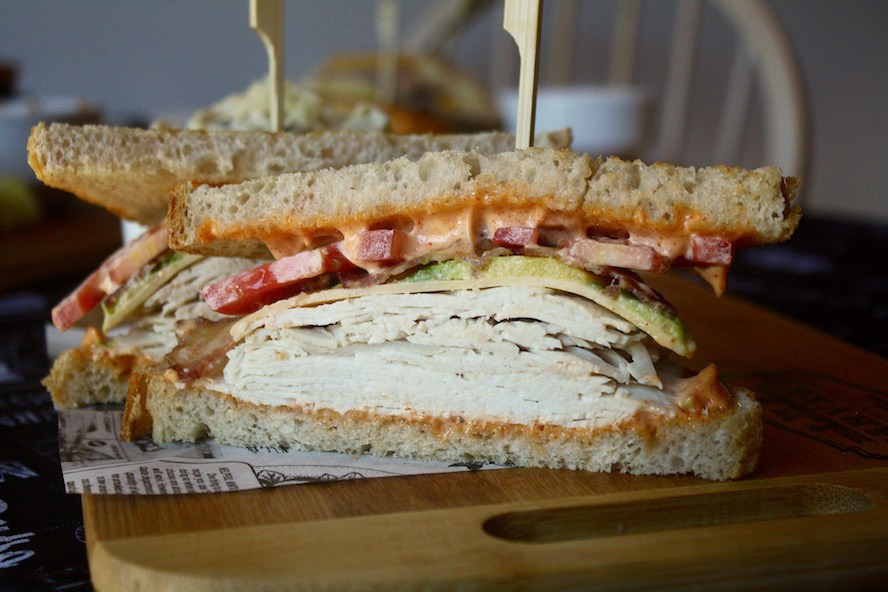 They’ve developed quite a following since their February 2016 debut, and take heed when their customers fall in love with some of their sandwiches from the specials side by adding them to the regular menu.

Packed and stacked, The Carvery’s sandwiches can credit as inspiration Mendiola’s extensive travels in North America and abroad. The Filipino-born Surrey resident was hooked on cooking as a teen, earning his Red Seal at age 19. Mendiola says his family’s love of food and gathering has had an enduring impact on how he sees food. 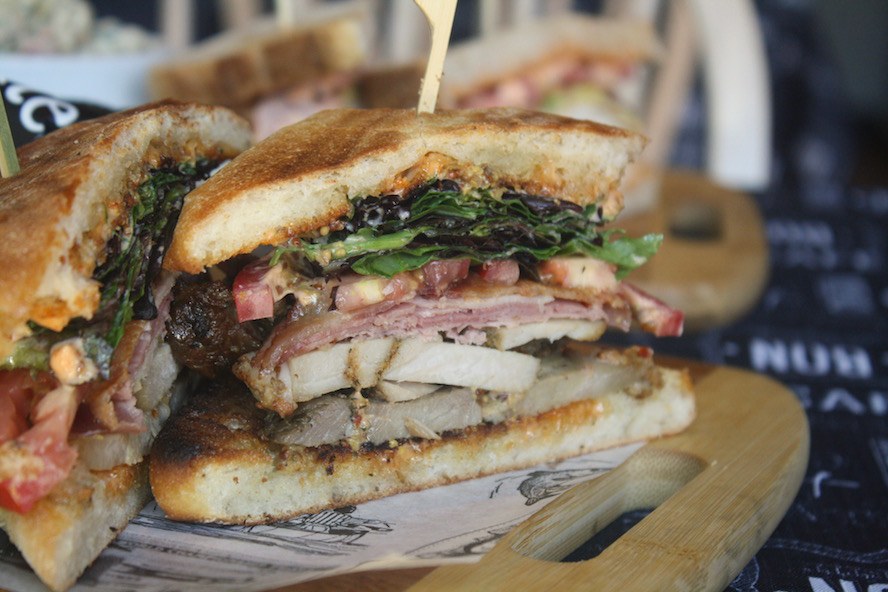 “We don’t have dinner,” he laughs, when we chat just ahead of a lunch rush at The Carvery. “We have buffets!”

Mendiola says, though, that he felt Filipino cuisine was well-explored territory to him, and, after all, he was “the guy bringing Canadian food to [family] events.” Not afraid to push his own boundaries, Mendiola says he’s always been more of a food creator than obeyer.

“I wanted to create recipes, I didn’t want to follow them,” he explains.

And so he breaks a few rules along the way, still arriving at delicious. His Cubano sandwich is a prime example. The caterer turned car salesman turned Carvery owner says his time in the States provoked his take on the Miami classic, but on his version you’ll find a little poetic license in the form of paprika aioli. 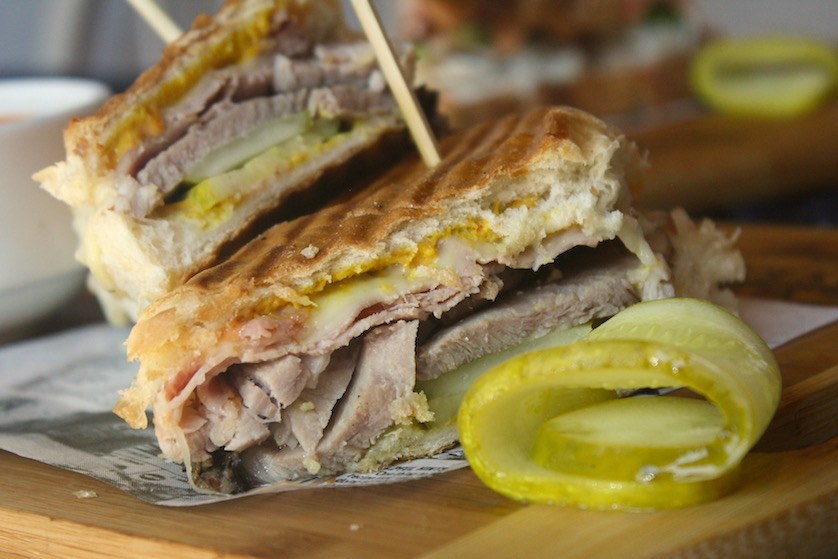 The result is the kind of juicy, meaty, savoury sandwich that will store itself on your memory bank and be exactly the kind of sandwich you’ll file under “Crave-able.” Oh, am I projecting? So be it. The Carvery’s Cubano is a killer sandwich you’ll want to come back for again and again.

But if you do want to veer from their signature ‘which, they do a helluva lot of other things that people swear by, from their weekend porchetta or BBQ beef brisket sandwiches, to their tasty pasta side salads, or specials like a charsiu pork banh mi. Soups like the Buffalo Chicken Chowder are made from scratch and are full of big flavour. 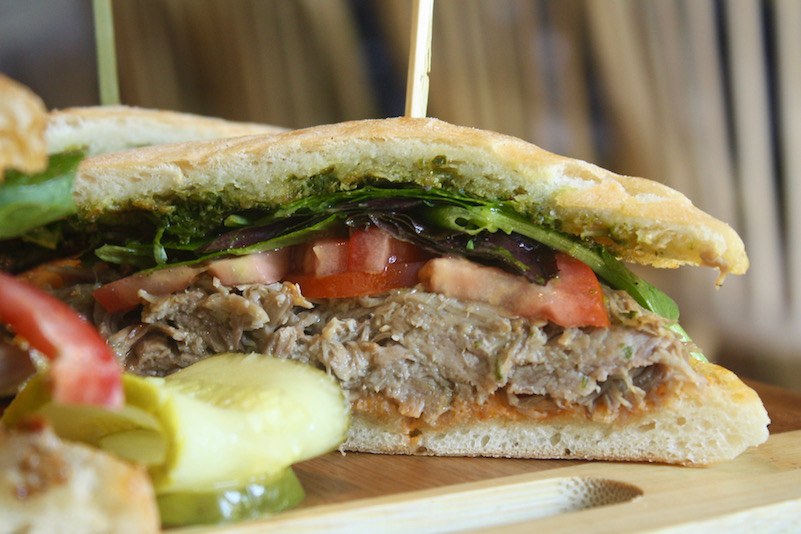 While The Carvery is all about using fresh ingredients and “going back to the basics” of making things like sauces in house, as they do, Mendiola understands that half of the sandwich experience is about the bread. Sourcing from Vancouver-area bakeries like Stuyver’s and A Bread Affair, The Carvery pairs breads with sandwich fillings in a thoughful partnership.

“Our breads have to be light, but can carry ingredients,” Mendiola explains. “I take my bread seriously,” he adds.

And, seriously, you should get to Surrey to check out The Carvery.

The Carvery is open seven days a week from 11 am to 4 pm, closed on holidays.