Over the weekend, I was invited by the good folks at  Mini Langley, to take the 2011 Mini Cooper S Convertible for a rip around the Valley. Now, when people think, “Valley” many seem to envision droves of thick necked, Ed Hardy types in spotless, lifted, turbo diesel pickup trucks, cruising a single solitary strip. This, my friends, could not be further from the truth. While there may indeed be a surplus of spotless, lifted turbo diesel pickups, making their rounds, based on my experience it was mostly smoking hot babes on their way to some out of the way lake with a couple flats of delicious Palm Bay in the back of the truck. My mission, however, was not to chase valley girls, but to see how much fun I could have with 172 turbocharged ponies and miles of twisty, hilly back roads out past Fort Langley. 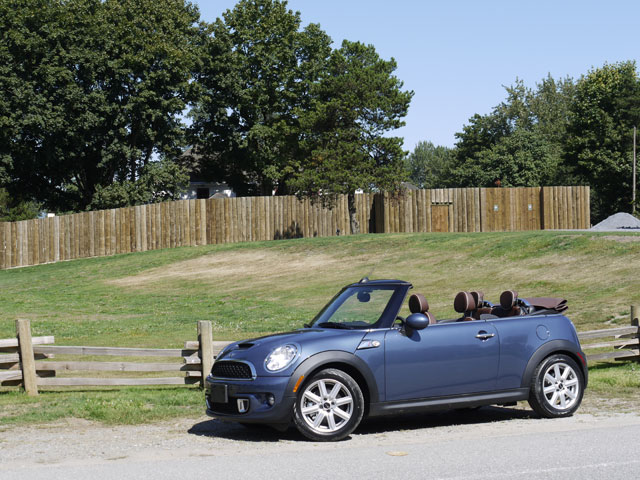 Established in 1827 as an outpost of the Hudson’s Bay Company, the original Fort Langley was built along the banks of the Fraser River as a way to ensure the Bay’s monopoly on the lucrative fur trade. Having been scared shitless on a trip down the raging Fraser in 1828, Governor George Simpson, decided to pull up stakes and move 40 clicks west to set up the Hudson’s Bay Pacific Depot at Fort Vancouver. These days, Fort Langley is the main historical attraction in the town of the same name. Picturesque to the point of being otherworldly, the little town of Fort Langley is the type of place we all dream of retiring to.(no, not really, but it’s very, very nice!)  Tree lined streets and well kept heritage homes are de-rigeur, as are well appointed antique shops, cafes and more often than not, a movie or TV show being filmed. Straight out of a picture book, I tell ya. 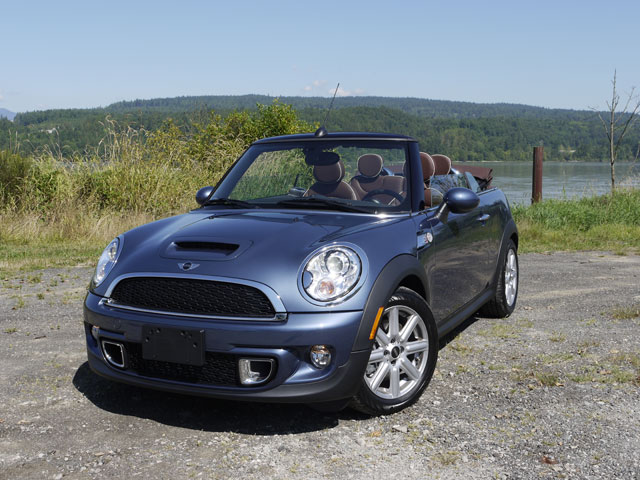 I turned onto River Road, recommended to me by one of the locals as a great stretch of asphalt upon which to stomp on the gas. The Mini’s acceleration, while not particularly astonishing on paper, feels more intense due to the car’s diminutive size and weight. Like an oversized go-kart, the Cooper S hugged corners at speeds which would fling a Camry out onto Farmer Brown’s prized cow grazin’ field. And because of its short wheelbase, the mighty Mini felt like it was about to lift off when cresting the rolling hilltops of the Fraser Valley at 120 km/h. Very fun. Power to the wheels comes from a 1.6 liter turbocharged four banger, putting down 177 foot pounds which is mated to a semi automatic 6 speed, compete with paddle shifters. (Wooo!) The combination of easily controlled power and wasp like maneuverability made my little sprint along the banks of the Mighty Fraser feel like something out of one of those 70’s era Riviera Rendezvous films. Also, very fun. And all that fun comes at a very reasonable 32 mpg. This is no guilty pleasure like some pig on gas Ferrari. This is the responsible person’s joy rider. What did they say, back in the day? Oh yes, It tastes great and is less filling. 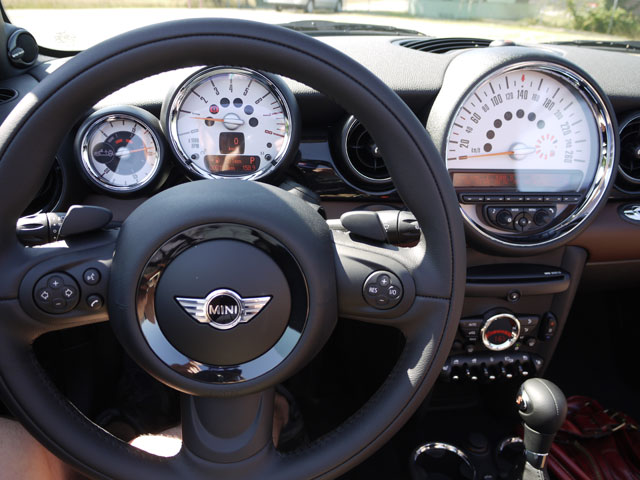 Now folks, here’s the part where you get to have a chance at some fun. Because, I, and the folks at Mini Langley are so damn nice, we’re giving you, our beautiful and talented readers, the chance to win a 3 day whirlwind romance with a Mini. And that’s not all! In addition to 3 days of tearing around town like Michael Caine in The Italian Job, you’ll get a $500 gift card to spend as you wish at Central City Shopping Centre. So make sure you hit “like” on their Facebook page. and before I forget, there’s one day left in BMW Langley’s  5-Star Luxury Weekend Getaway. Valued at $1000, it’s your last chance to win a couple of days with a BMW 335i convertible, a one night stay at either Opus Hotel, downtown, or a sleepover at the romantic and relaxing Whistler Four Seasons. Oh, and dinner. (Take my word for it, you’ll want to hit the Sea to Sky with that Bimmer, definitely. So pick Whistler) Click that “Like” button by midnight, Aug 31, if you wanna win. 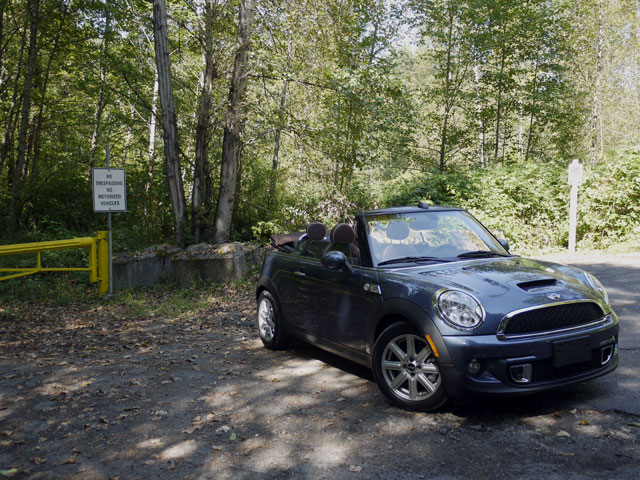 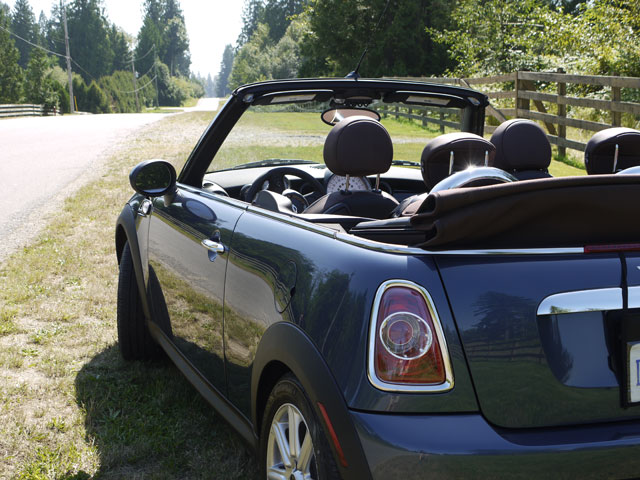