Once upon a time during the pre-historic era, the cold weather signaled humans to hunt and store for survival. We’ve certainly come a long way since then. In fact, within the past several years, the common cold cuts found at your local sandwich chain have gone upscale with delectable and sophisticated charcuterie platters often paired with wine, cheese and condiments. Today, cured meats are popping up on menus all over, including some of the hottest dining destinations around Vancouver.

But if dropping your hard-earned money on a regular basis doesn’t fancy the pocketbook, consider Carnivore Club, a new Canadian online business that launched on Indiegogo and just passed its crowdsourcing goal of raising $10,000.

Carnivore Club is subscription-based service. For $50 per month, four to six of the highest quality charcuterie is shipped right to your doorstep. The meats won’t be the average grades found at your local grocer, but rather have a global, top-tier selection and story behind it. Upcoming examples of the cured meat features include duck breast prosciutto, Pata Negra Iberico ham, Culatello, five-game terrine, bison jerky, just to name a few and tantalize your taste buds.

Coming soon to the Carnivore Club repertoire for subscribers is Vancouver’s very own BHK Jerky, the mouth-watering Singapore style beef and pork jerky, funded in 2011 on Dragon’s Den by Boston Pizza’s (aka “Vancouver Pizza” – Go Canucks go) chairman and founder, Jim Treliving. It’s expected to be featured in an early 2014 box of Carnivore Club. Additionally, Carnivore Club said they would offer a selection of B.C.-only charcuterie boxed and shipped in the first quarter of 2014.

Dragon’s Den also has a connection with one of the founders of Carnivore Club. President and co-founder, Tim Ray, had his past start-up focused on grocery group buying, Foodscrooge, featured on the popular CBC show in 2011 and successfully funded. Shortly after, TorStar Inc. acquired Foodscrooge, today operating it under its WagJag Grocery banner. 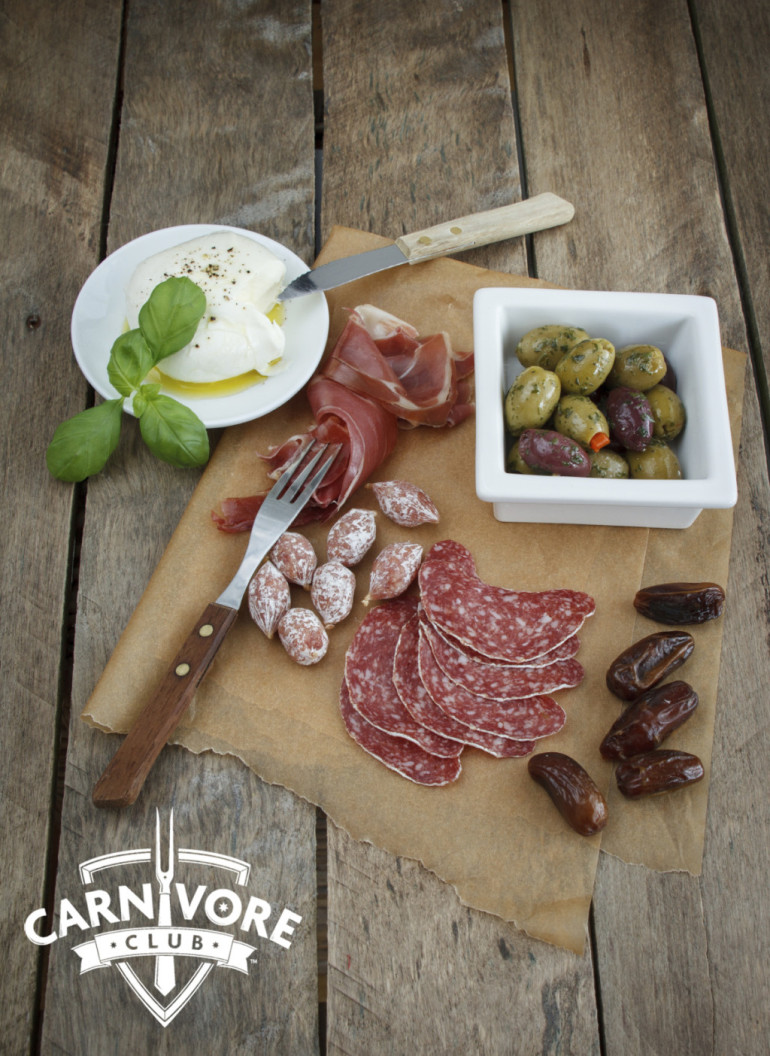 Carnivore Club sounds like a meaty combination of tasty treats, convenience and a perfect package to receive monthly for entertaining or self-enjoyment. If you can’t wait to sink your teeth into some of the finest meats of the world on a monthly basis, sign-up for Carnivore Club directly online. Or, get something beyond charcuterie through their Indiegogo campaign.

Carnivore Club’s inaugural boxes ship at the end of October to residents in both Canada and the United States.