Qualtrough is now Minister of Sport and Persons with Disabilities, and she seems to be suited for the position.

Can’t wait to join you and all our fellow MPs in Ottawa @cathmckenna pic.twitter.com/zWLrDr1yo5

Qualtrough was born visually impaired and competed in the 1988 and 1992 Paralympic Games for swimming in Seoul and Barcelona, where she won three medals. She attended the University of Ottawa where she earned a political science degree and then a law degree from the University of Victoria.

She’s the vice-chair with the Worker’s Compensation Appeal Tribunal of BC and was working as a legal counsel for the BC Human Rights Tribunal and the Canadian Human Rights Commission. 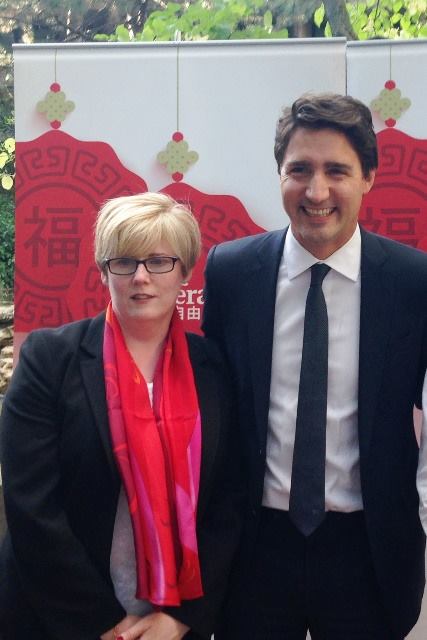 Adding to her long list of accomplishments in human rights is her volunteer experiences related to sports. Qualtrough was Director of Inclusion and Director of Sport Initiatives for the 2010 Legacies Now Society which involved developing a strategies for the 2010 Olympic and Paralympic games. She’s been named one of Canada’s most influential women in sport on six different occasions.

In recognition of her work, she was the recipient of Queen Elizabeth II’s Diamond Jubilee Medal in 2012.

Qualtrough lives in Delta with her husband is a mother of four.