Coquitlam RCMP are on the hunt for an allegedly impaired driver who ended up crashing three times and carjacking a vehicle as he fled police on Thursday.

At 10 am, police responded to a call reporting a possibly impaired driver in a parking lot in the 3000 block of Lougheed Highway.

When police arrived on the scene, the driver sped away from the parking lot in his truck– but not before hitting another vehicle in the process.

Undeterred, moments later, the suspect crashed his truck again, this time on the railroad tracks at Westwood Street and Kingsway.

Still undeterred, he then carjacked another vehicle and sped away again, but got into a third crash, rendering the just-stolen car useless.

The suspect was last seen running away from Kingsway Avenue near the Coquitlam River. 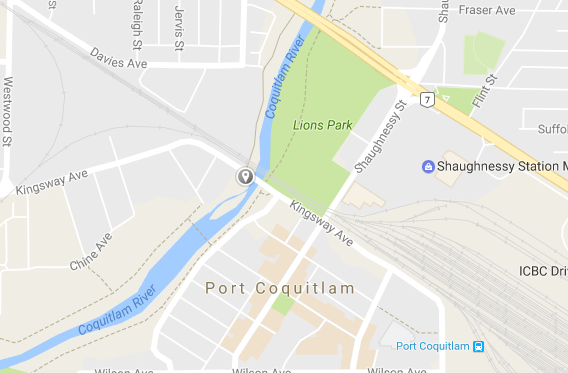 Due to the potential for public endangerment, police did not pursue the driver as he sped, explained Coquitlam RCMP.

“Fortunately, no members of the public have been seriously hurt, but causing three collisions and carjacking a vehicle is obviously beyond reckless,” said Cpl. Michael McLaughlin.

“We have many police officers working on this file including Air One and RCMP Police Dog Services. We have a suspect in mind and are actively looking for him.”

The suspect has been described as a darker-skinned man in his 30s.

He has short hair, tattoos up to the neckline and a black, Crooks and Castles hoodie with a gold chain.