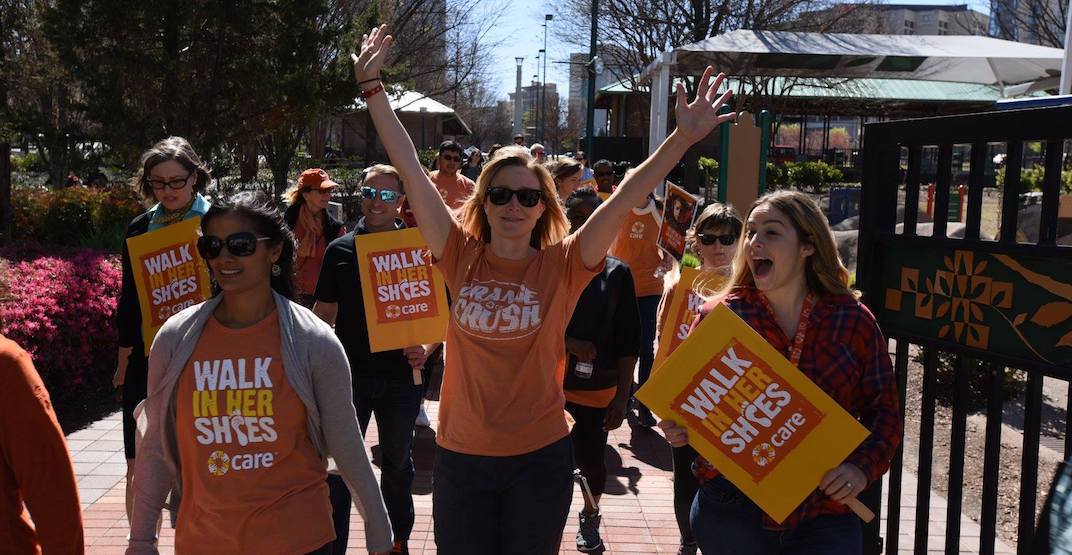 International charity CARE will host their sixth annual Walk In Her Shoes march next month to raise funds and awareness for the empowerment of women and girls across the globe.

Walk In Her Shoes will take place on Sunday, March 4 starting from Vancouver’s Creekside Community Centre.  The march encourages participants to walk 10,000 steps in solidarity with women and girls in developing countries, who, on average, have to walk 10,000 steps daily just for their basic essentials.

The march is part of CARE’s international #March4Women campaign, which is a month-long effort to empower women in over a dozen countries, and takes place in conjunction with International Women’s Day on March 8.

Over a thousand attendees are expected to participate in the event, with schools from across the Lower Mainland also marching in their own communities.

Barbara Ross-Denroche, chair of the Vancouver council for CARE Canada, said in a press release that the Walk In Her Shoes march has drawn a diverse crowd in past years.

“The community spirit generated by Walk In Her Shoes is contagious, last year, we saw women, girls, men and boys, proudly walking together to show that Vancouver cares about those whose potential is held back by poverty and inequality,” she said in the release.

CARE will also host other Walk In Her Shoes events in other Canadian cities, with events planned in Calgary, Edmonton, Kelowna and Ottawa.

This will be the first women’s march to take place in Vancouver since January, when March On, Vancouver! drew thousands in support of gender equality.