Car2Go is making major changes to their Metro Vancouver home area by eliminating service to Richmond and the western part of North Vancouver.

The car share company expanded their coverage to Richmond back in December of 2014, but have since found their vehicles sitting idle in the city for 13 hours a day. In North Vancouver, it can be up to nine hours.

The average idle time in other parts of Vancouver is two hours.

“What we feel is that by repositioning these vehicles back within the revised home area, we’re going to improve the concentration of vehicles in higher demand areas,” Car2Go Vancouver’s Justin MacDonald told Vancity Buzz.

MacDonald said the result will be more access to vehicles where customers need it most.

That said, there will be three key spots where Car2Go users can still access vehicles in Richmond: the airport, Kwantlen University campus, and Mitchell Island at Badminton Vancouver and 6Pack beach.

The changes will come into effect February 1. Coverage in Vancouver totals 109 square kilometres.

Vancouver currently has the largest fleet of Car2Go vehicles, including 1,250 Smart Cars and 25 four-door Mercedes-Benz B-Classes.

Here’s an updated map of the new home area: 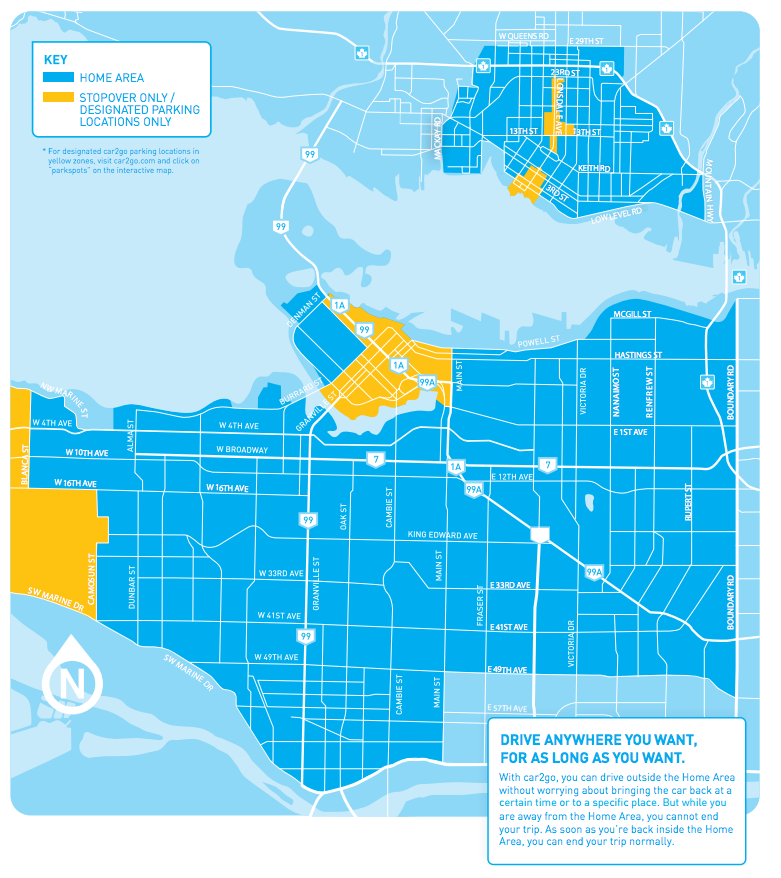