Car sharing service Car2Go has donated $100,000 to Covenant House. The company put out a call to members to select a favourite local charity to donate the sizeable sum of money to, and Covenant House was the overwhelming favourite.

“It’s a big chunk of money for sure and we’re super excited about it because we’re an organization that’s majority privately funded.”

The fact Covenant House was voted as the top charity by Vancouverites to receive the donation, tells Klassen people view them as a worthy organization.

“It’s always great to have that vote of confidence from the community,” he said.

Covenant House has no specific plans for the money other than to continue to care for the city’s most vulnerable members: homeless youth. Klassen said there are 500 to 1,000 youth on the street each night in Vancouver.

“This incredible gift is going to allow us to continue to help the homeless young people of Vancouver and really help them to avoid the harsh reality of life on the streets,” he said. 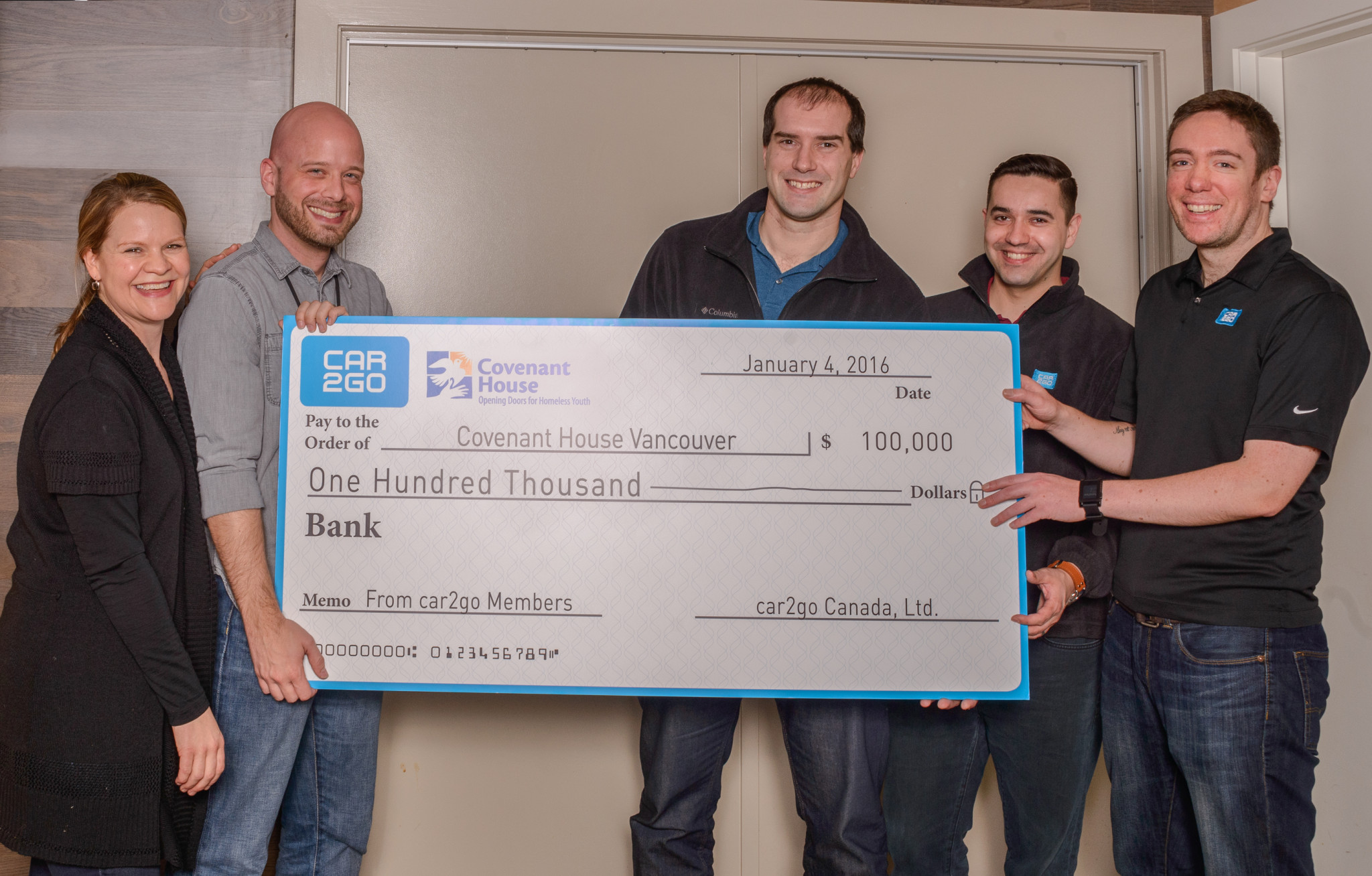 Other charities Car2Go has donated to in the past include Canuck Place Children’s Hospice, the Kid Start Mentoring Program, and Leave Out Violence Vancouver.

“This is a community we’re a part of. There are people in need and we have the resources – it just makes sense to give back generously,” said MacDonald.