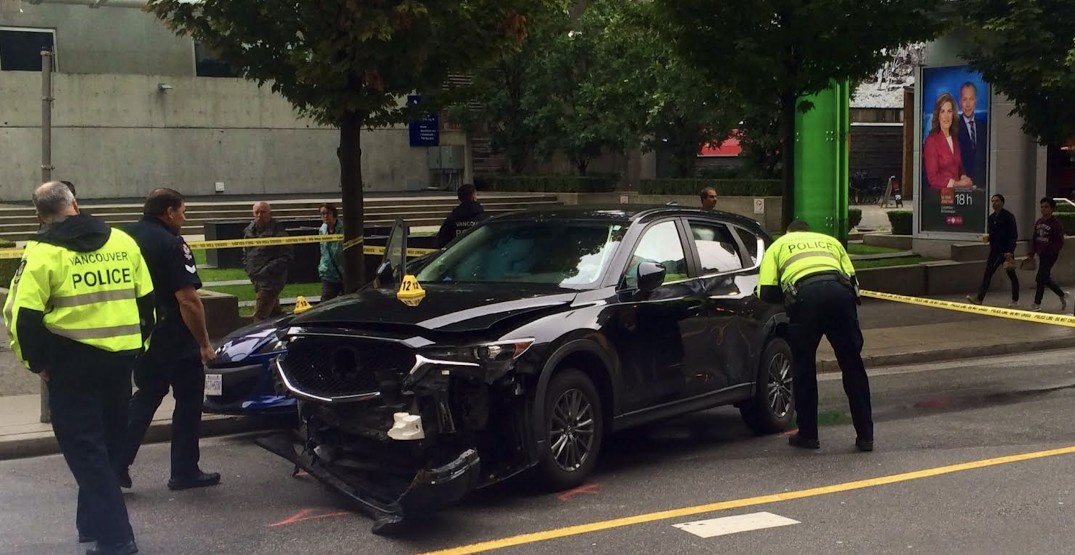 Police are on the scene in downtown Vancouver after an alleged car-jacking led to multiple collisions and a pepper spraying incident this morning.

Police received a call around 8:40 am from a man reporting he had just been pepper-sprayed in the parking lot at Cambie and Pender Street by a man who then took off in the victim’s car. 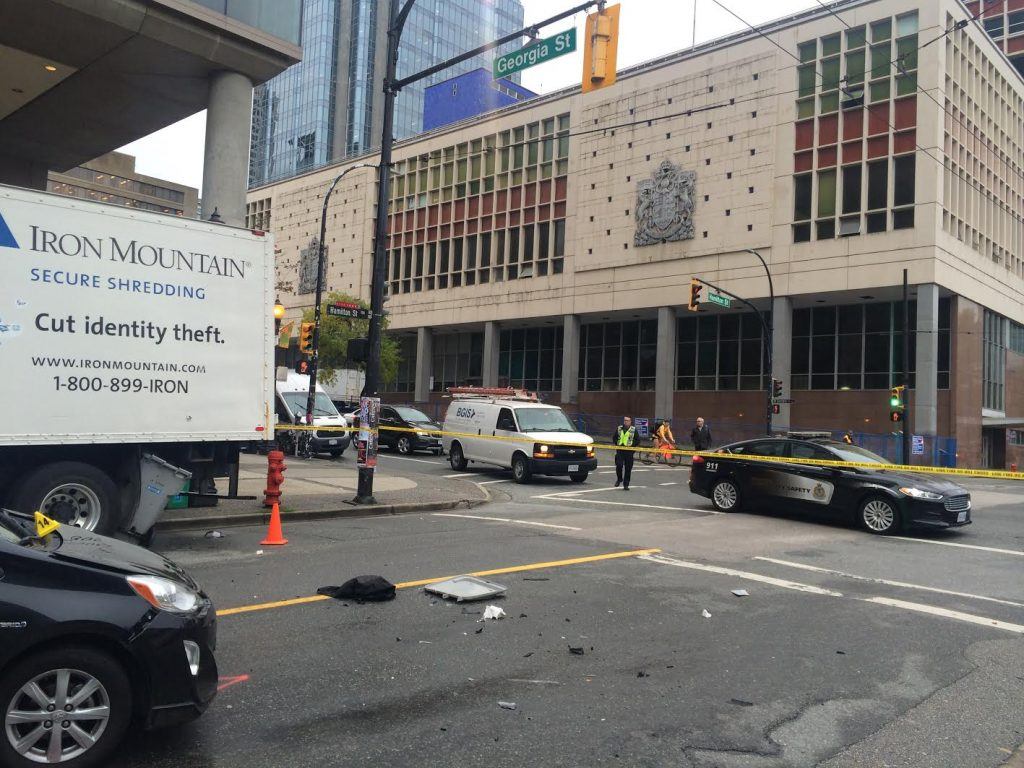 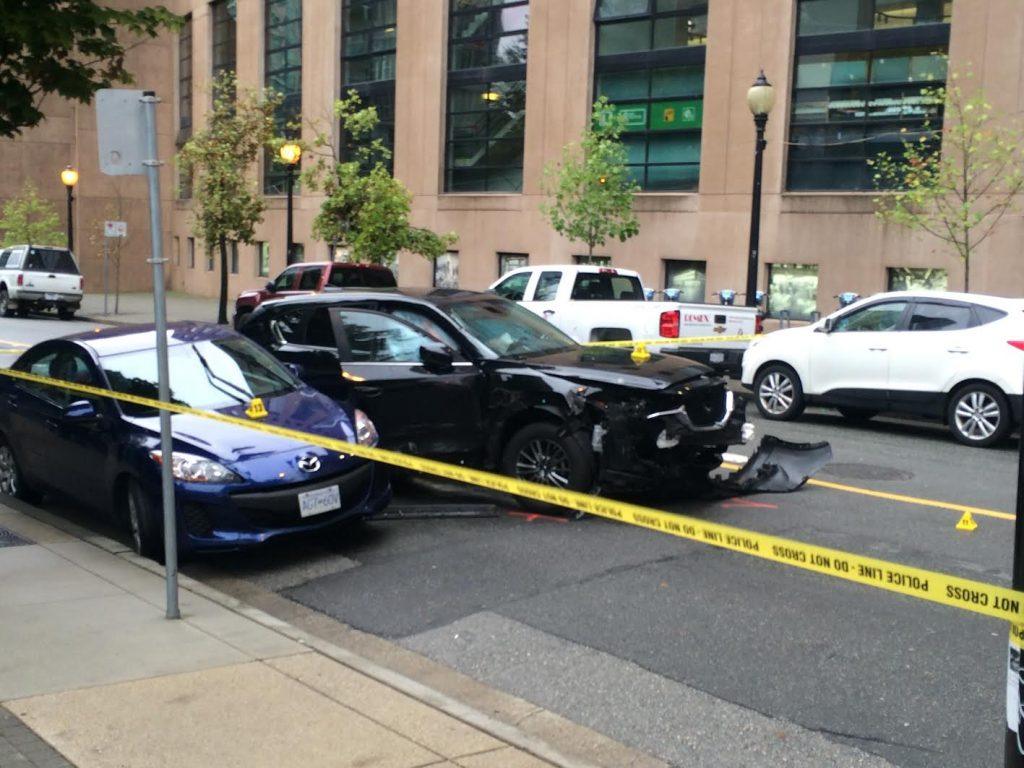 The suspect sped down the area of West Georgia Street and Hamilton, where he was involved in a number of collisions, including with a pedestrian, “who was near the roadway, not doing anything wrong,” said VPD Const. Jason Doucette.

The suspect jumped out of the vehicle, and when a group of construction workers gave chase, they were also pepper-sprayed. Despite this, they were still able to hold the man until police arrived on the scene minutes later.

A group of construction workers held a fleeing suspect for police this morning, despite being pepper-sprayed by the man. Moments earlier, he had pepper-sprayed another man, stolen his car, then hit a pedestrian and several other vehicles. https://t.co/t8KiIATfES pic.twitter.com/Zicw4Oprwr

Police have now arrested a 27-year-old suspect and he is in custody.

Officers are currently liaising with nearby businesses as well as witnesses for any further information, “but we’re asking any witnesses who have not yet spoken with police to give us a call,” said Doucette.

The pedestrian was rushed to hospital with serious injuries, but those injuries are not believed to be life-threatening.