Early this morning at around 8:10 a.m., a car drove off the Mill Bay ferry terminal on Vancouver Island at a high rate of speed.

The MV Klitsa had already left the terminal and was about two and a half kilometres away when the car broke through the gate, drove down the trestle, launched off the ramp, and flew in the air before crashing into the ocean. The car apparently sank.

At the time that the statement by BC Ferries was released, the Shawnigan Lake RCMP, a Coast Guard hovercraft, fire fighters and ambulance were all on scene, but there are reports that the BC Coroners Service later arrived.

Ferry service has been suspended for the day between Mill Bay and Brentwood Bay.

Vancity Buzz has reached out to BC Ferries for a comment.

UPDATE: Divers have pulled the body of a 90-year-old man from the water. 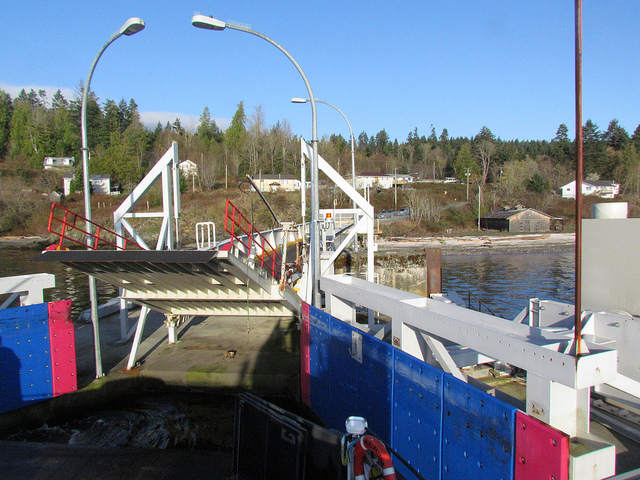