Earlier this month, a cyclist was severely injured but is now on the road to recovery after a vehicle crashed into him.

At 6 p.m. on July 3, a female driver was making a left turn on Marine Drive and Erwin Drive and hit the male as he was crossing.

The impact was so strong that it sent the 21-year-old cyclist flying for 15 metres. His bicycle also flew up, landing on top of a street sign at the intersection of Marine and Erwin Drive.

The victim had major lacerations on his abdomen, along with significant abrasions and bruising. Miraculously, there were no head, neck or spine injuries.

West Vancouver Police gave the 62-year-old driver a ticket for failing to yield on a left turn. 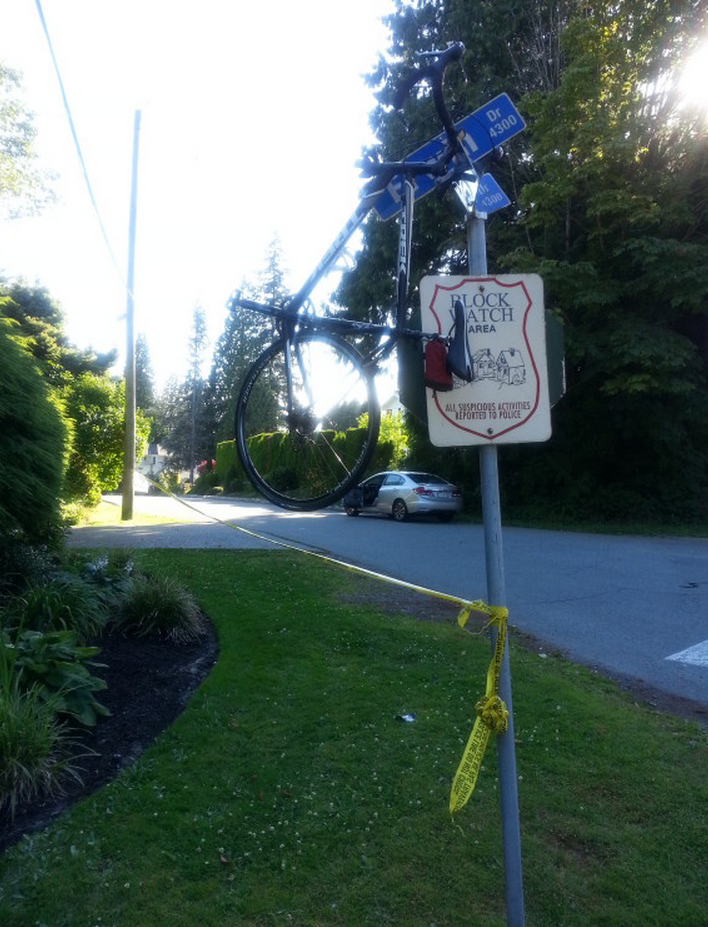