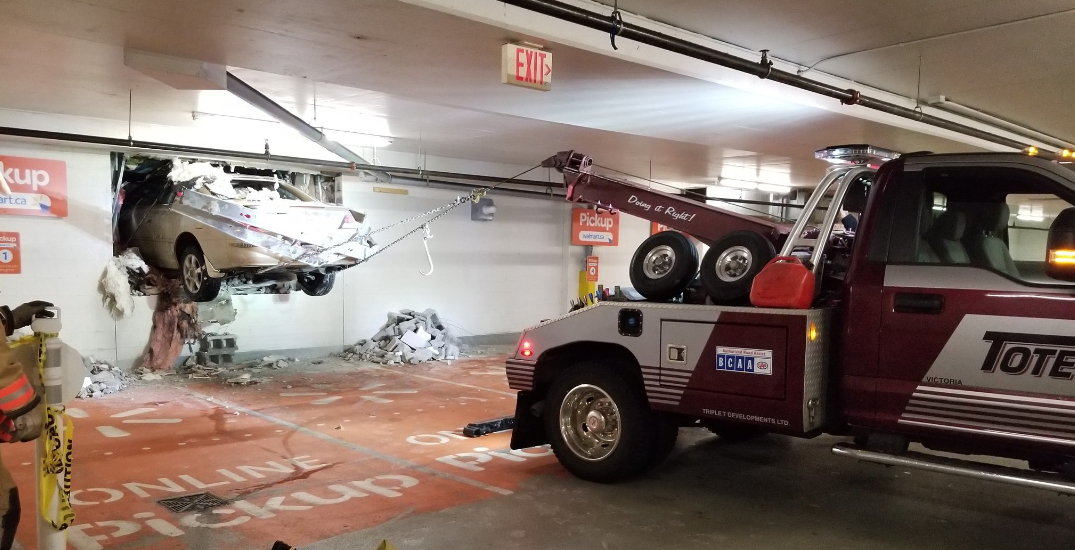 Several Walmart workers were trapped inside an industrial freezer on Friday after a car crashed into the building.

The Saanich Police Department said first responders were called to the Uptown Shopping Centre on April 10 for reports of a “vehicle incident” in the mall’s parkade.

Once on scene, it was discovered that a car had driven through a parkade wall and into the lower level of a Walmart, trapping several people inside the store.

Once on scene it was discovered a vehicle had driven through a wall from the parkade into a store. As a result, people in the store were trapped. They were rescued, along with the driver. All sustained non-life-threatening injuries. The crash is still under investigation. pic.twitter.com/KmpepHoZzm

“Crews have rescued Walmart employees that were trapped in the commercial coolers,” the Saanich Fire Department tweeted.

The fire department said the driver of the vehicle sustained “minor injuries” in the accident, and Saanich Police shared that the trapped workers had “non-life-threatening” injuries.

Crews have rescued Walmart employees that were trapped in the commercial coolers.
Crews are working to stabilize the vehicle and suspended ceiling.
Building inspector and Engineers enroute to assess. pic.twitter.com/Ro6JjNGrjF

Police clarified on Saturday that early reports identifying the driver as an “elderly woman” were untrue, and that the investigation was ongoing.

Daily Hive has reached out to The Saanich Police Department and will update this story accordingly.