Earlier this evening, a vehicle crashed into the Fatburger on Denman near Davie Street in Vancouver’s West End neighbourhood. At the time, four police officers were sitting inside the restaurant and were struck by the vehicle.

Investigators are currently investigating the cause of the incident.

Four officers remain in hospital with various injuries after a BMW crashed through the front of a restaurant on Denman Street.

At about 8:00 this evening, a 30 year old woman driving south on Denman Street abruptly drove off the road, mounted the sidewalk and crashed into the front of the building. Four uniformed officers having dinner inside were struck by the car and debris.

It is early in the investigation, but alcohol does not appear to be a factor. Officers with the VPD Collision Investigation Unit remain at the scene and will be trying to determine the cause of the collision.

The injured officers are expected to recover. The driver is not believed to have been injured and was taken to hospital as a precaution. 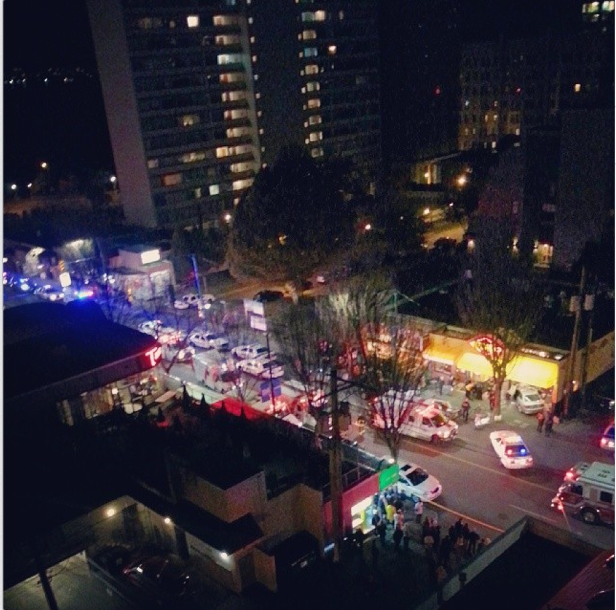 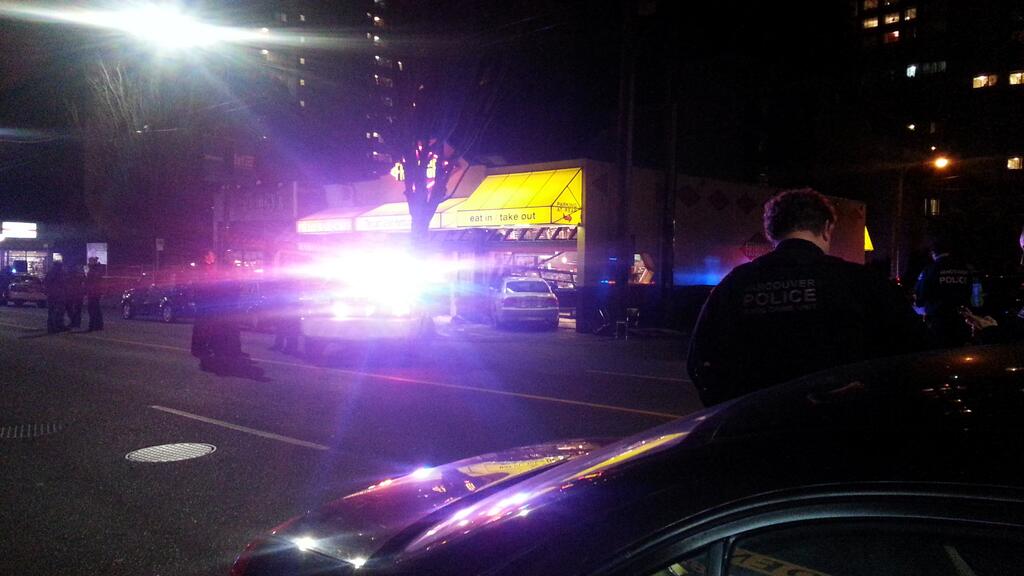 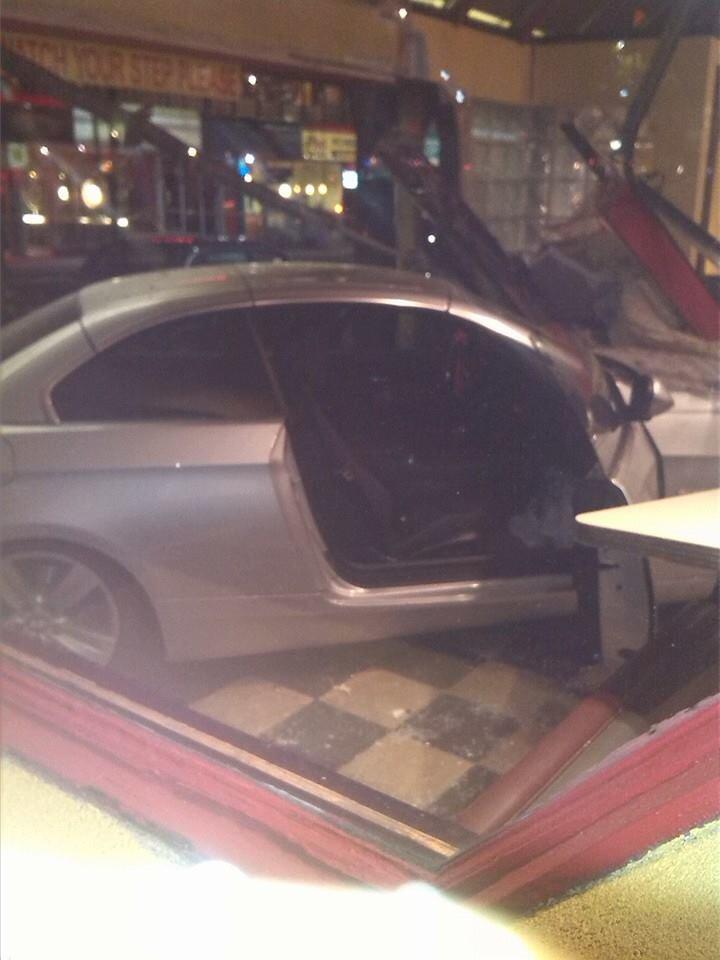