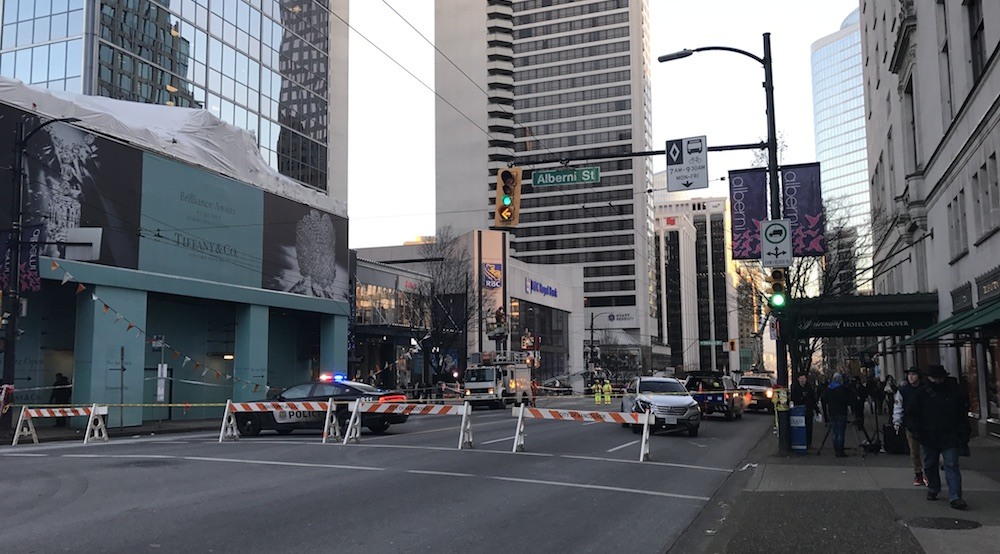 The Central Business District in downtown Vancouver is experiencing gridlock mayhem following an early-morning collision that has shut down key arterial roads.

Until further notice, Burrard Street is currently shut down from Alberni to Dunsmuir streets while West Georgia Street is closed from Hornby to Bute streets. 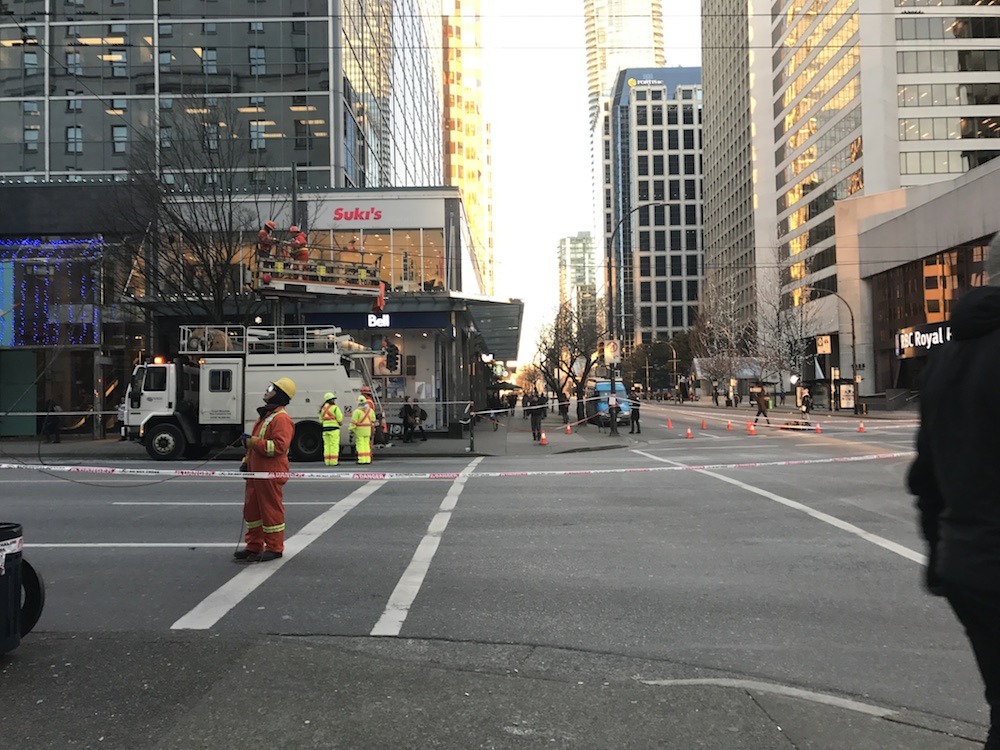 The accident occurred at approximately 4 am when a SUV lost control. Fortunately, no one was injured, but it prompted street closures due to debris from the crash, a fallen light pole, and live electric trolley wires on the ground.

According to TransLink, the following bus routes are being rerouted due to the road closure:

Anyone traveling through the area, by personal vehicle or bus, should expect major delays.

It is unclear when exactly the roadway will reopen. Crews are still in the process of safely clearing debris and live wires. 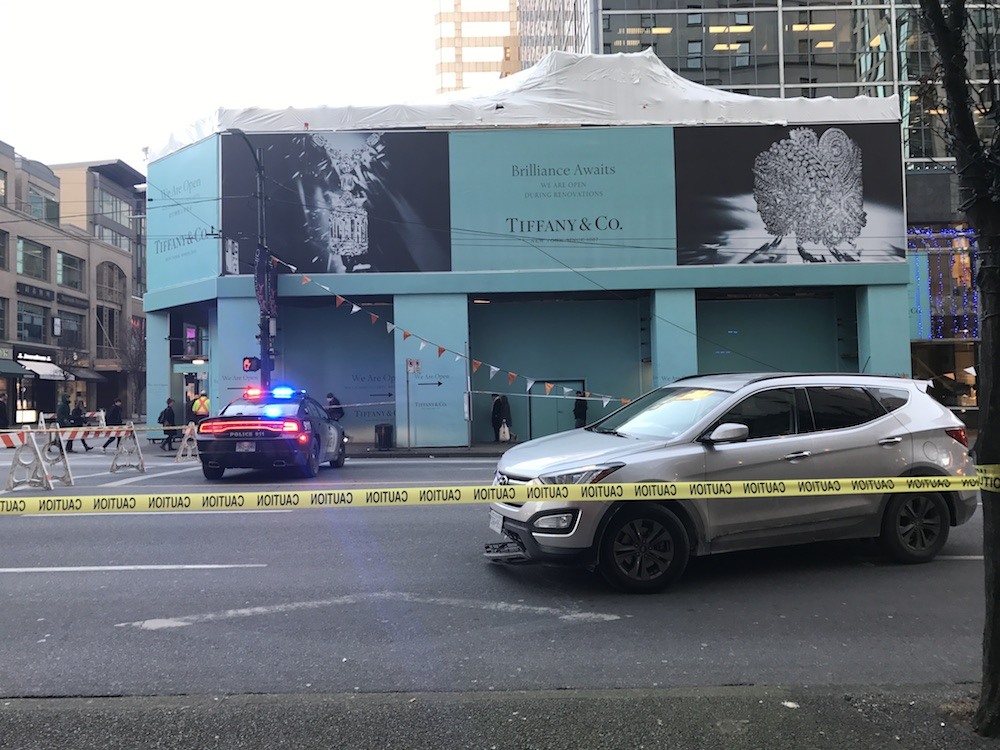 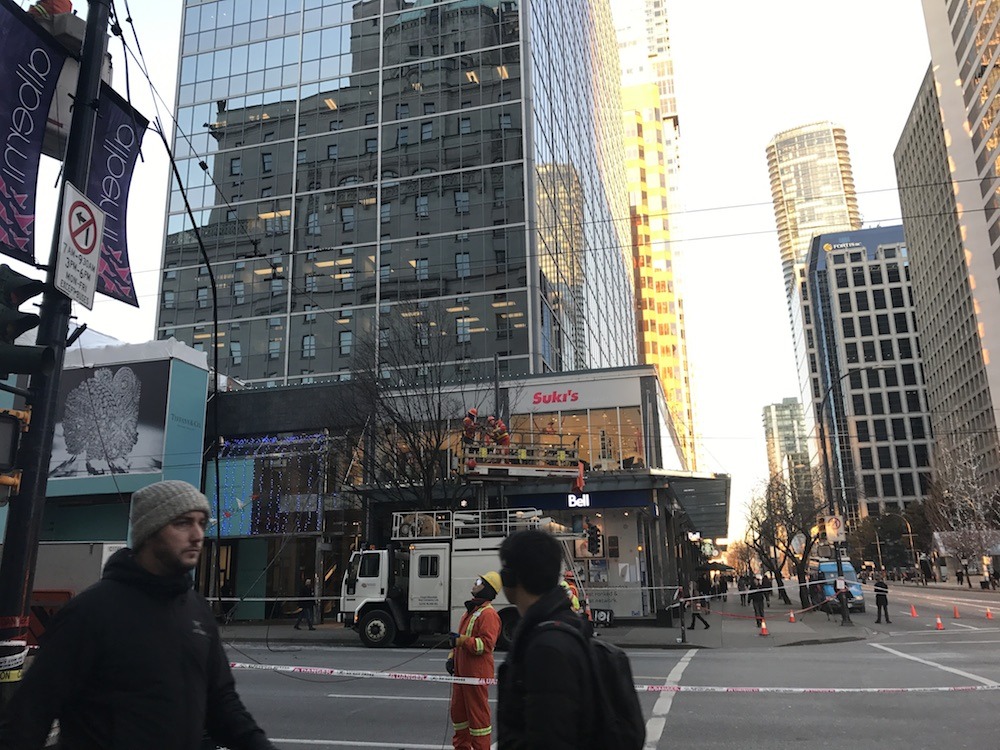 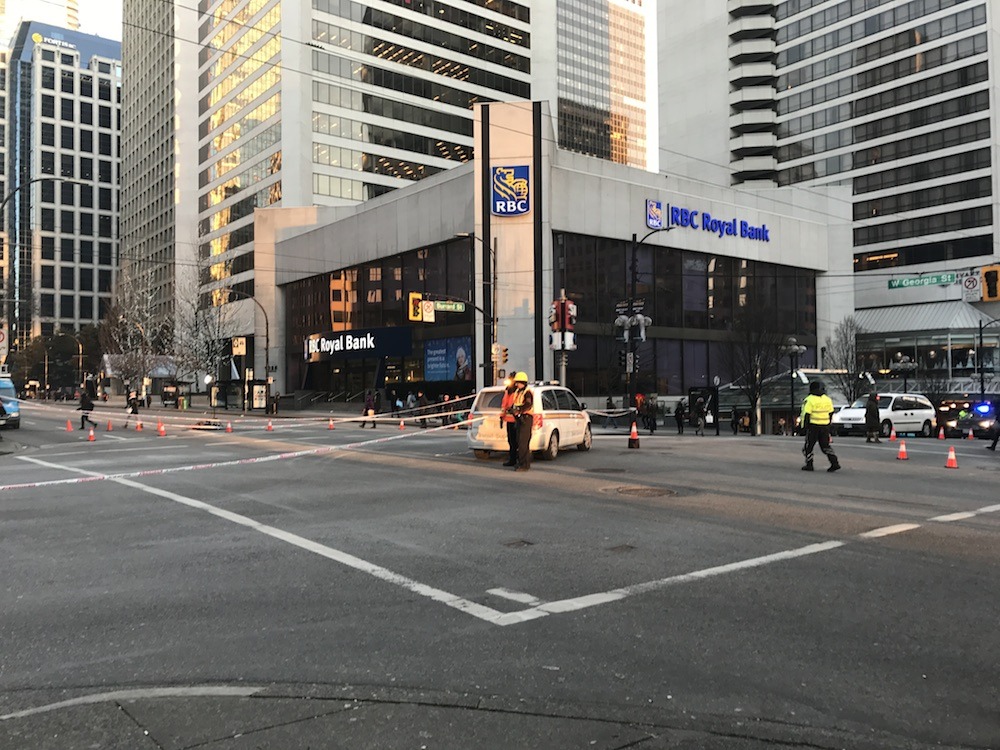