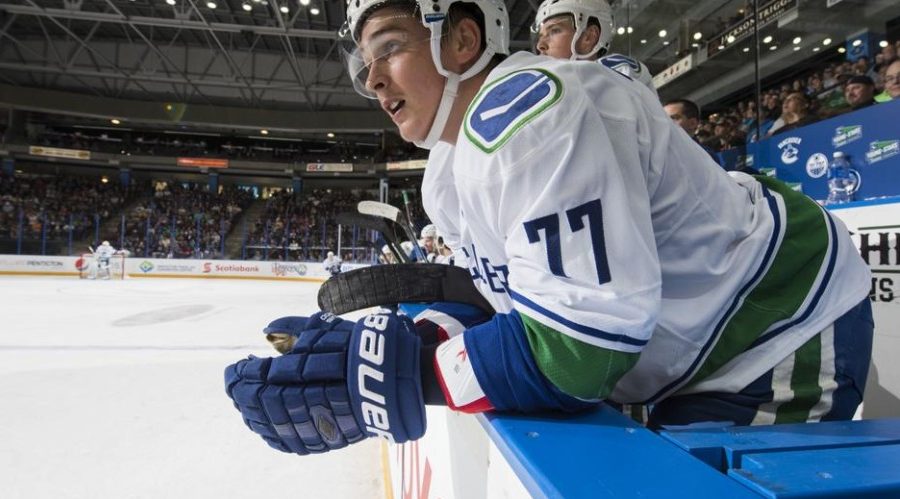 It’s the middle of June, but that doesn’t mean the hockey world stops as plenty of news is being leaked or released daily. One event that fans look forward to and are hoping for an announcement soon about is the Young Stars Prospect Tournament.

Occurring the week before Vancouver Canucks training camp, the Young Stars Tournament has been held in Penticton for the past six years and is a fantastic event that pits the up-and-coming prospects of the Western Canadian NHL franchises against each other in a round robin format.

There had been rumours that the Young Stars Tournament would be moving to Red Deer this year, as the other participating teams hoped to make it a rotating event.

That yearly change in location may occur in the future, but it appears it will not happen this year because earlier this week the Winnipeg Jets included a mention of the tournament in their preseason schedule release:

Prior to the NHL Preseason schedule, the Jets will play in the YoungStars Classic in Penticton, BC Sept. 16-19 against the Calgary Flames, Edmonton Oilers and Vancouver Canucks.

Most of the Canucks’ best young players have appeared in previous editions of the event, including Ben Hutton, Jake Virtanen, and Bo Horvat. Sven Baertschi represented the Calgary Flames in previous years, before he was traded to the Canucks. This year the Canucks will get an influx of talent with Thatcher Demko, Michael Garteig, Troy Stetcher, and the players they select at the 2016 NHL Entry draft making their debut. 2015 first round pick Brock Boeser will be unable to attend due to NCAA eligibility rules.

The excitement isn’t limited to just the Canucks, as the other participating teams bring their top prospects to compete. Previous years have included Edmonton Oilers’ Taylor Hall, Connor McDavid, and Darnell Nurse. Winnipeg has brought players like Nikolaj Ehlers, Mark Scheifele and Jake Morrissey, while the Calgary Flames have had Sam Bennett, Sean Monahan, and Johnny Gaudreau making their some of their first appearances in teams colours.

There are fans from all four of the cities descending upon Penticton, which creates a great atmosphere for all the contests.

This year will be particularly intriguing as all four teams participating possess draft picks in the top-6 of the upcoming draft, and it’s fair to expect that all those players, including future star Patrik Laine, will make an appearance in Penticton.

It is a great event to attend as a hockey fan, the South Okanagan Events Centre in Penticton is a top notch facility, and you can see a bunch of great games in just a couple of days. Plus any excuse to spend a weekend in the Okanagan should be taken advantage of!

The full tournament schedule and ticket information is not known at the moment, but should become available once the Canucks formally announce the tournament.