Although it will take months to recover from their embarrassing loss to the Toronto Maple Leafs, the Vancouver Canucks can take their first step towards redemption tonight against the Minnesota Wild. 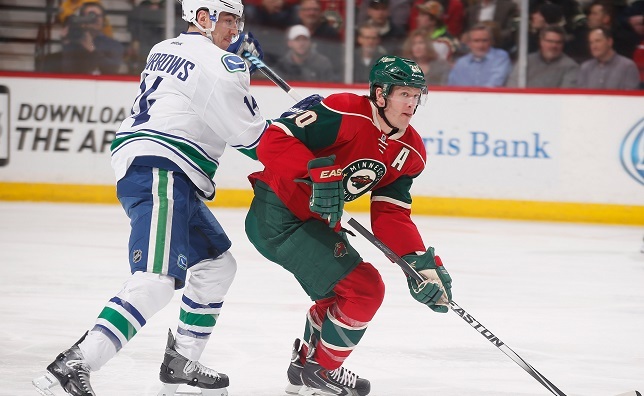 It’s hard to determine which team is in worse shape.

The Canucks were so badly embarrassed by a depleted Maple Leafs team that any mention of the playoffs should be immediately dismissed. On the other hand, the Minnesota Wild have lost their last eight games and are a horrendous 1-7-2 in their last 10 games. For a team that is supposed to be a contender in the Western Conference, that’s bad.

Via text, Mike Yeo confirms he has been fired by the #mnwild

As I mentioned a second ago, The Wild have the pieces to be competitive but for whatever reason, it just hasn’t come together for them this season. According to former Wild player Zenon Konopka, it was all the coach’s fault:

The Minnesota Wild have so much talent. All the pieces to be Stanley Cup champs- wasting years isn't fair to the players or fans #YeohastoGo

So the former 4th liner got his wish and Yeo is out on his ass. It’s now up to the current (and relevant) Wild players to prove Konopka right.

It’s not as if Minnesota is completely out of it though. Like the Canucks, the Wild are only sitting 5 points out of the final wildcard spot and a small winning streak can turn things around very quickly.

Considering Vancouver lost to Toronto’s farm team on Saturday night, I would say that Minnesota has an above average shot at making up some ground in the Western Conference standings.

1. Can the Canucks Climb Back?

I should say, can the Canucks climb back into contention before the trade deadline?

A couple of days ago, the Canucks were two points out of a Wild Card spot in the Western Conference. Today, they are five points out. Things can and will change very quickly the rest of the way.

A Monday night game in February against Minnesota may not seem like a big deal, but the Wild are currently tied in points with Vancouver and competing for the same playoff spot. This is what you would call a four point game.

Even if Vancouver does manage to vanquish the Wild, their next opponents are the Anaheim Ducks and Calgary Flames so it’s hard to see them making any headway in the standings until it’s too late.

I guess the Canucks could surprise us all and pull it together for four or five games, but with the way they have been playing, that doesn’t seem likely.

2. Welcome to the Show, Alex Friesen 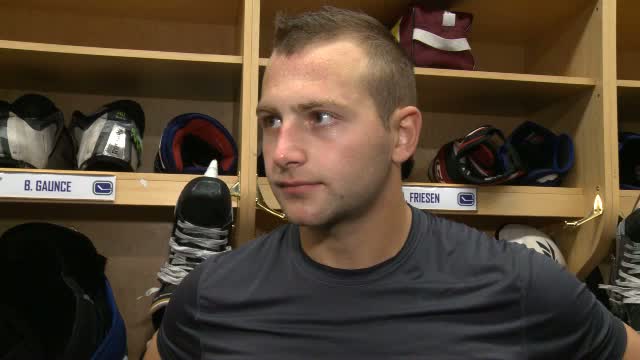 Alex Friesen will be making his NHL debut tonight, making him the ninth Canuck to take his solo rookie lap this season.

As happy as I am for Friesen, I’m sorry but this makes absolutely no sense, especially when you consider who Friesen is playing with.

Friesen will play even if Horvat can go. Becomes ninth player in organization to make NHL debut. With Vey/Vrbata at practice. #Canucks

If the Canucks are looking for Friesen to spark some offence on a line with Vey and Vrbata, then they are as delusional as they often look. Friesen isn’t terrible. In fact, he could become a very good bottom-six player for the Canucks organization down the line. But in the midst of a playoff race (no matter how ridiculous the idea of the Canucks making the playoffs is…), this decision makes no sense.

However, I think the worst part is that Hunter Shinkaruk, who scored his 20th goal of the season for Utica on Satuday night, still hasn’t been given a fair shot.

Consider that when Shinkaruk was called up to the Canucks in November, the scoring winger was placed on the fourth line with Adam Cracknell and Derek Dorsett.

So when Alex Friesen gets called up, he gets to play with legitimate talent in Linden Vey and Radim Vrbata?

I’ve been saying this a lot lately, but what in the hell is Willie Desjardins doing? 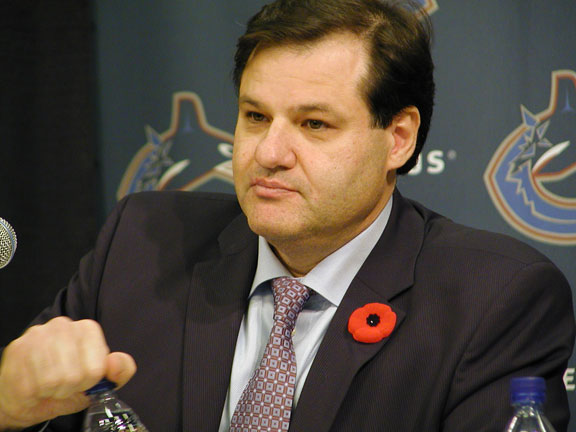 The Vancouver Canucks have become a sideshow. Again.

If we thought rock-bottom ended with John Tortorella, then Saturday’s revelations (From Jason Botchford’s Provies) that the Aquilinis are butting heads with General Manager Jim Benning were a nice reality check that although things may be trending in the right direction, there are forces at work that don’t want to accept reality.

Perhaps things are different now after Elliotte Friedman dropped the bomb on a national broadcast. Or maybe Francesco Aquilini is smart enough to understand that losing to the Maple Leafs should mean an automatic tear-down. But sadly, I wouldn’t count on it.

Personally, I think Jim Benning is going to do what he thinks is best for the team moving forward, even though he options to move players are going to be limited by ownership. He may not be able to do things as quickly as he would have hoped, but he has made enough good moves (Sven Baertschi and Emerson Etem) to show the Aquilini’s that he has a vision and knows how to get there.

I just hope missing the playoffs this season doesn’t cost him his job. Then the Canucks will truly descend into the joke of the league.

It appears as if Willie Desjardins has gone full stupid with his lines again. If I wan’t a card-carrying member of Team Tank, I would be slightly disturbed by this:

Emerson Etem appears to be the odd man out and Bo Horvat is a question mark thanks to taking a shot off his foot. Dan Hamhuis also took yesterday morning off but should be ready to slide in next to Luca Sbisa tonight.

Horvat and Hamhuis both skated this morning’s optional skate. They’ll both be game time decisions.

*Update: Horvat and Hamhuis will play, Cracknell and Etem will sit.

This is a tough one to predict.

You have two teams that both went through events (embarrassing loss/mid-season coaching change) that usually precede a victory. Vancouver and Minnesota are both going to be more motivated than usual.

At the end of the day though, the Wild have a better team and Willie’s lineup doesn’t make an iota of sense.

The Minnesota Wild take this one 4-1.