The Canucks are back on the road and after thumping the previously unbeaten Montreal Canadiens, they’ll attempt to make it two wins in a row as they visit another one of the NHL’s top teams, the Dallas Stars.

It was shaping up to be a pretty dismal home stand for the Vancouver Canucks, and having only gone 0-2-3 in Rogers Arena to start the season, everyone was looking for something to cheer about. Knocking three past demigod-like Carey Price in the first period alone, including two from rookie Jared McCann, proved to be just that.

The upcoming road trip will be a good test for the Canucks as they face off against a contender and a pretender.

First up are the Dallas Stars, a team that missed the playoffs last year due to shaky defence and abhorrent goaltending. This year, led by Jamie Benn and Tyler Seguin, the Stars appear poised challenge the best teams in the Western Conference.

A surprisingly effective platoon system between the pipes comprised of Antti Niemi and Kari Lehtonen, balanced scoring, and top-4 special teams play has pushed Dallas to a record of 7-2-0.

Fresh off a stunning 4-3 comeback against the woeful Anaheim Ducks, you can bet the Stars will be ready for the Canucks tonight. 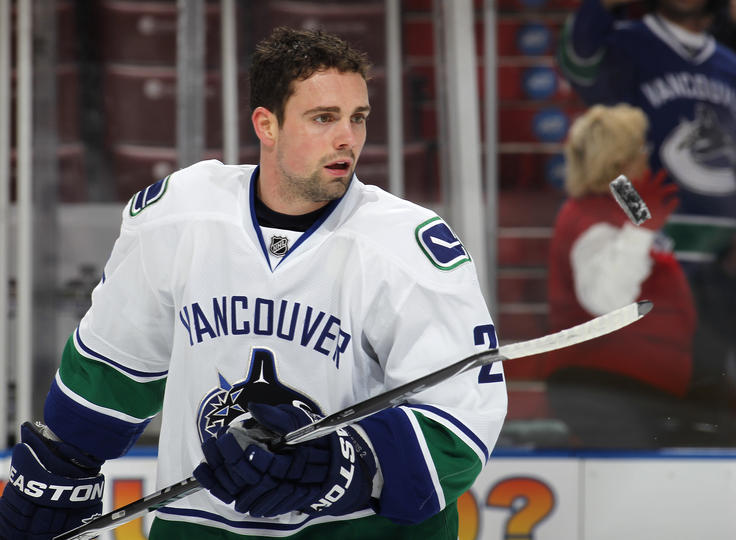 As the Canucks boarded their charter jet en route to Dallas, there were two notable absences. Dan Hamhuis, who did not play two nights ago, and Brandon Prust, who was injured in the second period of Tuesday night’s game, did not join the rest of their team on this road trip.

Hamhuis is reportedly being evaluated due to a lower-body injury that kept him out of the game against Montreal. Hamhuis’ style of play does mean he deals with his fair share of injuries. In six seasons with the Canucks, he has missed at least 18 games three times and only played all 82 games once (2011-12). The hole left in his absence will be noticeable, especially against a very potent offence like the Dallas Stars.

Prust's injury, clearly see the ankle bend under him – not for the faint of heart. #Canucks pic.twitter.com/0R0Y2R3r47

As for Prust, the loss will likely not play as large a part as that of Hamhuis. However, the ankle injury suffered after stepping on Brian Flynn’s stick didn’t look good and could mean Prust is out for a while though we should know more after the MRI. 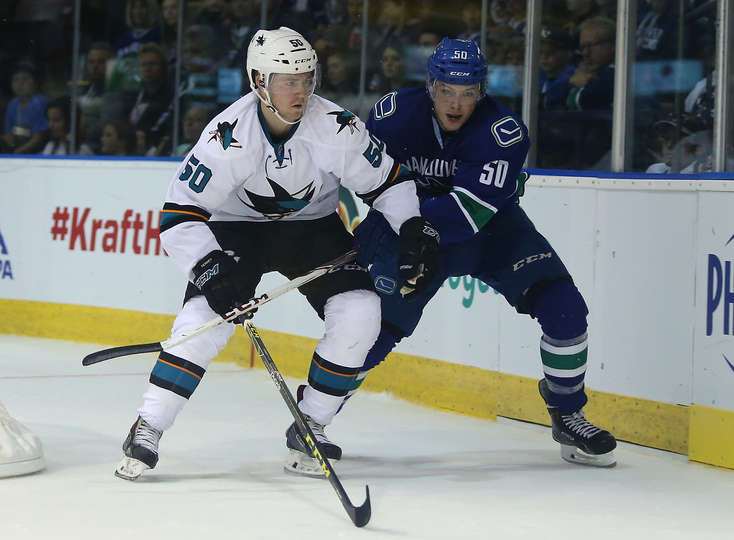 With the loss of Hamhuis and Prust, the Canucks were forced to call up a pair of players from their AHL affiliate in Utica. Brendan Gaunce and Alex Biega will join the team in Dallas and, though they may not see any playing time, will be available for Willie Desjardins and his coaching staff should they so choose.

Gaunce had an impressive preseason with the Canucks, so it would be nice to see if and how he can contribute during the regular season when the games count. Though substituting Adam Cracknell into Prust’s spot on the fourth line is possible, I’d like to see Gaunce get some playing time and maybe even form some chemistry with fellow prospect Jared McCann.

Alex Biega played a handful of games with Vancouver last year and didn’t look out of place. Already 27, the diminutive defenceman should be just fine should he get into the lineup.

As if Jared McCann’s play wasn’t impressive enough, he also leads this team in goals scored, even after playing two less games than most regulars. With four goals in seven games, the former 2014 first round pick has impressed many with his ability play the game at a level that exceeds expectations.

On a team with Henrik and Daniel Sedin, Radim Vrbata, Alex Burrows, and Brandon Sutter, it’s McCann leading the way in goals.

That list gets markedly more impressive when you take a look around the league and see that players like Claude Giroux, Jeff Carter, Phil Kessel, Jack Eichel, T.J. Oshie all have one less goal than the 19-year-old.

If McCann has any chance at making this team beyond the 9-game deadline (he’s played 7 games so far), a few more performances like the one he had against Montreal two nights ago would go a long way to making Willie Desjardins’ decision for him. Against the Habs McCann had 2 goals, 5 shots, and won 55% of his faceoffs, all while playing fewer minutes than anyone else on the team.

The absences of Hamhuis and Prust will force Willie Desjardins to make some changes to his lineup, perhaps placing Cracknell on the fourth line. Check back here for more information after the game day skate.

The Stars have only lost twice this season and are feeling pretty good about themselves after their improbable win over Anaheim on Tuesday. Just two days after being streak busters against Montreal, with a win tonight the Canucks could assume the role of giant killers. Wouldn’t that be fun? I’ll take the Canucks in a tight one, 3-2 in overtime.