With the dust cleared and the roster remaining intact after yet another NHL trade deadline, the Vancouver Canucks resume their quest for a playoff berth against Pacific Division rival, the San Jose Sharks.

If the Canucks are intent on making the playoffs this season, Tuesday’s game against the Sharks is an absolute must-win for Jim Benning’s club with San Jose nipping at their heels.

The trade deadline passed on Monday without a single roster player being moved out (the Canucks picked up two players that will play in Utica this season), meaning the Canucks are happy to see how far the veterans like Chris Higgins, Shawn Matthias, and Brad Richardson can take this team. Benning is putting a lot of faith in his team and they would be wise to reward their general manager with a solid effort against the Sharks. 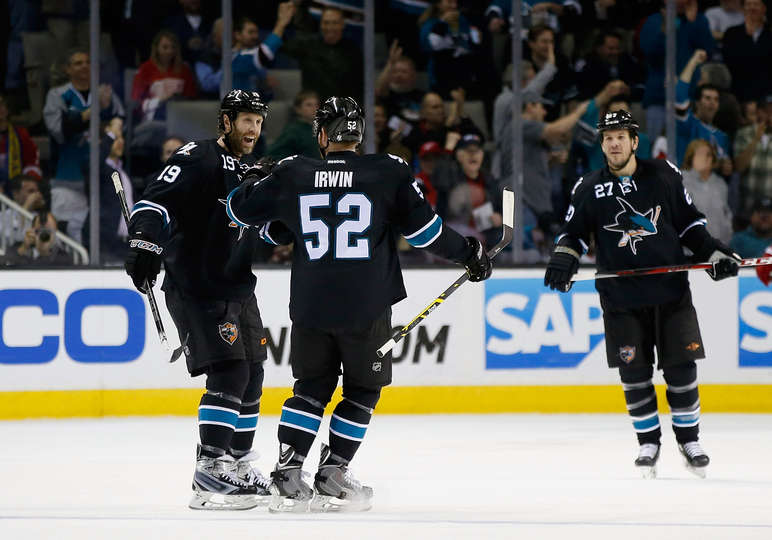 The San Jose Sharks have endured quite the turbulent 2014-2015 season. Expected to compete for the Pacific Division title, the Sharks are currently (following Monday night’s victory over the Montreal Canadiens, who apparently couldn’t be bothered to help out their fellow Canadian teams in the West…) in a three-way tie with the Calgary Flames and the Los Angeles Kings for the 8th and final Western Conference playoff spot. Although it’s important to note that both of those teams have two games in hand on the Sharks.

Still, the Sharks are always a dangerous team against the Canucks and even though San Jose will be tired from playing the night before, Vancouver cannot sit back or we’ll see another Buffalo-sized effort. The Sharks are fighting for their lives and the only thing that Vancouver should be thinking of is finishing them off like Chief Brody finished off that damn Shark in Jaws. 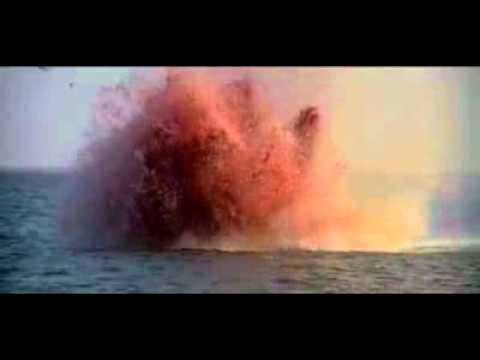 And to a lesser extent, Jaws 2. 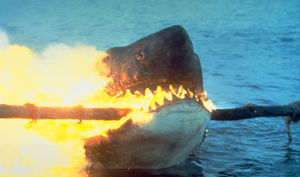 If you’re wondering, Jaws and Jaws 2 were on TV over the weekend…

He’s the story that just keeps on giving.

The big story going into Monday’s trade deadline was whether or not Zack Kassian would be dealt despite playing and producing on Vancouver’s top line over the past couple of games.

12:00 PST passed and Kassian was still a Vancouver Canuck.

"I love Vancouver, I love the fans and my teammates. My heart is here and I want to stay." – Kassian #Canucks pic.twitter.com/BaL46t03N6

Now it’s up to Kassian to continue to improve and show management that he has bought into their plan for him. Even though he is safe from the trade market, with several bodies coming back, his next healthy scratch is likely just one lazy backcheck away.

You can say this though: Zack has the right attitude:

The NHL schedule makers have once again been kind to the Vancouver Canucks as the Sharks will be playing their second of back-to-backs on Tuesday night.

San Jose easily defeated the Eastern Conference leading Montreal Canadiens on home ice on Monday by a score of 4-0. However, there wasn’t much time to celebrate as they are scheduled to take on the Canucks less than 24 hours later.

Factor in the travel time to Vancouver and the late arrival to their hotels, and it’s easy to see why the Sharks may be lacking some energy when they suit up against the Canucks. These are the games that Vancouver needs to take advantage of in the tight Western Conference playoff race.

What always scares me about this Canucks team is their tendency to drop the ball in games that should be easy victories. Take last week’s disaster in Buffalo for instance. Although you can make the argument that Vancouver was tired and at the end of a lengthy road trip, there is absolutely no excuse to lose to the Buffalo Sabres, let alone allow six goals to what essentially amounts to an American Hockey League team in terms of talent level.

The Canucks need to take advantage of the Sharks early and not let them get their legs back because San Jose will be a desperate hockey team.

3. Welcome Back to the Show 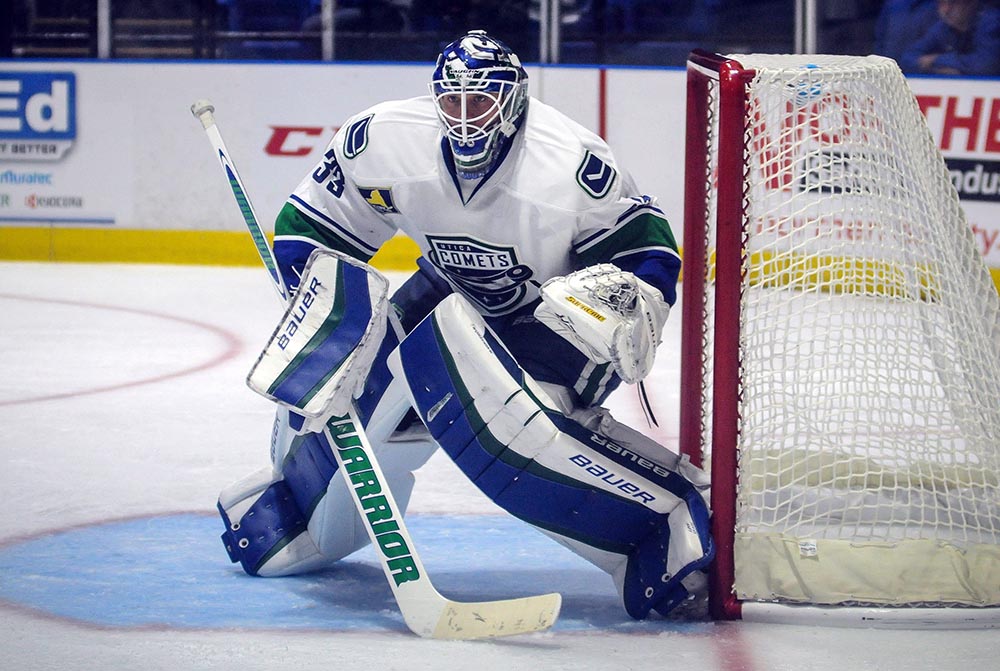 It’s been a long year for Jacob Markstrom, but it appears that his chance to shine is finally upon us.

It’s important to remember that we have yet to see Markstrom play in a meaningful game as a Vancouver Canuck as he was only given the opportunity to play by former coach John Tortorella after the Canucks had been mathematically eliminated from the playoffs and Eddie Lack was on the verge of death after starting in 19 straight games down the stretch.

And considering that Markstrom came to Vancouver from the Florida Panthers, this is probably the most important stretch of games in his young career. With Eddie Lack struggling a bit in his new role as number one goalie (small sample-size obviously), Markstrom must provide a calming and steady influence as the backup, much like Lack provides when Ryan Miller is healthy.

Whether or not Tuesday will be Markstrom’s debut, it will be exciting to see in the near future how a year’s worth of training under goaltending guru Rollie Melanson will manifest itself.

It looks like the cavalry is close to returning but not quite there yet:

It appears that Alex Edler is close, considering that he participated in full practice on Monday, coupled with the fact that Alex Biega was reassigned to the Utica Comets.

It also appears that we may get a chance to see Jacob Markstrom make his season debut in relief of Eddie Lack, who had himself a night to forget against the St. Louis Blues on Sunday.

Willie: Markstrom to get first start of season in next 3 games. (tomorrow a good bet)

-Frank Corrado was recalled and will play.

-Zack Kassian has the flu. Brandon McMillan will take his place.

This is yet another tough one to predict. Although the Canucks did look strong at times against the St. Louis Blues, they also showed what a fire drill their inexperienced defence can be against the tougher teams in the West.

With San Jose having played on Monday, I’m banking on the Canucks pulling out a 4-3 victory over their Pacific Division rivals.