After a road trip where the Canucks collected six out of a possible eight points, the Canucks will be strutting into Rogers Arena in third spot overall for a Tuesday night tilt against the Ottawa Senators.

The much talked about California road trip was supposed to provide us with a measuring stick, a chance to see if all of the offseason changes made by Jim Benning had made a difference when competing against the big boys in the Pacific Division. Instead, we have as many questions as ever.

Results-wise, the Canucks got the job done but their form was concerning. Aside from Ryan Miller, the Canucks looked terrible despite winning in San Jose, getting outplayed for the vast majority of the game. They looked even worse against the Kings and got spanked. But they were full value beating the Ducks, with both teams having injuries/illnesses to deal with.

But if we snickered at ‘moral victories’ last year, then perhaps we shouldn’t be overly dismissive of ugly wins now. On one hand, over-relying on your goalie to be great is concerning. On the other hand, having a goalie show the ability to steal a game is encouraging.

Luckily for Vancouver, the NHL does not give out style points and they will happily continue on to play the Sens.

Ottawa is currently sitting in the middle of the Eastern Conference with a 7-4-3 record. They give up a ton of shots against (35.2 shots per game, only Buffalo has given up more) but have been bailed out by goaltender Craig Anderson, who currently leads the NHL with a .951 save percentage. They are led by superstar defenceman Erik Karlsson, who leads them in scoring and plays a whopping 27:40 per game. 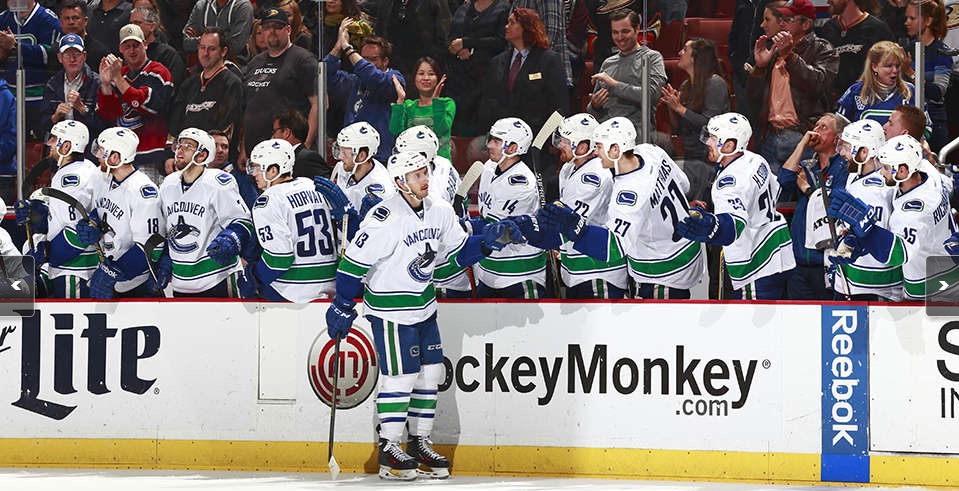 I’m not asking this question in reference to their Stanley Cup chances, that’s not happening this year. But they are beginning to look like a playoff team. With some playoff teams from a year ago struggling to start the season (Minnesota, Colorado and Dallas), things don’t look as bleak as they once did.

The Canucks look very much like a playoff team right now. They have a balanced attack and are getting scoring from all four lines. They have a resurgent Alex Edler on the blueline. Ryan Miller looks like a steady number one goalie.

They will likely still be a bubble team to get into the playoffs because of what division and conference they play in, but there are certainly some encouraging signs.

I am a huge fan of Daniel and Henrik Sedin and after the years of unfair criticism they have endured in this market, I am loathed to criticize them. But something has caught my attention.

Are the Sedins still capable of producing at even strength against the elite teams in the NHL? In six games this year against what I consider “elite” teams (Kings, Ducks, Sharks, Canadiens, Lightning, Blues), the Sedins do not have an even strength point. It’s a small sample size to be sure, but it does concern me.

Last year against the California teams, the Sedins had no goals and just one even strength assist each in a combined 27 games.

In my mind, the Sedins will only be able to produce consistently against the top teams if Daniel Sedin can regain his form as a goal scorer (so far only 3 goals in 16 games). He is a wonderful playmaker, but they will need more than one shooting threat on their line to be successful against the top teams. 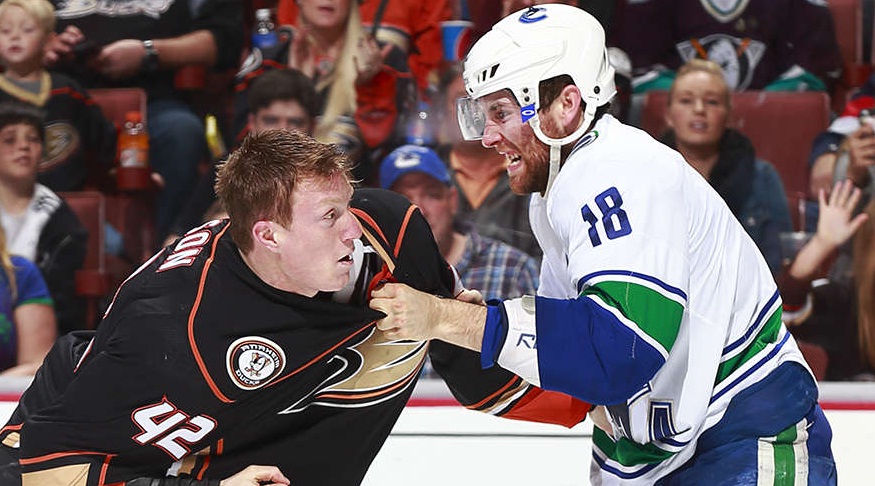 I have been a huge Ryan Stanton fan ever since he began suiting up in blue and green after he was claimed off waivers by Mike Gillis last season. He came to town with very little fanfare, but has been everything you want in a number 5 defenceman. He is young, dependable and sticks up for his teammates when he needs to.

I gave it a couple of weeks and then I decided to declare myself the president of the club.

If you would like to join the Ryan Stanton fan club, let me know. I'm the president of the club.

I’m not a big proponent of fighting in hockey, I would be fine if they got rid of it, but it is great to have a guy like Stanton stick up for teammates. Guys like Stanton can be the glue that holds a team together.

At just 6’2″, 196 lbs, Stanton is not a big guy by NHL standards and he doesn’t go around looking for fights. But he didn’t hesitate when challenging 6’3″, 217 lbs Josh Manson to fight after a dangerous hit on Chris Higgins. That is the type of thing that will make him a very popular teammate.

Stanton fought twice last season as well. He fought the Sharks’ Andrew Desjardins (6’1″, 195 lbs) after he gave Roberto Luongo a snow shower. And he fought Jordan Nolan (6’3″, 221 lbs) when things were getting out of hand against the Kings.

The Canucks are banged up right now and will once again be be without Radim Vrbata, Zack Kassian, Derek Dorsett, Tom Sestito and Luca Sbisa.

Against logic, Jannik Hansen will get a chance to play with the Sedins again. We know that Alex Burrows can play with the Sedins, but the second line has been great at 5-on-5 this year and produced the Canucks’ only goal on Sunday. Personally, I would like to see Nicklas Jensen get a shot in that spot given how well he played with Henrik Sedin last season.

Ryan Miller will get the start in net.

***Update: Here is what the Canucks line rushes looked like at Tuesday morning’s practice:

After three games against the beasts of the Pacific Division, there is a chance of a letdown against the Senators. Still, the Sens are asking a lot if they expect Craig Anderson to continue on a Vezina Trophy clip.

The Canucks win this game 3-1 and they look good doing it. Bonus prediction: Ryan Stanton gets his first goal of the season and his fan club grows in popularity.