After an eight day stretch that saw Vancouver go 3-2-0, the Canucks are off to the frosty climate of the northeastern United States. With a depleted blue line, Willie Desjardins and his team will have to hope that their squad adds up to more than the whole.

Here’s to hoping that the Canucks received some kind of boost after they eked out a win against the charging Minnesota Wild and the surprisingly effective Devan Dubnyk. This isn’t to say that the Canucks haven’t been invested in recent games, but I think they’ll take any kind of positive influence available with some of the unfortunate circumstances surrounding the team, most notably the situation on defence. 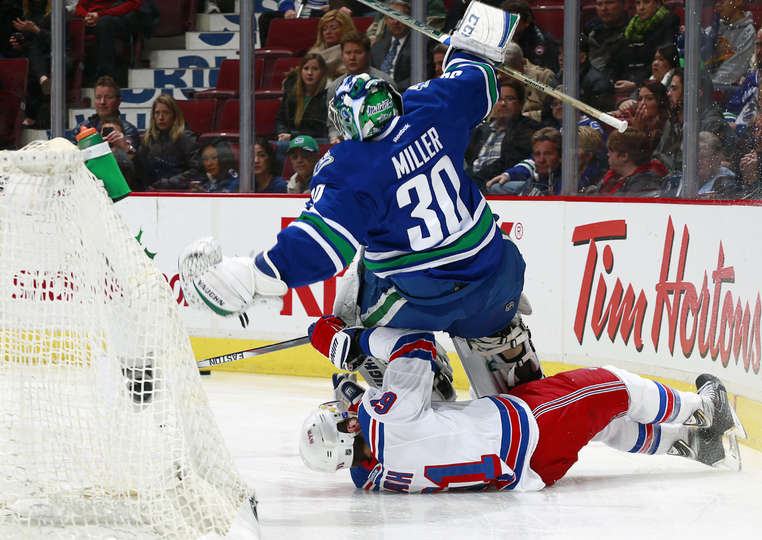 The New York Rangers rolled into Vancouver on December 13th and delivered a sound beating on the Canucks, winning 5-1. It was the fourth of five losses in a row for the team and stood as a disclaimer that the season wasn’t going to go as smoothly as some might have been led to believe.

Mats Zuccarello had two goals, Ryan Miller stopped just 18 of 23 shots, and the Canucks never looked competitive. Here’s to hoping that they’ll remember that beating. However, 5 starters from that contest are currently on the shelf, so who knows. Maybe Bo knows… 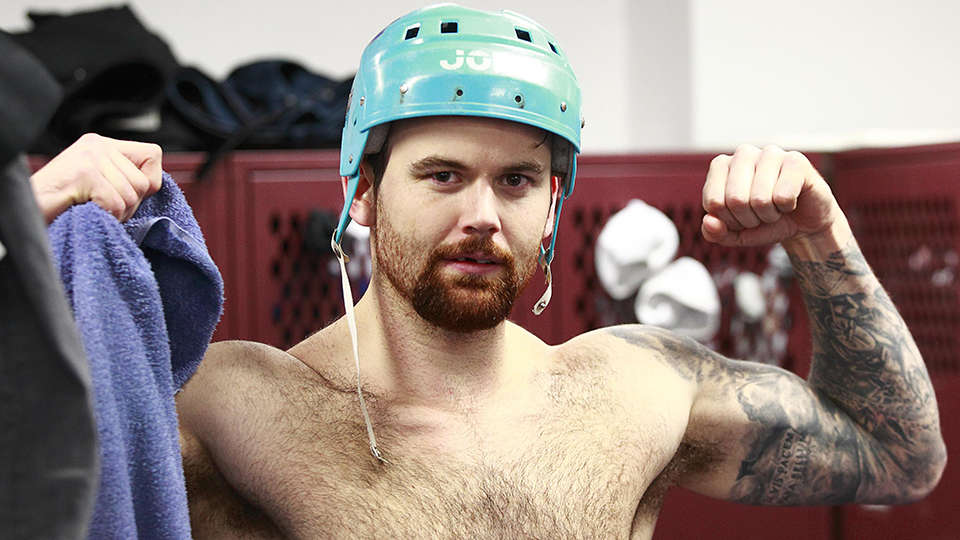 My least favourite saga of the year unfortunately will not abate this week, as it appears Zack Kassian will watch his ninth game of the season from the press box as a healthy scratch.

Yup, Kassian rotating shifts on fourth line. Looks like he is out versus #Rangers. #Canucks

He had a few iffy neutral zone turnovers in his last game against the Minnesota Wild, a game the Canucks won 3-2. Apparently, Willie Desjardins thinks the Canucks are providing enough offence and giving up too much in their own end, as he’s removing one of Vancouver’s most productive forwards over the last seven or eight games.

“Who’s replacing Kassian?”, you ask. Well, how about the waiver wire pick-up that was tossed aside by one of the worst teams in the league this year. Admittedly, that doesn’t paint a flattering picture of Brandon McMillan, but at this point pulling Kassian for him is puzzling, if not maddening. In a recent radio interview, Jim Benning claimed that Kassian was back to playing the style they envisioned and desired in the front office and behind the bench. I guess they saw enough last game to change that.

I’ve already said I don’t want the Canucks to trade Kassian. However, if they’re going to yank him around like this and play him only in fits and starts, I wouldn’t blame the guy for getting a little upset and ultimately wanting out. Again, let’s hope he stays and develops, but even I agree that sentiment is starting to grow stale.

The Canucks’ defensive corps is in shambles. Frankie Corrado skated Tuesday morning, but other than that, it looks like the Canucks will be without the services of some of their top defencemen for the foreseeable future.

Edler’s crunch against the boards in Calgary and Tanev’s unfortunate run-in with the goalpost have rendered the top Canucks pair unable to play for an indeterminate amount of time. Benning mentioned it looked like a week or so for Edler and closer to day-to-day for Tanev, but neither of them making this road trip is worrying. The fact that Tanev’s injury is head related only adds to the concern of fans and management alike, I’m sure.

While the patchwork by Benning and Desjardins seemed to accomplish the mission against the Minnesota Wild, this upcoming road trip will be a huge test for the young group. This statistic from before the Wild game is below is both impressive and extremely alarming…

One of the bright spots entering into 2015 was the play of the Vancouver Canucks while away from Rogers Arena. Having gone 13-6-2 on the road before January, Willie’s boys have regressed ever so slightly to a more average 16-10-2 going into their tilt with the Rangers this evening. To be fair, they’re still second in the league when it comes to regulation and overtime wins on the road (they have 15, just one behind both the New York Rangers and Washington Capitals).

Not only is this an opportunity to see some of the Eastern Conference teams in action, it’s also a great trip for the Canucks to rediscover some of the early success they had on the road. While the Canucks are in a dogfight in the Western Conference wild card race, they’ll have to pay above their billing against some of the best in the east if they want to maintain a lead in the standings. Gone are the days where losing two points to a non-conference opponent were forgettable. It’s go-time now, and I’m sure the Canucks are well aware of that.

They’re probably less aware of the following note, but it’s worth pointing out.

So #Canucks have 4 games in hand and up on 4 points compared to today's pace last season.

As mentioned, it appears Zack Kassian will come out in favour of newly acquired Brandon McMillan. Alex Edler, Chris Tanev, Kevin Bieksa, and Frankie Corrado are all out of the lineup. However, Corrado did skate on Tuesday morning.

*Update: Things don’t look like they’ll be getting any better for the injured Canucks defencemen anytime soon. They’re calling up more d-men from the farm.

Bobby Sanguinetti has been recalled by the @VanCanucks​.

DISCLAIMER: If you’re a cynic (or even a realist), this next spin job might not be for you…

I think the Canucks will come out firing on all cylinders. Most people following the team have buried their heads in their hands regarding the state of the defence and the ongoing situation with Zack Kassian. We’ve all seen this movie before and can’t bear to look. That’s why the team wants to prove to themselves, the media, and the fans they can win important games with a lineup that compares unfavourably to swiss cheese. I’m also of the mind that the young defence corps will give you good and give you bad, but if they can be just good enough to come out even, the forwards and goaltending will bail them out. That’s my stance and I shall not waver. Canucks win 4-2 over the New York Rangers.