After snapping their five-game losing streak with a 5-2 win Monday night over the Buffalo Sabres, the Vancouver Canucks play host to Alain Vigneault and the New York Rangers.

The visiting Rangers sit in second place in the Metropolitan Division, one point behind the Washington Capitals. After a hot start to the year, the Rangers come in losers of five of their last seven games. Their most recent game was a 4-1 win over the Ottawa Senators. The Rangers’ road record is a respectable 6-3-2.

Leading scorers are forwards Mats Zuccarello (22 points), Derick Brassard (20), and Rick Nash (18). Henrik Lundqvist has started 22 of the Rangers’ 28 games, but backup Antti Raanta actually has better numbers in 7 appearances (1.48 GAA to Lundqvist’s 1.99, and .945 SV% to Lundqvist’s .938). You can see why the Rangers are one of the top defensive teams in the league.

Radim Vrbata had an outstanding game on Monday night, notching his sixth career hat trick. He showed a goal-scorer’s touch on all three of his goals: one was off a rebound, one was a deflection, and one was a snipe. Watch his third goal once again and notice how deftly and calmly he moves Adam Cracknell’s broken stick out of the way before scoring his goal.

Vrbata’s performance will bring some much-needed confidence to not only him, but the entire team. The Canucks have been searching for some secondary scoring for the past few weeks, and it would be great if Vrbata’s linemates (most recently Jared McCann and Chris Higgins) feed off of him. Couple this with the recent strong play of the fourth line (5 combined points in Monday night’s win), and things might not be looking so bad after all.

Unless, of course, the Canucks trade Vrbata. Kidding. Sort of.

2. Whose special teams will be more special?

Given recent performance, the Canucks could be in trouble if the game becomes a special teams battle. The Rangers’ power play is 4th in the NHL at 22.5% while the Canucks are 13th at 19%. The penalty kill discrepancy is even larger, with the Rangers 6th at 84.1% and the Canucks 21st at 79.3%.

Although the Canucks had a strong performance on special teams on Monday night (going 1-for-6 on the power play and killing all three of Buffalo’s power plays), Vancouver would be better off staying out of the penalty box.

It might be difficult to draw the Rangers into the box as they aren’t an overly aggressive team. In fact, only one regular player – Chris Kreider – has over 20 penalty minutes this season. Contrast that to the six Canucks players who have at least 20 penalty minutes: Derek Dorsett (91 PIM), Brandon Prust (45), Alex Edler (26), Matt Bartkowski (22), Alex Burrows (20), and the goon Daniel Sedin (20). 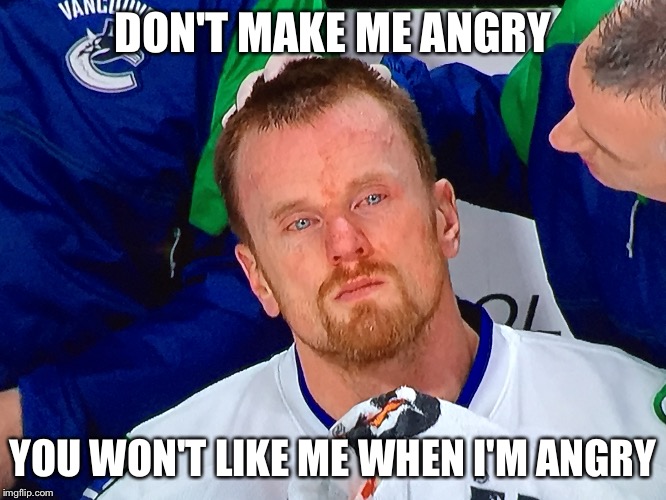 3. Jake’s going for a skate

The Vancouver Canucks announced on Tuesday that they have assigned rookie forward Jake Virtanen to the AHL Utica Comets on a conditioning assignment. As Virtanen recovers from his hip injury suffered against the Anaheim Ducks, he’ll be able to get a couple of practices and a few games in with the Comets. In fact, he can stay with Utica for a maximum of 14 days.

Given his age of 19, Virtanen is ineligible to play a full season in the AHL this season. However, this conditioning stint will give him some much-needed ice team before he rejoins the big club.

As Rob Williams wrote yesterday, the Canucks will also have to decide quite quickly if they are going to release Virtanen to play for Team Canada at the World Junior Championships later this month. It might be a great way to get Virtanen feeling more confident about his game.

The Canucks didn’t practice on Tuesday so I wouldn’t be surprised if they went with the same lineup that produced the win on Monday night.

*Update: They are indeed sticking with the same lineup.

Was Monday night a turning point for the Canucks? It’s hard to tell, but a strong effort against the Rangers would be a great way to end off their homestand before going on the road for the next two weeks.

I predict that the Canucks spoil Vigneault’s 999th game as an NHL head coach and defeat the Rangers 4-2. 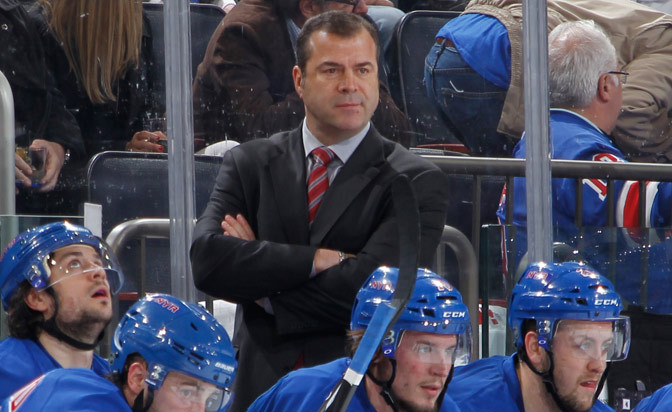