With their playoffs aspirations all but destroyed, the Vancouver Canucks will continue to play out the rest of the season in the hopes of salvaging some of their self-respect.

However, as bleak as the next eleven games make look; the Canucks should give us plenty of reasons to keep watching. The drive for a top-five draft pick continues tonight against the Nashville Predators.

It was a night of celebration as the 2004 Tampa Bay Lightning were honoured before the game for their improbable run to the Stanley Cup Championship. I was keen to watch as this happened to be one of my favourite Stanley Cup victories of all time because, you know, my team never wins. As I currently reside in Calgary, I won’t specifically state why I enjoyed this victory so much. It’s kind of a sore spot around these parts.

For real though, I think any Stanley Cup celebration that intentionally involves Hulk Hogan and a leather fanny pack will be awesome: 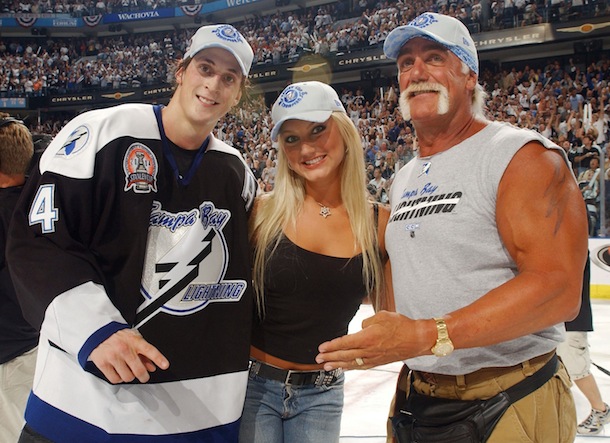 The celebration was definitely an emotional one for John Tortorella as he double fist-pumped his way onto the ice to join in the celebrations as head coach of the 2004 team. In a pretty terrible season for Torts, it was a nice moment that I’m sure he will remember while he is searching the help wanted ads in the summer.

Once the game actually started it was all Tamp Bay Lightning, as Steven Stamkos scored on the power play to put Tampa up 1-0. I am now convinced that the Vancouver Canucks are officially part of Tank Nation because if I’m going to tank, I would leave Steven Stamkos alone in front of the net as well. Just sayin’.

Things kind of got better for the Canucks as the game wore on. Defenseman Ryan Stanton’s scoring prowess was on display as he collected two goals. Granted, it was for the wrong team but it takes some skill to score two goals in a single NHL game so he should still get some credit. Before the second period was over it was 3-0 for Tampa Bay.

Alex Burrows, who you might remember as the guy who couldn’t score, managed to get the Canucks on the board early in the third period to breathe some life into his team. Unfortunately, Eddie Lack got a little bit too excited and let in a softy to put the Lightning back up by three goals.

Rookie sensation Nicklas Jensen continued his strong play by notching what appeared to be his third goal of the season. However, Burrows took it away as it appears his insatiable greed for goals has returned in full force. The Canucks would draw even closer when Jannik Hansen scored shorthanded goal on a beautiful rush. It was too little too late however, as the Canucks would fall 4-3 to the Tampa Lightning.

Take solace Canucks fans. It was another exciting game where a rookie played great and the team inched closer to a top-five pick in the draft.

At this point the Predators have little to no chance of making the playoffs which means another year of hockey in Nashville is coming to a close. 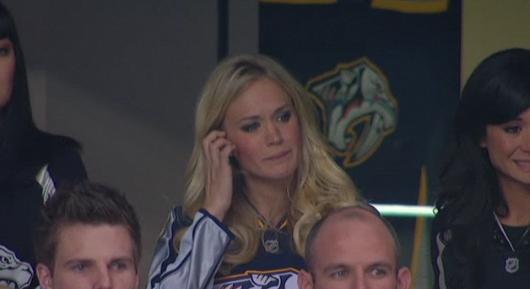 Don’t worry Carrie, that just means Mike Fisher will finally be able to watch your “interpretation” of the Sound of Music! Everyday! 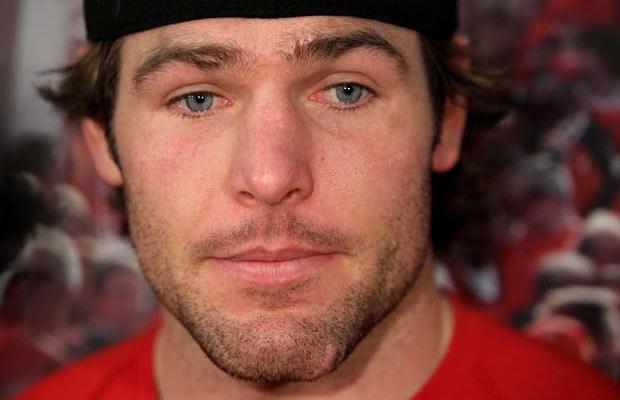 Other than Mr. Underwood, the Canucks will have to pay close attention to the defence of the Predators led by Shea Weber and rookie Seth Jones. As usual, the Predators can lull you to sleep with stingy defence and then quickly pounce on any mistakes you make. That has been Nashville’s calling card in the past and a team like Vancouver who gives up grade-A scoring chances need to be aware of this strategy.

John Tortorella seems to like the make-up of his forward lines for the time being so I wouldn’t expect many changes. Chris Tanev injured his hand and was seen with a full wrap and splint on his right hand after the game, so he likely won’t play. We will update as we learn more. Lack will inexplicably get the start again because backup Jacob Markstrom has been awful in practice apparently. UPDATE: Tanev has a broken finger and Brad Richardson will return to the lineup.

Well, it seems like John Tortorella and the Canucks have destroyed Eddie Lack’s confidence with their ridiculous assumption that he was ready to become a number one goaltender. I have no doubts that Lack will become an excellent goaltender in the NHL and probably sooner than later. I just really hope that the team and the fans aren’t too hard on him while he develops through his growing pains. However, I feel like there probably was a smoother way to transition him into the spotlight. If there is one positive though, it is that he will be able to make his mistakes (like Tampa Bay’s fourth goal) without the fear that they will cause the Canucks to miss the playoffs. Don’t worry Eddie, the rest of the team made sure of that a long time ago.

Please stop trying to make this combination work. No matter how many times these two players are paired together, it always ends in disaster. Put your thinking caps on and come up with something that works. There are only six players to choose from so it shouldn’t be that hard!

The Canucks have outscored their opponents at five-on-five with all of those pairings except for when Bieksa plays with Alex Edler.

I have been pretty vocal about my support for Tank Nation. However, even though I am openly advocating losing intentionally, I really have to give a ton of credit to the Canucks for the way they have played over the past few games. Despite not being any good and giving up some horrific goals, we have not seem them quit and have even seen some scoring in the process (it helps to have Alex Burrows back to being Alex Burrows). Vancouver is back to trying hard and playing some exciting hockey. With a season like the one the fans have endured, a little effort will go a long way in securing support for next season.

The Predators probably still feel like they have a chance at the playoffs while the Canucks are more grounded in their bleak reality. A Barry Trotz coached team shouldn’t lose this game. And they won’t because Nashville will win 3-2.