The will Canucks continue their quest to secure a playoff spot tonight with a road game against the Nashville Predators.

The Predators (47-22-8) sit 1st in the mighty Central Division while the Canucks continue to maintain 2nd in the Pacific Division.

The Canucks continue to amaze. Forgettable efforts in losses to Colorado and Dallas gave many reason to worry. Never fear! Put the Canucks against an elite team on the road and it is pretty much a guaranteed win. The Canucks did just that in a 4-1 win over the St. Louis Blues that can only be described as a textbook road win.

The Canucks will look to continue their stellar road play against a Predators team that has already secured a playoff berth. Vancouver may catch a break as Nashville might be without Shea Weber, who is listed as day-to-day with a lower body injury and missed the Predators’ last two games.

*Update: Weber will not play

Neither James Neal nor Shea Weber will play v. VAN, but they should "absolutely" be ready for the playoffs. http://t.co/a67W1yYdp9

Vrbata now solo 10th in #NHL with 31 goals. He's going to get his own little tab & photo on league web page tomorrow http://t.co/jIKW91yAiJ 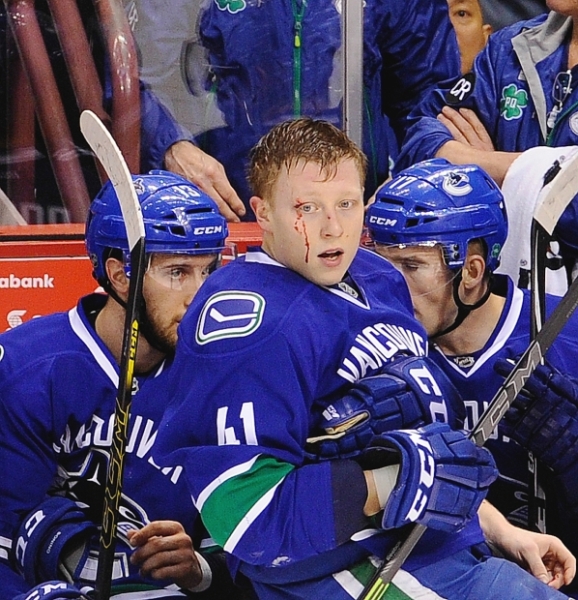 14:37! That was Ronalds Kenins’ ice time in a critical game against the St. Louis Blues on the road. The rookie in Kenins pops-up from time to time, usually with horrid turnovers in his own end or the neutral zone, but generally the good greatly outweighs the bad. Simply put, the Canucks are a better team with Kenins in the lineup. Kenins has been that addition to the so-called 4th line that has made them a 2nd line at times and he has made the Canucks a deeper team.

Interesting point by Stu here and no doubt true, but couldn’t all the bubble teams the Canucks are fighting against for a playoff spot say the same thing?

Stu is a wise, wise man. The Canucks have the worst winning percentage against the “poop” teams amongst the 4 teams vying for the remaining 3 playoff spots (assuming Minnesota is a lock for the first Wild Card), but I’m quite sure the Los Angeles Kings are most lamenting their losses against the bottom feeders. The Canucks are in the best position to make the playoffs of these 4 teams and likely need only 2 more wins to secure a playoff spot. Meanwhile, the Kings are in for the fight of their lives.

Ryan Miller, Zack Kassian, and Brad Richardson did not travel with the Canucks on the road trip. The Canucks are likely to stick with a winning lineup, although they may choose to start Jacob Markstrom in goal given the back-to-back situation.

As always, we will update this section as news becomes available.

The Canucks are coming off an amazing win in St. Louis and are playing a Predators team that has already clinched a playoff spot. The Canucks have all the motivation in this one. The Canucks take this one 5-2 and poor Carrie Underwood will fall asleep by the 3rd period. 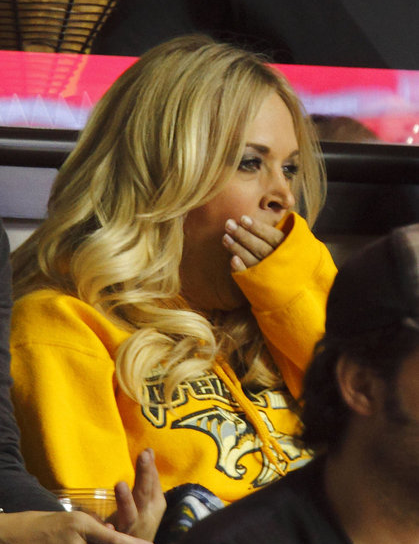