It’s almost must-win time as the Canucks embark on a Saturday night game against Sidney Crosby and the Pittsburgh Penguins at Rogers Arena.

The Penguins (30-14-8) sit 1st in Metropolitan Division while the Canucks look to get back on track in front of their home fans.

The Canucks are coming off of what many feel is their worst effort of the season with a dismal 5-1 Thursday night loss to the San Jose Sharks. The Sharks dominated early and kept on coming despite being the tired team, having played the night before against the Edmonton Oilers. The Canucks simply are not playing with any urgency. Put it this way, the Canucks are doing very little these days to convince anyone that their team is any better than last year’s disaster.

Canucks Nation saw a different side of Willie Desjardins after Thursday night’s loss against the Sharks. Desjardins didn’t exactly come to the defence of Henrik Sedin when speaking on Henrik’s rare unsportsmanlike conduct penalty and indirectly accused the bulk of his team of not working hard enough (except for the Horvat line). Clearly the coach isn’t pleased and we may see a little more authoritative Willie Desjardins for the remainder of the season.

It wasn’t just an ordinary practice for the Canucks on Friday. With the Tragically Hip taking over Rogers Arena on Thursday, the Canucks took to the ice at UBC.

Willie Desjardins was still fired up from his team’s performance the night before and was more vocal than usual.

Willie Desjardins stops practice this morning to give his team a little heated talking too. Showing lots of emotion. #Canucks

Willie got some emotion from his players after that.

Matthias and Weber getting into it during practice. #Canucks

These may seem like unlikely combatants, although Weber also got into a scuffle with Derek Dorsett earlier this season. These things happen when a team gets frustrated and the coach gets the team into battle drills at practice. Both players said all the right things after practice.

Canuck D Yannick Weber after practice Friday: “I mean, we just got pumped 5-1 at home and nobody is really happy around here.” #Canucks

Willie Desjardins is cracking the whip and for one practice at least, the players are responding. 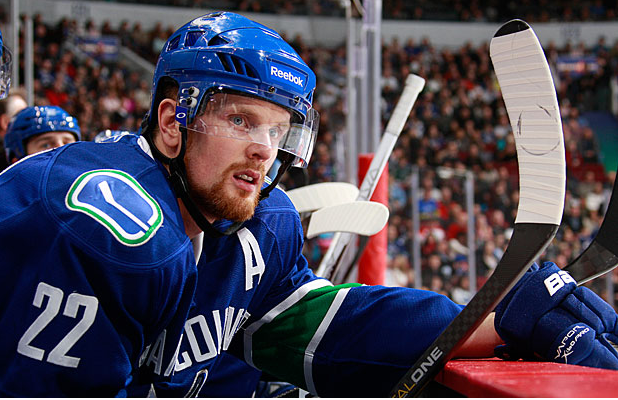 There is very little doubt that Daniel Sedin’s days as a sniper were numbered quite some time ago. Daniel is still a very useful player and an excellent passer, but his ability to be a one shot scorer has disappeared. Jim Benning made the free agent signing of the the offseason by penning Radim Vrbata to a 2-year deal. This signing, for good or bad depending on your point of view, has kept the Canucks relevant in the playoff hunt. The reality is the day the Sedin’s anchor the second line is the day the Canucks become a contender again.

Injuries are starting to catch up to the Canucks.

#Canucks without Hamhuis/Tanev/Higgins/Richardson/Corrado at practice on UBC ice. #TSN1040

The Canucks held an optional morning practice on Saturday, with Higgins, Tanev and Hamhuis taking to the ice. Frank Corrado will be out “for a bit” according to Desjardins and Richardson will remain out as well. Chris Tanev is a game time decision, while Zack Kassian may draw back into the lineup.

If Kassian draws back in, it might be for Chris Higgins, who is banged up, or for rookie Ronalds Kenins. They could also scratch Linden Vey in favour of Kassian, which would involve Shawn Matthias to centre.

The Canucks are in a bit of trouble in their 6-game home stand and the Penguins aren’t exactly a get well card. Despite the Penguins playing the second of back-to-back games, I do not like the Canucks’ chances. The Canucks are too inconsistent and too complacent at the moment. Pittsburgh wins 4-1 and Crosby single-handedly justifies the price of admission.