After righting the ship in a 4-3 win over the Washington Capitals on Tuesday night, the Vancouver Canucks continue their long road trip against Sidney Crosby and the mighty Pittsburgh Penguins.

After fumbling in the dark against the Detroit Red Wings on Sunday afternoon, the Canucks played a much better game against the Capitals, scoring three powerplay goals and stifling a superstar in the meantime. Two nights after shutting Alex Ovechkin down… again (0 pts, 3 shots, 2 PIM in 2 games), they’ll try and do the same with Pittsburgh highly touted arsenal of stars.

After earning two wins in their first three games of this road trip, Vancouver has now won four of their last five. It’s also worth noting that the Canucks have not lost back-to-back games since their fourth and fifth matchups of the season (Tampa Bay and Dallas). It looks like this team is not one to dabble in losing streaks. I, for one, can definitely get on board with that. Pittsburgh represents one of the tougher tests this season. They’re stacked down the middle and their top end power is second to none in the NHL. The Canucks will have to stay out of the box and receive some excellent goaltending to leave the CONSOL Energy Center with two points.

Tonight is also the first game that will feature the team that Willie Desjardins snubbed in order to take the vacant Canucks coaching position. It will be interesting to see if there is any animosity towards him from the more knowledgable fans in the Steel City.

The guy that the Pens ultimately picked up? None other than Willie Desjardin’s Best Man! 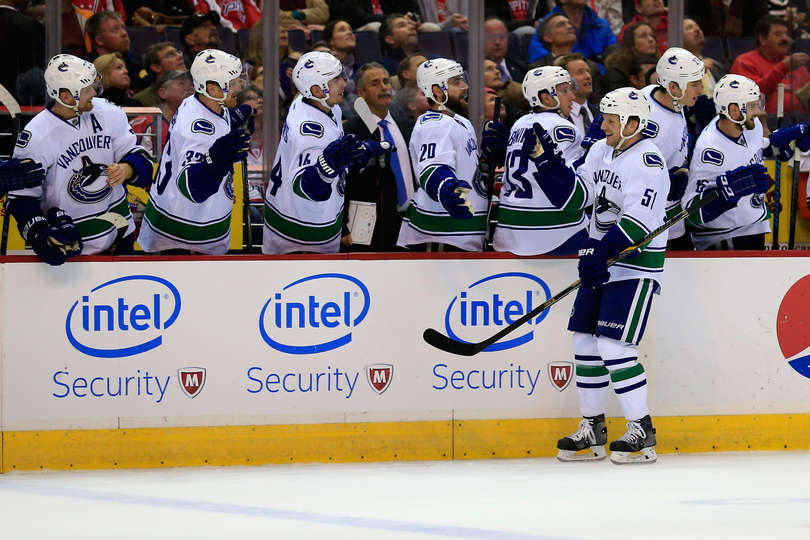 Much has been made about the early success of the Canucks’ offence. While the goaltending has been painfully inconsistent, it appears most of that can be addressed while the rest of the team nets, on average, 3.08 goals per game. However, Pittsburgh happens to be one of the three teams ranked higher in that statistic (3.33).

Vancouver has scored 77 goals in 25 games, while the Pens have notched 80 in 24 games. The great discrepancy is when each team scores their goals. The Canucks are 4th in the league with 30 third period goals (Pittsburgh has 17), while the Canucks have only managed 13 goals in the first stanza. The Penguins have a whopping 33.

Away from home and playing against one of the best teams in the league, the pressure will come immediately. A sluggish start like we saw in Detroit won’t leave the Canucks much of a chance.

The big story exiting the showdown with the Capitals was the stellar power play performance the  Sedin power play unit put on. As a team, the Canucks went 3-for-4 and made the Caps look silly with plays like this.

With all the depth scoring being contributed at even strength, little has been said about the Canucks mythical second unit. Alex Burrows had a tip-in goal on opening night, but since then… radio silence. Nada. Nothing. It’s fine when the Sedins are able to put on a clinic like they did last night, but part of having the depth that’s been so celebrated this season is converting on the man advantage against the opposing team’s second best penalty kill squad.

Perhaps the second power play unit of the Canucks can take a few notes while they’re sitting on the bench watching the best power play team in the league (Pittsburgh is converting on 30.8% of their man advantage situations). 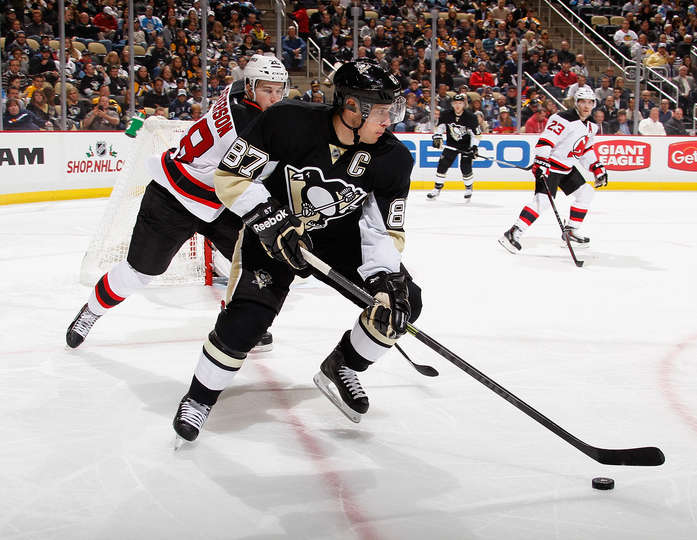 He’s lauded as the best hockey player in the world for a reason. Once again, Sidney Crosby is leading the NHL with 33 points (9G, 24A) and showing no signs of letting up. Perhaps the most impressive thing about Sidney Crosby is his consistency. At the moment, Crosby is pointless in his last two games. The last time we went three regular season games without registering a point? October 31 to November 10, 2009. That happened to be the worst stretch of his career, as he went not just three, but five games without a point.

The Canucks will likely ice the same lineup that played against the Washington Capitals, which means Frank Corrado and Niklas Jensen will probably be healthy scratches. Eddie Lack is rumoured to be getting the start, but we’ll know more after the morning skate, so stay tuned.

The Penguins may be a little banged up, with Kris Letang (groin), Robert Bortuzzo (suspended), and Chris Kunitz (foot) out of the lineup, but they’re still dictating the pace in the Eastern Conference. Pittsbugh and Vancouver have identical records in their previous 10 games (7-2-1), so something has to give. Will it be the Penguins power play breaking through, the Sedins extending their hot streak, or something entirely different? Whatever it is, you can bet your bottom dollar this is going to be an exciting game with more than a few goals. I’ll take Vancouver in overtime by a score of 5-4.

Rest assured, this won’t be no ride in the park.