After a stretch that saw the Canucks score just four goals in four games, it would appear Vancouver has regained a little bit of that scoring touch. Pair that with some outstanding goaltending and a fairly light back-to-back schedule and you’ve got yourself a two game winning/shutout streak. Up next, the Canucks look to serve up some revenge on Bobby Lou and the Florida Panthers.

Just 11 days after dropping a 3-1 decision to the Panthers, Vancouver finds themselves in the warm confines of Sunrise, Florida aiming to make it three wins in a row. Once again playing back-to-back games, with Tampa Bay tomorrow night, the Canucks will hope to build on the success they’ve had in the past two contests.

While it’s nice to post two consecutive shutout wins on the road, the majority of those following the Canucks are exercising no small amount of caution. After all, the wins came against two of the weaker teams in the league in Philadelphia and Carolina. However, Vancouver has long been criticized of “playing down” to their opponents and while they may have done that for stretches against the Flyers and essentially the entire game against Carolina, they still escaped with the maximum amount of points available after two games.

Of particular interest is the fact that all seven goals scored in the last two games came from different players. Nobody is going to accuse the Canucks of being an incredibly deep team, but it’s nice to see several different players bump slumps and do so in spectacular fashion at that! 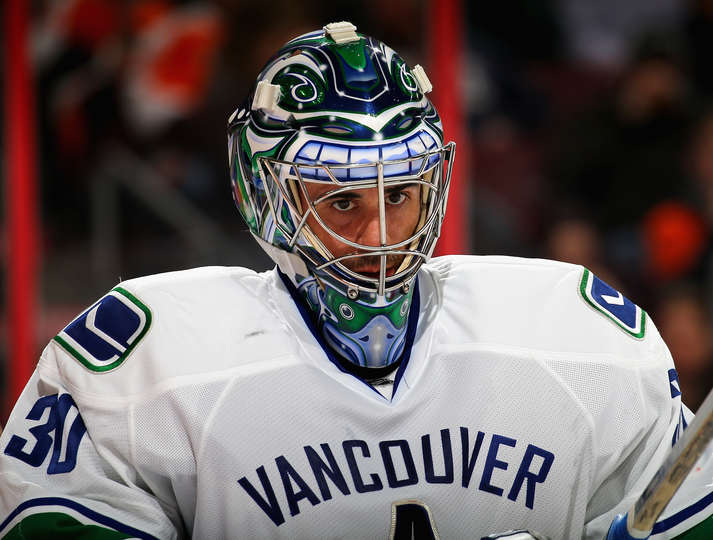 There are no two ways about it. Ryan Miller has turned his game around. It took some time and we witnessed flashes of it in the early stages of this season, but it’s clear Miller has settled in and started playing in a fashion that makes Jim Benning look like a pretty smart guy.

Since the 5-1 shellacking at the hands of the New York Rangers on December 13th, Miller has posted a 6-2-1 record with a sparkling .955 SV% and 1.44 GAA. Now with 5 shutouts on the season, it would appear that if the Canucks can figure out how to generate offence regularly, they’ll be able to maintain a pace that leads to postseason hockey. The Canucks have seemingly been unable to score with Eddie Lack in the net, but hopefully that will change as the season moves forward.

Nearly 200 feet at the other end of the ice tonight will stand Roberto Luongo. Much has already been made about his triumphant return to Vancouver and the accompanying fanfare. However, many fans have come to realize in years past just how competitive Bobby Lou is and you can bet your bottom dollar that he was pretty pleased with putting on a show and leaving Vancouver with a win.

Lost in all the discussion surrounding his homecoming perhaps was the tale of just how much of a saviour Luongo has been to the Panthers. Florida scores just 2.35 goals per game, ranking 25th in the league in that category. Loungo ranks 4th and 5th in SV% and GAA among goalies that have played at least 35 games, with a .924 SV% and 2.33 GAA. He’s been keeping afloat a team that perhaps shouldn’t be succeeding as much as they are. The Panthers aren’t currently in a playoff spot, but the only reason they’re even in the picture has been the play of their goalie.

During the 2010-2011 season, the Canucks were stellar in special teams, finishing the season 1st on the powerplay (24.3%) and 3rd on the penalty kill (85.6%). While their power play has slowly climbed the ranks to 10th, Vancouver’s penalty kill has been impressive. Currently ranked 3rd in the NHL at 87.6%, Glen Gulutzan (penalty kill) and Perry Pearn (power play) have done a great job rebuilding a special teams squad that floundered a year ago.

The majority of metrics that predict future outcomes are centered around 5-on-5, and the Canucks haven’t been particularly effective at even strength. With a Corsi For Percentage of 48.98%, there is definitely room for some improvement. However, in the meantime, strong special teams will have to do.

Looking at the defensive pairings in practice yesterday, Luca Sbisa will likely draw back in the lineup for Frank Corrado. It appears Brad Richardson is suffering from soreness and could be a game time decision. If Richardson is unable to play, Linden Vey will move to centre and Zack Kassian draw back into the lineup alongside Nick Bonino and Shawn Matthias.

Desjardins on Richardson: he was pretty sore today and club will have to wait and see. Sounds like Kassian would get in #Canucks #TSN1040

As always, any changes made will be updated here.

In an effort to exact some revenge on Roberto Luongo and the Panthers, you can imagine that the Canucks will come out of the blocks with some gusto. Couple that with the confidence Ryan Miller is exhibiting and the fact that any time a Canadian team rolls into Sunrise, it’s practically a home game. While Florida used to be but a nice little pit stop for teams looking to boost morale, they’ve been pesky this year, beating strong teams like Pittsburgh, Anaheim, and Washington. They’re reeling though, with three losses in a row, including an 8-2 catastrophe against the Winnipeg Jets. I’ll take the rejuvenated Canucks 3-2 in a shootout. Side prediction: Henrik steals the ceremonial face-off from Willie Mitchell after Brazilian soccer legend Ronaldo drops the puck.