The end is nigh my friends. After six games of endless experimentation and irrelevant hockey, the Canucks are just 60 minutes of preseason away from actually preparing for real games.

Continuing with the theme of irrelevancy, the Oilers are back in town for the second game of a home-and-home series between the two Pacific Division basement dwellers. Will Vancouver look the part of a playoff contender? And like the Canucks bubble players, am I in danger of getting cut after some key off-season signings to Vancity Buzz? The pressure is on…for everyone.

With both teams forgetting that it’s the preseason, the Oilers and Canucks actually managed to provide an entertaining tilt at Rexall Arena on Thursday night with the good guys coming out with the 2-1 victory. The Canucks, with 4 wins and 2 losses, look to cap off a pretty decent little pre-season Saturday against the same Edmonton team led by the most boring haircut in all of hockey. 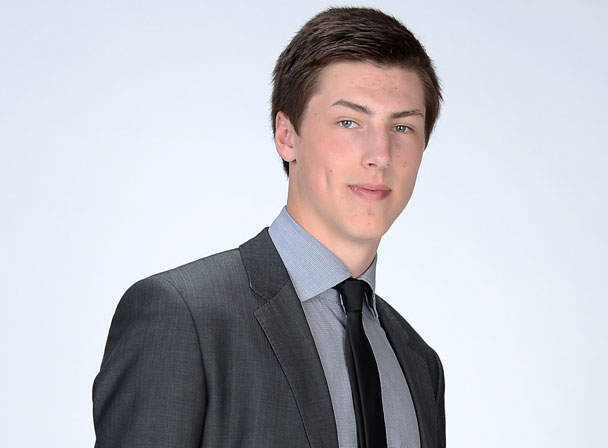 1. Can the Canucks Penetrate the Oilers’ Air-Tight Defence?

and poor Fasth is like WHAT THE HELL ARE YOU GUYS DOING DO YOU NOT SEE THIS pic.twitter.com/IJaZIVc0Pa

Or how about Exhibit B:

How Alex Edler got so open, we'll never understand. But we approve. http://t.co/3wIw4ns5BI #Canucks

I think it’s fair to suggest that the Oilers forgot how terrible Alex Burrows played last season. The way they swarmed him, you’d think he was Evgeni Malkin killing that penalty. As much as we like to mock the Oilers and their defensive coverage, I (for some blind reason) have a feeling Oilers coach Dallas Eakins will make the necessary adjustments to prevent that from happening again. Or he’ll just blame the fans again. Lousy fans.

2. Are the Canucks Ready?

It’s not secret that the Vancouver Canucks need to get off to a good start in 2014. On top of beginning the season against the Calgary and Edmonton, the Canucks will also have to watch as other teams accumulate points while Vancouver gets a early rest in the schedule. It’s crucial they strike early against two of the easiest teams in the Western Conference.

But will they be ready? For the first time in a while, a Canucks coach seems to have had a plan in place during training camp to cultivate some chemistry among the forwards and defence. Not for a moment (for good reason) has Desjardins waned from having Radim Vrbata with the Sedin twins and the early returns have been promising. The same can be said for Chris Higgins and Jannik Hansen who have, for the most part, stayed together while the coaching staff auditions their third line centre position.

With Hunter Shinkaruk and Cal O’Reilly getting cut on Friday, the Canucks are down to the nitty-gritty in terms of player personnel for the season. Coach Willie has done an exceptional job fostering chemistry and preparing the team for the games that actually count. 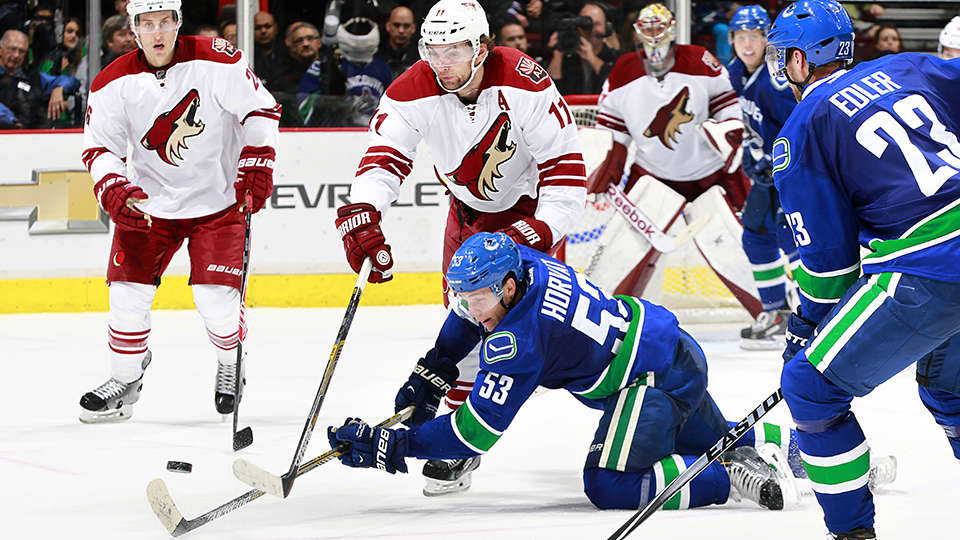 Luckily, the injury to Horvat isn’t as bad as originally feared.

Horvat’s shoulder isn’t broken but he’s expected to be out at least a few days. Kassian and Richardson have been cleared to play. #Canucks

Brad Richardson and Zack Kassian have begun practicing again while Bo Horvat will sit out with an injury. Kevin Bieksa missed Friday and Saturday’s practice after colliding heavily into the boards on Thursday. Ryan Miller will get the start in the final preseason game.

Here’s how the Canucks should look tonight based on the game day skate this morning:

I have liked what I’ve seen so far this preseason from coach Willie Desjardins and the Canucks. They have really emphasized finding chemistry up and down the lineup and I honestly think it will pay off now that the season is about ready to go. Since Dallas Eakins still can’t figure out his lineup (as if there is a lot to choose from…), I see the Canucks taking their final preseason game 4-2.