With the Vancouver Canucks already looking ahead to their personnel decisions for next season, we find ourselves watching intently to see what else could possible transpire with this soap opera of a team. In the meantime, the Los Angeles Kings are in town to help the Canucks secure that coveted top ten draft pick.

Former Canuck Coach Alain Vigneault was in town with his new team on Tuesday night and things probably couldn’t have gone much better for him and the New York Rangers. 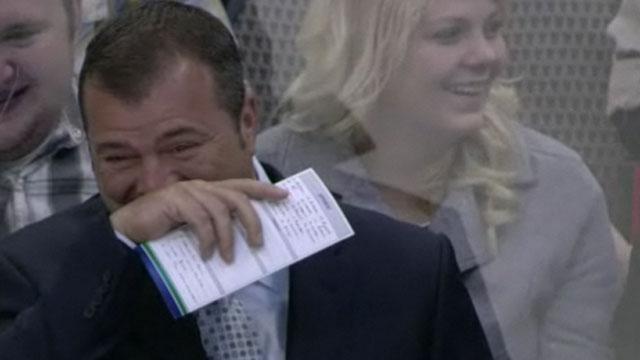 Yeah we’ve done a lot of that this year too.

Daniel Carcillo (Yup, can’t get much lower than that…) and Benoit Pouliot (Wait, it did…) put the Rangers up 2-0 in the first period. Eddie Lack, who looked like he was playing his 17th straight game was a little bit shaky to start but seemed to settle down as the game wore on. It’s almost like starting 17 straight games isn’t a good idea.

Ryan Kesler, who still seems to care for some reason, put Vancouver on the board early in the second period off of a beautiful pass from Daniel Sedin. I’m still not sure how Kesler got the shot off with Dominic Moore draped all over him in the slot, but who cares because suddenly the game seemed worth watching.

The Canucks had their chances in the third but felt the urge to completely blow it by making ridiculous passes on the power play that led to multiple odd-man rushes. The second of which would prove costly as Martin St. Louis notched his first goal as a Ranger on a shorthanded rush. The guilty parties were Zack Kassian and Yannik Weber. Kassian made a brutal pass but Weber made an ever dumber attempt at keeping the puck in the zone by diving at it. If you dive and miss, puck goes in your net. Not good.

Anyways, 3-1 is how the game ended. Although I do feel the need to mention Alex Burrows getting a five minute penalty for a legal hit on Ryan McDonagh. Not that it mattered much, but in light of Nino Niederreiter not even having his head-shot on Burrows reviewed, I found the five minute penalty a little ridiculous.

While the Kings won’t have a chance to capture the Pacific Division title, they have still had a solid year and will most likely enter the playoffs in the sixth spot. This is a team that is built for playoff hockey and whoever lands them in the first round won’t be happy to say the least. Saturday’s match against the Canucks will mean very little to the Kings which probably means it will degenerate into a gong show.

These are exciting times for the LA Kings as every year they seem to trot out any celebrity they can find to show how much support they have in Hollywood. We have seen everyone from Will Ferrell, David Beckham, Ashton Kutcher, Gene Simmons and Lauren Conrad. You know Lauren Conrad? The person that created the teenage phenomenon know as dramz? Yeah that one.

But what really confuses me about the Kings is the fact that they have Eric Cartman from South Park as an unofficial mascot on the jumbo-tron screaming “GO KINGS GO”. This makes absolutely no sense for three reasons:

1) Eric Cartman lives in South Park, Colorado. You would think the Avalanche would have dibs on his support.

2) Hockey isn’t really his thing. He’s more into anti-semitism and being a sociopath.

3) His voice doesn’t exactly inspire the motivation to cheer on a team. 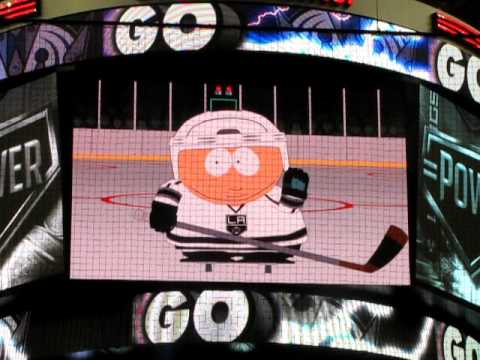 Anyways there’s your preview of the Kings that has nothing to do with hockey at all.

Henrik Sedin looks to be good to go following his brief recovering from a knee injury. You would think he would be reunited with his brother Daniel but, you know, John Tortorella. Also, Eddie Lack will get the start for some reason.

UPDATE: Frank Corrado has been called-up and will play for Yannick Weber, who was missing from practice on Saturday.

I have written about this before, but I feel the need to mention it again in light of some post-game comments from the Canucks. Here is an example of something we have heard too many times this year:

“I thought we out-played them tonight. We were the better team.” – Kesler

Whether it’s Kesler or Henrik, the leadership group keeps pumping out the same excuse after every loss. In the NHL, games where one team dominates, but lose, happen. It’s inevitable. But what bothers me about the Canucks is how often we hear this. Rarely do the Canucks ever look like the better team. Maybe, just maybe, you are losing because you consistently make stupid mistakes that lead to shorthanded goals in the third period.

2. The Final Five Games of the Torts Era

I think everyone is now running on the assumption that John Tortorella will be getting the axe once the season is over, especially after GM Mike Gillis’ recent radio interview on the Team 1040. Coach Torts had the chance to address those comments on Friday and unfortunately didn’t poke the bear any further keeping it cordial. However, he did make it clear that he wasn’t changing his approach which is exactly what Gillis said was going to cost people their jobs.

It looks like the trio will get another chance to play together against the Kings, despite Henrik Sedin getting back into the mix. It’s probably a good thing they are staying together because they seemed to have some chemistry. Although every time we get excited about a new line playing well together it gets separated. Torts doesn’t like excitement. Just dump and change. Lots of dump and change.

The Kings are good and the Canucks are not. It’s a sad reality that I am ready to accept as long as the Canucks have a chance at drafting Michael Dal Colle from the Oshawa Generals in June. In conclusion, the Canucks get thrashed 5-1 but we’re all okay with it because at least Anna Kendrick is on Saturday Night Live a little bit later. She’s delightful.