Despite playing some lackluster hockey in the previous two games, the Canucks have escaped with two victories against the Ducks and Sharks. Vancouver will attempt the “California Sweep” when they face the Los Angeles Kings tonight. The Canucks are just three points up on the Kings, so each of the three remaining meetings with the defending champs should be hotly contested, “playoff-like” games. Vancouver may be in a position of power, but everybody in the NHL knows what the Kings can do in meaningful games. 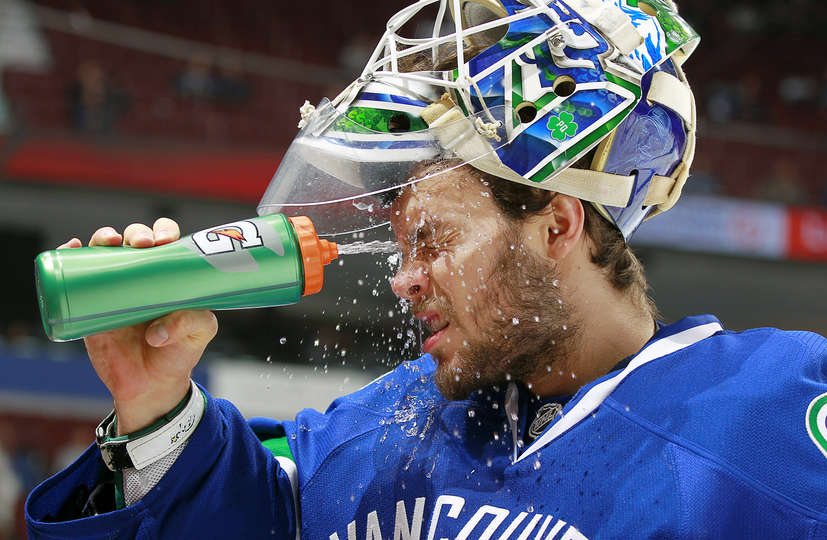 The reigning (no pun intended) Stanley Cup champions looked to be on the ropes just over a month ago, but rattling off an 11-3-1 streak has put them right back in the thick of things with regard to the playoff picture in the Western Conference. Minnesota, Winnipeg, Calgary, and even Vancouver are well within reach and it wouldn’t surprise anyone to see the Kings make it in to a playoff position before the season ends. As mentioned, they’ll face-off against the Canucks three times in the final 16 games, so it’s sure to be appointment hockey. 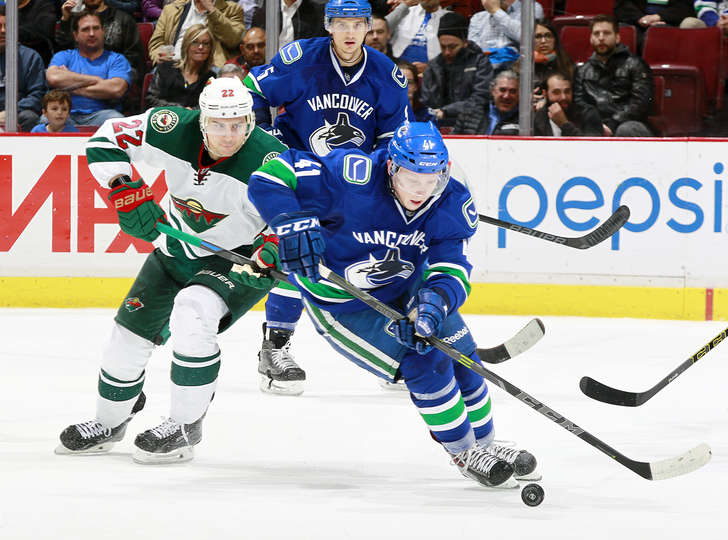 We’re still attempting to determine whether or not Willie Desjardins read Ryan Biech’s open letter regarding Ronny Kenins, but in any case, the 23-year-old Latvian will slide back into the lineup against the Kings. Since he joined the team, Kenins has been one of the better stories of the year. His rough and tough style of play and seemingly instant chemistry with rookie Bo Horvat have endeared him to the fans at least.

He’s been scratched several times in the last couple weeks and most were starting to wonder if we’d see him again with healthy bodies starting to return to the lineup. If statements like the one above are to be trusted, you would have to imagine his game is desirable in the postseason. It remains to be seen whether the Canucks will even make the playoffs, but many hope that Kenins is part of the push. That starts tonight.

After the disaster that was the back end of the Vancouver Canucks’ season last year, one could be forgiven for doubting the abilities of Eddie Lack. While extremes in playing time, shots faced, and awful offensive help definitely didn’t help, Lack wasn’t exactly confidence inspiring. As a result, even though he had played well up until this point, when Ryan Miller went down with an injury against the New York Islanders, there were murmurs of, “Oh, no… not this again.” Well, Lack has silenced any doubters and carried the Canucks in almost every game since he was named the team’s starter.

The question is no longer, “Is Eddie ready?” It’s now, “How many games do we give this guy?” If Lack continues his excellent play, it will be difficult to keep him out of the net during the homestretch when Ryan Miller is expected to return. It’s also worth mentioning that Jacob Markstrom has seen less than a period of play in his most recent NHL call-up. If he is to be trusted in the future, the coaching staff will want to see some more of him now. I suggest Saturday’s tilt with the woeful Maple Leafs would be a good time to spot him a game.

It may be compensating for something (read: the loss of Cory Schneider), but it appears there just can’t be enough written about the young rookie playing regular minutes for the Vancouver Canucks. Bo Horvat has surpassed the expectations of just about everyone, including Willie Desjardins.

At the beginning of the year, Willie said he didn’t want a teenager on the team. Well, Horvat is not your ordinary teenager. Instead of blankly staring into refrigerators, he’s back-checking on a 3-on-2. Instead of incessantly whining about the harsh rules around the house, he’s taking key faceoffs late in games. Instead of wolfing down dinner and retreating to his room, he’s scoring the most goals by a rookie since the All-Star break.

Horvat may be lifting the expectations to an unmanageable level, but while he’s hot, this city absolutely adores him. Here’s to an extended showing of Bo Horvat’s excellence.

Kenins will be playing tonight and will likely be flanking Bo Horvat along with Jannik Hansen.

The Los Angeles Kings are getting hot at the right time. Anybody with an ounce of hockey knowledge mixed with a dash of common sense knew this team was far from down-and-out during their tumultuous first half. Like many teams before them, the Stanley Cup took its toll on the Kings and while it hasn’t been easy, they’ve scraped and clawed their way back into contention. I’m already on record saying these three games are going to be pivotal, but I also think the Canucks are up to the challenge. After being outplayed in San Jose and Anaheim, they’ll be looking to assert themselves against what is likely their biggest rival right now. I’ll take the Canucks by a score of 3-2.