The Canucks play their final game of a tough 4 game road trip with an afternoon tilt against the Winnipeg Jets at the MTS Centre.

The Jets (39-26-12) sit 5th in the nasty Central Division while the Canucks continue to maintain their stranglehold on 2nd in the Pacific Division.

The Canucks are looking to cap off an already successful road trip with a win against the Winnipeg Jets in their first and only trip to the Manitoba capital. The Canucks have won the previous two games against the Jets and, while they have a reputation as having difficulty playing “heavy” teams, the Canucks seem to rise to the occasion every time they play a physical team. Having seen the Jets twice live in Vancouver, I believe there is not a more physical team in the NHL right now.

How @VanCanucks can clinch a playoff berth on Saturday… pic.twitter.com/YWbRe4TG9n

The Canucks can almost guarantee a spot in the playoffs with a win against the Jets, while the Jets are fighting for their playoff lives. Winnipeg is currently sitting on the outside looking in and will have to put themselves back in playoff position without the services of, debatably, their best player. Dustin Byfuglien was suspended 4 games by the NHL Department of Player Safety for a vicious crosscheck to the head of the New York Rangers J.T. Miller. Imagine the suspension Alex Burrows would get if he committed an act half as bad.

"I got the call pretty late last night and there was no sleeping for me after that" – Baertschi, loving it. pic.twitter.com/v8sdjrn5Al

Sven Baertschi will make his Canucks debut against Winnipeg. Baertschi came to the Canucks on a surprise trade deadline deal with the Calgary Flames. The Canucks gave up a 2015 2nd round pick for the former 13th overall pick in the 2011 draft. Baertschi has been excellent from day one with the Utica Comets.

Sven Baertschi recalled by Canucks. He had 13 points (7g, 6a) in 12 games with the #Comets and has looked even better than that.

This was Benning’s second trade in which he moved a future prospect for a more mature prospect (the first being the Forsling for Clendening deal). This Baertschi deal has makings of a major coup for the Canucks.

Ryan Miller flew Winnipeg to join the team, although he was the first to say that he wasn’t joining the team with any aspirations of suiting up in Winnipeg.

"I'm happy to be back around the guys, it seems like it's been forever. Even if it's just meetings and practice, it's great" – Miller

That being said, Miller is getting very close and Canucks brass is hoping that he gets into a game or two prior to the start of the playoffs. Eddie Lack has stepped right in and played amazing while Miller has been on the shelf. The Canucks, without a doubt, are a better team with Lack and Miller available. There are very few teams in the league that have the luxury of having two goalies, let alone one, the quality of Lack and Miller. It is important for the Canucks to secure a playoff spot as quickly as possible in order to allow Miller some time to shake off any rust from being out of action for so long. 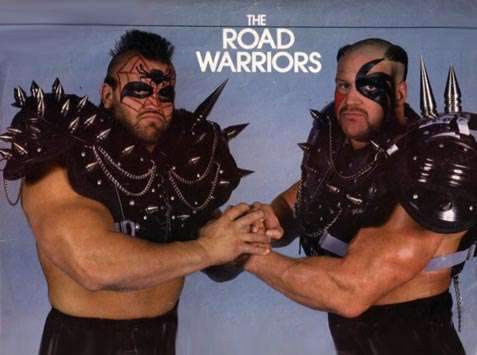 The Canucks are an unbelievable road team. Their road record of 24-13-3 is stellar, but they simply seem to play a better overall game away from Rogers Arena. It makes you wonder if the Canucks would be better off finishing 3rd in the Pacific Division in order to ensure they get an extra road game in the 1st Round of the playoffs. I’m not kidding! Many believe it is better to start the playoffs on the road to begin with and I can’t think of a better example of a team this would benefit.

Only line change for #Canucks at practice is Baertschi in for Kenins.

Zack Kassian and Brad Richardson remain at home nursing injuries. Ryan Miller has joined the team, but is not ready to suit up. Ronalds Kenins, Ryan Stanton, and Brandon McMillan are the likely healthy scratches.

The Canucks can smell the playoffs and the Jets are reeling from the announcement of a 4 game suspension for Dustin Byfuglien. Look for the Canucks to play a strong road game. The Canucks win 4-3, a berth in the playoffs is all but secured, and Baertschi scores in his Canucks debut. 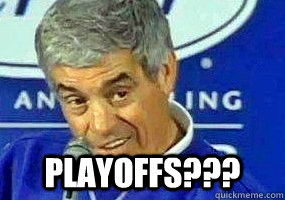