Following their depressing loss to the New Jersey Devils on Friday night, the Vancouver Canucks are back in action against the New York Islanders in what will be their final battle at the old Nassau Veterans Memorial Coliseum.

Although it’s always a little heart wrenching when a team like the New York Islanders move on from an arena that holds so much history, it’s key to remember that some of that history includes beating the Vancouver Canucks twice on home ice in the 1982 Stanley Cup Finals. So needless to say, I’ve already said my goodbyes to Nassau and moved on with my bitter, sarcastic, hate-filled life.

This lady however, will always have fond…um…memories of Nassau Coliseum and it’s many amenities. Including the parking lot:

I’m sure her child is rightfully horrified at the moment.

Anyways, beyond the subtext of this game being their final visit to Nassau before the Islanders move on to Brooklyn, the Canucks desperately need a win against one of the most surprising teams in the Eastern Conference.

The Canucks have started their road trip 1-1 after a win against the Rangers, followed by a loss to the Devils. So a victory against the Islanders on Sunday afternoon would do a lot for the team’s confidence going into the second half of their trip out east. 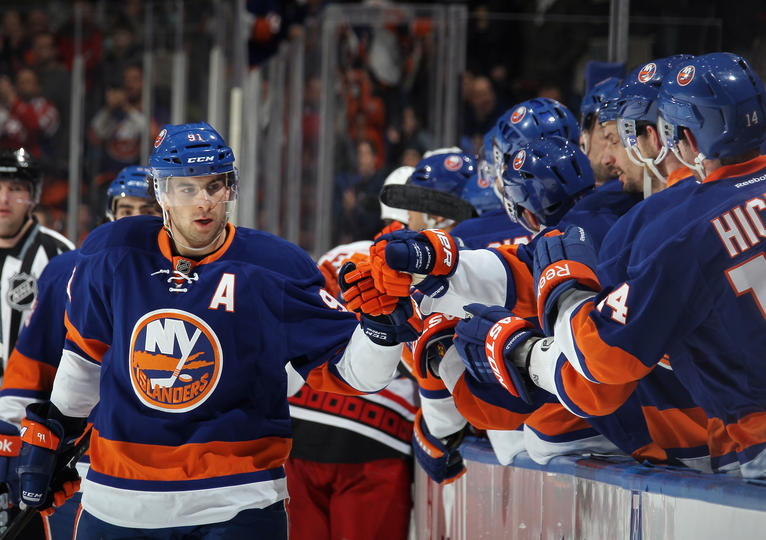 Once the joke of the league, the New York Islanders have been one of the biggest surprises of the NHL this season and currently sit in second place in the Eastern Conference, just one point behind the Montreal Canadiens. New York is 7-2-1 in their last 10 games so they are riding a bit of momentum despite Saturday’s shootout loss to the Washington Capitals.

Led by John Tavares, the Islanders have a potent offensive attack that is second to only the Tampa Bay Lightning in the entire NHL.

Unfortunately, the Canucks defence is a complete fire drill at the moment with all of their injuries so this matchup will be key and interesting to watch develop.

1. Kassian with the Sedins 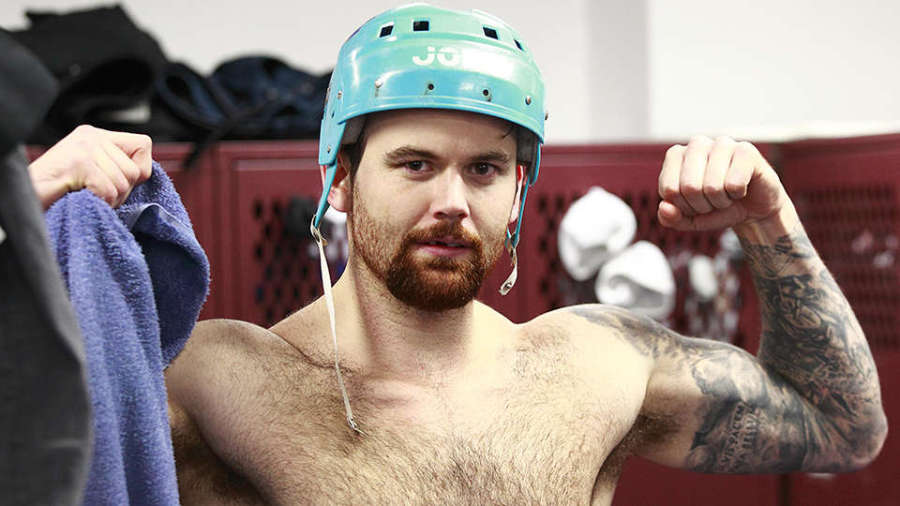 Fans that have been clamoring for Zack Kassian to get a chance to play with the Sedin twins for the better part of two years got their wish on Friday, as Zack Kassian was bumped up to the top line. The much maligned winger took full advantage of the opportunity, scoring two goals.

Alex Burrows will sit out once again with a lower body injury (rumoured to be a groin injury), which left Zack Kassian to take line rushes with the Sedins at practice this morning.

If Kassian can excel with the Sedins, it will do wonders for Vancouver. It gives Kassian an important role. It also strengthens their second line considerably, allowing (when healthy) Nick Bonino to play with Alex Burrows and Radim Vrbata. And it would allow Chris Higgins to move back to the third line, where he belongs.

2. Welcome Back to the Bigs, Nicklas Jensen 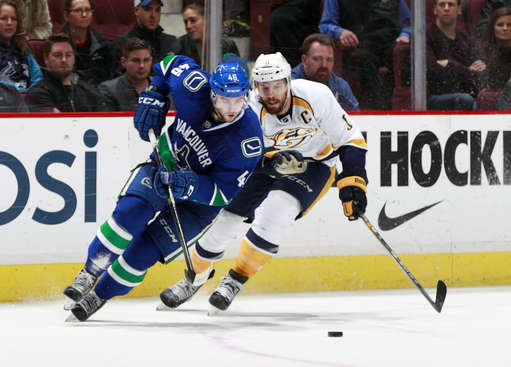 This will be Jensen’s second trip up to the big leagues this season. Jensen had played in 5 NHL games this season, scoring 0 goals and notching 0 assists.

With Alex Burrows most likely gone for a little bit longer than originally thought, it will interesting to see if Willie Desjardins will use Jensen in a top six role.

Because if Jensen isn’t used in the top six, then it’s completely pointless to have him in the NHL in the first place.

Jensen will be a healthy scratch for tonight’s game, but if newcomer Brandon McMillan struggles again, Jensen could get the tap on the shoulder for their next game.

3. The Canucks Catch a Break

It’s not often the Vancouver Canucks, or any Western Conference team for that matter, catch a break with the NHL schedule. But that’s definitely what happened this weekend.

The Islanders played early Saturday afternoon against the Capitals in Washington. Even better for the Canucks? The game went the distance to a shootout where New York fell by a score of 3-2.

Factor in the travel time back to Long Island, and the Canucks probably couldn’t have a better situation on the road to come into.

Although considering how poorly the Canucks have been starting games on this trip, the Islanders playing yesterday may not factor into the outcome. But if Vancouver can pounce on a tired team and continue that momentum, chances are that the team will be able to get back on the winning track.

Alex Burrows will sit out once again with a lower body injury. The defence is still decimated and Ryan Miller likely gets the start.

Here’s how they lined-up at practice this morning:

This one is tough to predict as it depends on which Vancouver team shows up to the Coliseum.

In both of their previous two games, the Canucks have been both pitiful and stellar. Falling behind against both the Devils and Rangers, Vancouver showed some real heart by clawing their way back into contention each time. Unfortunately, their efforts fell short against New Jersey thanks to some questionable coaching by Willie D.

I’ve been a little more pessimistic than usual in my predictions lately, so instead I’m going to bank on the Canucks avenging last season’s embarrassing loss and taking their final game at the Nassau Coliseum by a score of 3-1.