The Canucks continue their five game homestand with a Thursday night battle against the New York Islanders.

The Islanders (26-12-1) are unbelievably coming off a a 5-2 loss to the Edmonton Oilers. Yes, the Oilers beat a very good Islanders team. How? No one is really sure. Meanwhile, the Canucks will try to build on a win over the Detroit Red Wings aided by the stellar play of Ryan Miller,

The Canucks are running into a very good Islanders team that inexplicably got their butts handed to them in Edmonton. It would have been best for the Canucks to be facing the Islanders after a blowout win against the Oilers, but things do not always go as planned. The Canucks will have their hands full against an Islanders team that is a serious contender in the East. Despite the win on Saturday night against Detroit, the Canucks are not playing well and have been bailed out by Ryan Miller countless times over the past few games.

1. The Return of Roberto Luongo 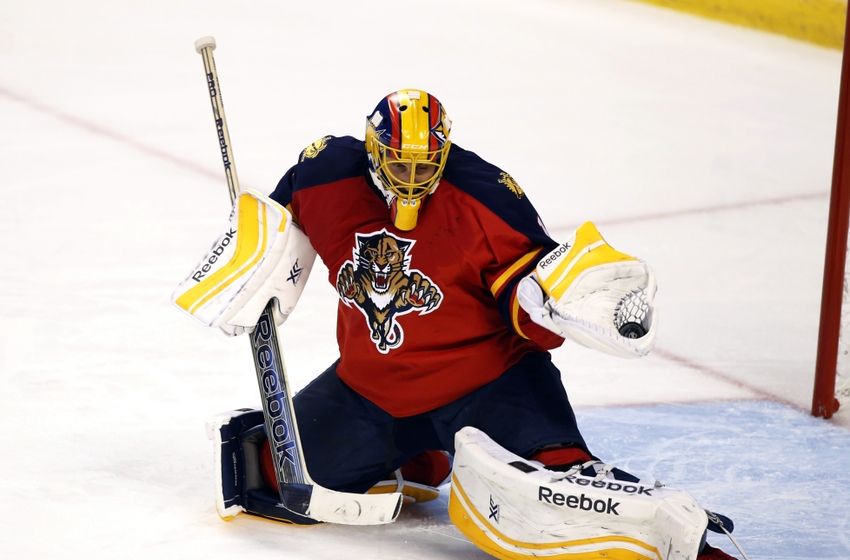 Roberto Luongo and the Florida Panthers are already in town and the buzz for the Canucks game against the Panthers is palpable throughout the city. As absurd as it may sound, Luongo’s return to Vancouver is a storyline that will over shadow their game against the Islanders. The Canucks absolutely need to put the Luongo homecoming out of their heads and focus on a hungry, talented Islanders team.

On another note, the Roxy has been put on notice and Luongo hasn’t lost his Twitter brilliance.

What are your office hours this week @RoxyVancouver ? Just asking for a friend ————>@ShaneOBrien55

2. Willie Tinkers With the Lines

Burrows with Sedins. Looks like it's Vrbata's job to jump start Bonino-Higgins #Canucks

Jeff Paterson with an insightful tweet! Willie Desjardins has decided to shuffle the lines for Tuesday night’s game against the Islanders. The moves are not so much a demotion of a player not playing up to speed on the top line, but more so tinkering to try to give the second line some spark. Alex Burrows moves to the top line with the Sedins while Radim Vrbata, a brilliant free agent signing by Jim Benning in the off season I might add, gets dropped to the second line. Desjardins is making a fairly safe move knowing that Burrows has proven a good fit with the Sedins and Vrbata might be all that is needed to get Nick Bonino and Chris Higgins scoring again. Jannik Hansen moves back to the fourth line where he historically is most effective.

3. The Tavares Show Comes to Town 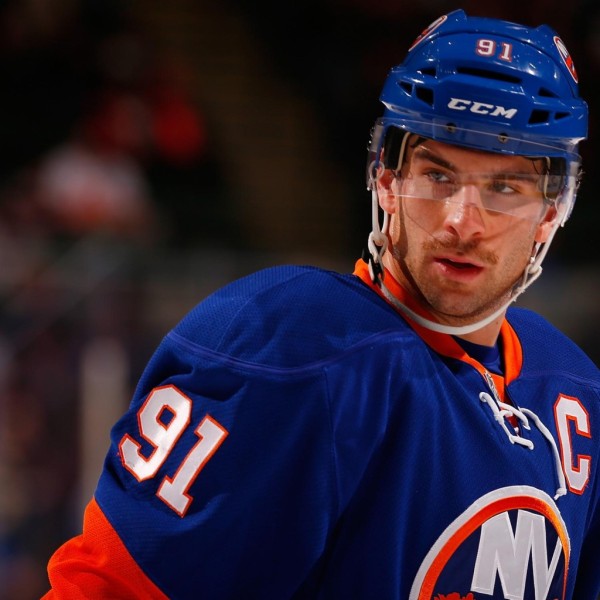 John Tavares comes to Vancouver with an impressive stat line. Tavares sits 9th in NHL goal scoring with 17 goals and is 18th overall in points with 36 points. This is a rare visit for John Tavares in Vancouver and Canucks fans should relish a look at a true, young NHL superstar.

His ice time this year suggests that fans will see a lot of him on Tuesday night:

Dan Hamhuis remains the lone injured player while Linden Vey and Bobby Sanguinetti are once again the healthy scratches.

Willie Desjardins has picked an opportune time to shift the lines and is riding hot goaltending by Ryan Miller. The Canucks take this game 5-2 and immediately afterwards Twitter blows up about Roberto Luongo.