It’s time to rest our weary heads as the odyssey that was the Vancouver Canucks season is finally coming to a close against an old rival in the Calgary Flames. The only question that remains is whether or not the Canucks will give us one final victory or do the right thing and mail it in completely like they did against the Edmonton Oilers on Saturday.

It was all about Ryan “Smytty” Smyth on Saturday night as the fan favourite played his final game in the National Hockey League. I’m not kidding. It was literally ALL about Smyth as every time anything happened the cameras would cut to Smyth to see his reaction (usually crying). Even during the breaks in play we were treated with various Smyth moments. 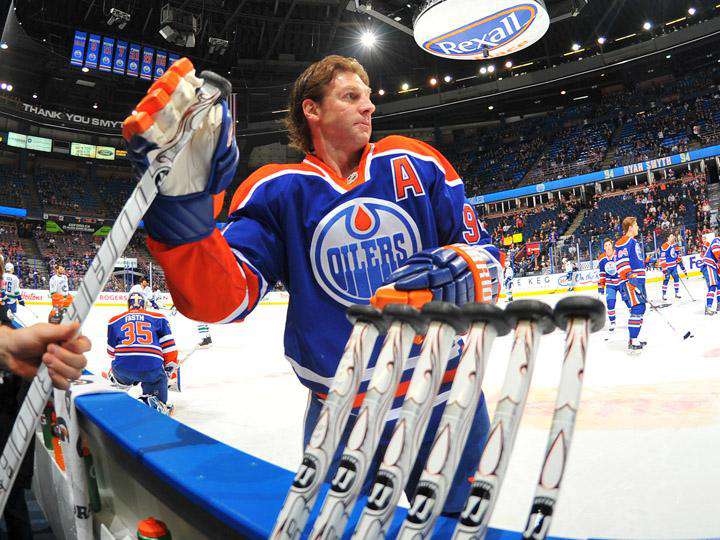 Although CBC would have been happy to film Smyth skating around a pond for three hours, there was actually some hockey being played and it really favoured the Oilers. Roman Horak, who I thought was still a Calgary Flame but okay, got the Oilers on the board first. Alex Edler continued to be Alex Edler and left Jeff Petry all alone in front of the net and suddenly it was 2-0. Which is awesome because we’re going Tanking! To make things even more embarrassing, Will Acton put the Oilers up by three early in the second period. But just as my wife screamed “At least get one goal. It’s the Oilers!”, Shawn Matthias dribbled the puck past Ben Scrivens to make the score 3-1. It was kind of freaky actually. Things kept getting more embarrassing for Vancouver after Ryan Nugent-Hopkins scored a power play goal but the Oilers back up by three. The goal was followed by a bit of a skirmish after Edler “viscously cross-checked” Ryan Smyth. It wasn’t a cross-check though. Mark Lee is just a terrible play-by-play guy. The Oilers would add another in the third period to make it 5-1. With the crowd saluting Smyth for the last time in his career, Zack Kassian scored his 14th goal of the season to continue trolling Edmonton like its his job. Which it kind of is. The goal only kind of ruined the moment but it didn’t matter as the Oilers cruised to a 5-2 win against the Canucks. As Smyth began his final skate around the rink, the Canucks came back onto the ice to pay tribute to their old rival. It was a nice touch by Vancouver and I’m thrilled they did it. I was worried there for a moment. https://twitter.com/EdmontonOilers/status/455203816258822144

The big news for the Calgary Flames is that a couple of their highly-touted prospects will be making their debuts on Sunday. Former Boston College forwards Johnny Gaudreau and Bill Arnold both signed entry-level deals on Friday and will be inserted into the lineup by coach Bob Hartley to see what he has to work with next season. There has been a lot of buzz around Gaudreau as he has been nothing short of terrific for Boston College this season, culminating in the Hobey Baker trophy awarded to the best player in NCAA college hockey. Fans may also been familiar with Gaudreau for his starring role with gold medal winning Team USA at the 2013 World Junior Championships. While his size will always be an issue, the Canucks will have to be very aware of his presence on the ice. Then again, they are barely aware of themselves on the ice. In the race for a better draft pick, it looks like the Calgary Flames will end the season in a slightly better position than the Canucks despite Vancouver’s best effort to suck. The Flames are in full-out rebuild mode and it seems like they have at least gotten themselves on the right track. Unlike another Alberta based team situated about three hours north of Calgary that continues to stock up on prospects yet keep on getting worse.

It’s too early to know what John Tortorella will do with his lineup but we’ll keep you updated on any lineup changes from the Canucks. I’m just hoping Eddie Lack gets the last start of the season. But with Torts, you never know.

UPDATE: Markstrom will start in goal. Hamhuis, Hansen and Schroeder will sit in favour of Bieksa, Dalpe and Sestito.

1. Keep an Eye on the Flickers

Get it? Because they are young Flames? Ahhh who needs you… The Canucks are historically very generous for gifting players with their statistical achievements (case in point, the Canucks gave Steve Pinozzoto his first career point on Saturday night).  Which kind of answers the question of why the Flames would be dressing Arnold and Gaudreau for their last game of the season. It’s always special when a player scores in their first game in the national hockey league, so you can bet the Flames will be doing everything in their power to make that happen. There is no doubt that Arnold and Gaudreau will be key for Calgary moving forward and if you can believe it, they already have a couple of fans with customized jerseys: https://twitter.com/Domeiceadv/status/454800739760472065 The one of the right (Arnold) is a good buddy of mine. They purposefully go out of their way to customize jerseys with relatively unknown prospects so they are the only ones in the arena to have one. That’s like a Canucks fan intentionally showing up with a Prab Rai or Taylor Ellington jersey. Dedication.

Not to be a conspiracy theorist (I totally am), but something about this seems a bit off to me. Over the past few years, we have barely heard anything from Pat Quinn in regards to the Canucks except for his brief appearance at the Heritage Classic on March 2. On the same day, it was then announced that he would be inducted in the Ring of Honour on April 13 which is now upon us.

Okay, everything seemed normal because it looks like the Canucks are doing everything in their power to honour their almost win against the New York Rangers except for changing their team name to the Vancouver 94’s. But now, with Mike Gillis fired and Trevor Linden coming in as team President, all of a sudden Pat Quinn has resurfaced as a man who seems like he will have a lot of influence over the Canucks due to his connection with Linden.

So just as he is about to be inducted into their Ring of Honour, Quinn is suddenly a lot more relevant and could even become part of of Linden’s administration. Linden even hinted at the possibility during his first period intermission interview with Ron Maclean on Saturday night. 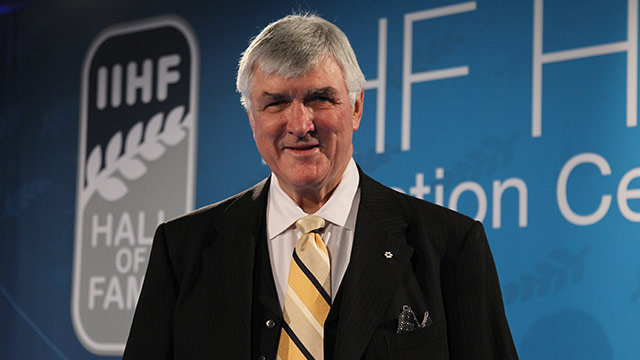 Could we be seeing the return of Quinn? The timing just seems a little too perfect and makes me think this Gillis decision was a long time coming. Just some food for thought.

After Sunday’s game against the Flames, we won’t see the Canucks back on the ice until mid September. But fear not Canucks fans, there will be plenty to watch and look forward to as the summer months move along, starting with Tuesday’s NHL draft lottery. Although I would love to see the Canucks win in in their final game to give us a positive memory, Tank Nation needs to keep rolling until the end. Fortunately, this game will mark the end of the Tank Movement and we can all reunite to cheer for the Canucks in October.

Calgary has been playing some great hockey since the Olympic break and I’m thinking that trend will continue against the Canucks. The Flames will win this one 3-2 and I have to go to work everyday for the next six months and hear all about it. It’s going to be a looooooooong summer.

On a side note, a huge thank you to everyone who tuned in for our Game Previews this season. It was a lot of fun despite the team being complete trash to write about. Much like new president Trevor Linden, I’m sure Rob the Hockey Guy will have to sit down to gather data and evaluate our performances this year. So we’ll see who gets Gillis’d and who gets Gillman’d Cheers!