Well, the Canucks preseason rolls on… and on. Back in Vancouver after a road tilt in Calgary, “Willie and The Lads” (copyright pending) will play their fourth game of the 2014 preseason schedule. Also preceding Thursday’s game was the latest round of cuts announced by GM Jim Benning. Goodbye, Curtis Valk, we hardly knew you. In a game that marks the halfway point of the preseason, these two teams are edging ever closer to opening night rosters.

Just one night removed from a win in Calgary, the Canucks look to build on their two game winning streak (I’m not counting the game in Stockton against the Sharks because contrary to popular belief, if a professional sports game is played and there is no television or radio coverage to relay it, it did not happen). But I digress… The Canucks can take the lauded “split-squad sweep” with a win on home ice tonight. 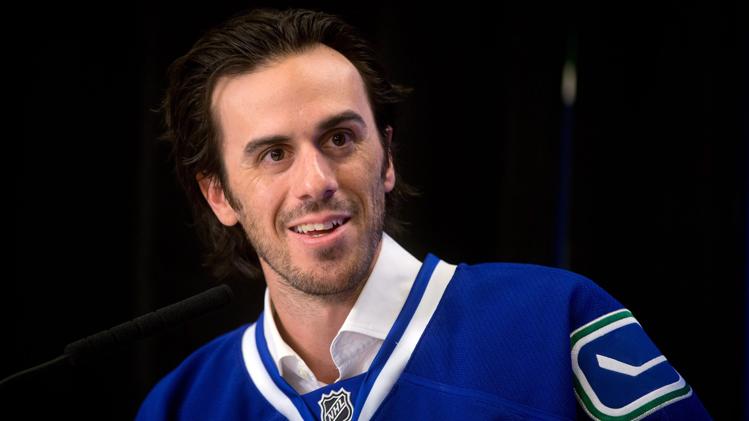 Tonight ushers in a new era in Vancouver goaltending history, and pay no heed to the fact that the Canucks have had enough “goaltending eras” in the last few years to last every team in the Pacific Division a lifetime. Ryan Miller has a chance to impress the Canucks faithful on home ice, the site of (get ready to hear this a lot) his near gold medal in 2010.

Miller may be expensive and he may have been signed for too long depending on who you speak to, but he’s a good, solid goaltender. Let’s at least give him a chance, whaddya say?

I’m thinking it. You’re thinking it. Jim Benning is sure as hell thinking it. “Vrbata with the Sedins? Beautiful.” The preseason isn’t so much a tryout for Vrbata as it is a time for him to get comfortable on that first line. It’s clear that Vrbata left money on the table elsewhere to have his shot with the Swedes and he’ll get ample opportunity.

Responsible in his own zone from years of playing on a shutdown line under Dave Tippet in Phoenix, Vrbata is intelligent with the puck, and might be smarter without it. Vrbata played against the top opponents night in and night out, and usually came out on top. He should be a pleasure to watch.

3. Who wants to stick around?

As mentioned, the roster of an NHL team grows thinner and thinner as the end of preseason draws near and in the case of the Canucks, takes on the appearance of a wild card contender (fingers crossed, hope to die).

Prospects such as Nicklas Jensen, Hunter Shinkaruk, and Bo Horvat are hanging with the big boys. All three have scored in the preseason and at times looked like they belong on the roster to start the season. While it’s a big jump from junior to the NHL preseason, it’s another leap to the NHL regular season and competing against fully stocked lineups. If one of these three players want to make the opening night lineup, they will likely need to outplay one or more of the established veteran forwards on a one-way contract. This is just another game where these young guns can prove to the coaching staff that they’re ready.

Alex Edler took a puck to the face in the first period of the Canucks home game against the Sharks. Leaving for the game, it appeared worse than it actually was. The hope and expectation is that he’ll be back on the ice soon, though not tonight. It looks as if Desjardins wants to put on a show, icing his best lineup by far of this preseason. Here it is:

With Ryan Miller starting his first game as a Canuck and the Sedins & Vrbata (I’m open to nickname suggestions for that line) leading the attack, I like the chances of Vancouver coming out on top. Oh, who am I kidding? The reason I’m GUARANTEEING a Canucks victory is their superior preseason preparation. You’ll wholeheartedly concur when you see the video below.