The Vancouver Canucks return home to the friendly confines of Rogers Arena looking to keep their diminishing playoff dreams alive against the Anaheim Ducks. Although the Canucks still believe in miracles, time is running short and the schedule won’t be doing them any favours moving forward.

With Tank Nation reeling thanks to a string of victories (and yes, three victories counts as a string this season), the Canucks were in Colorado to face the Avalanche and looking to gain some more ground on the Phoenix Coyotes and Minnesota Wild.

Yannick Weber got the Canucks on the board first with his fifth goal of the season thanks to an excellent play in front by glorified fourth-liner Nicklas Jensen. Why was Jensen on the fourth line on Thursday? Your guess is as good as mine. That decision unfortunately rests with John Tortorella.

However, the party was short lived as Matt Duchene scored his 23rd of the season less than five minutes later. The Canucks and Avalanche would end the first period knotted at one apiece. Colorado would take the lead halfway through the second period thanks to Avalanche captain Gabriel Landeskog.

Things looked bleak until Zack Kassian tied the game 2-2 with less than two minutes remaining in the second. I’m assuming Kassian was attempting to dump the puck into the corner and change because that’s what good hockey players do when looking to score a goal. Yep, they dump and change.

That’s what this season has been reduced to.

The third period solved nothing and the teams were off to overtime to settle things. Well, BC product/provincial traitor Tyson Barrie buried the Canucks (and with a Coyotes victory, possibly the playoffs) less than a minute into overtime after a defensive miscue from Shawn Matthias. Final score: 3-2 Avalanche.

Remember when the Avs couldn’t beat the Canucks for three straight years? That was fun.

What has really set Anaheim a part from the rest however, has been the play of their depth players like Andrew Cogliano, who already has 21 goals on the season. Cogliano, who was almost destroyed by the Edmonton Oilers development program (there isn’t one…), has found a home with Anaheim and is a crucial piece to their Stanley Cup aspirations.

While the Canucks can only hope to contain Getzlaf and Perry, they will also need to pay close attention to Cogliano and the third line, as they can burn you just as quickly as the first line. However, one major area where the Anaheim Ducks have failed this season are their fashion choices. How could they not continue the season wearing these: 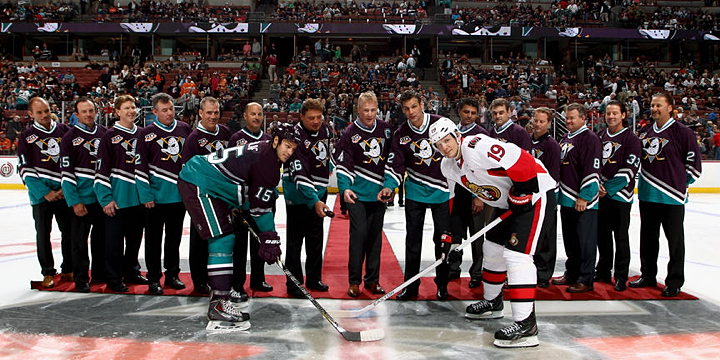 I also wouldn’t be opposed to watching a game with Perry streaking down the wing in these: 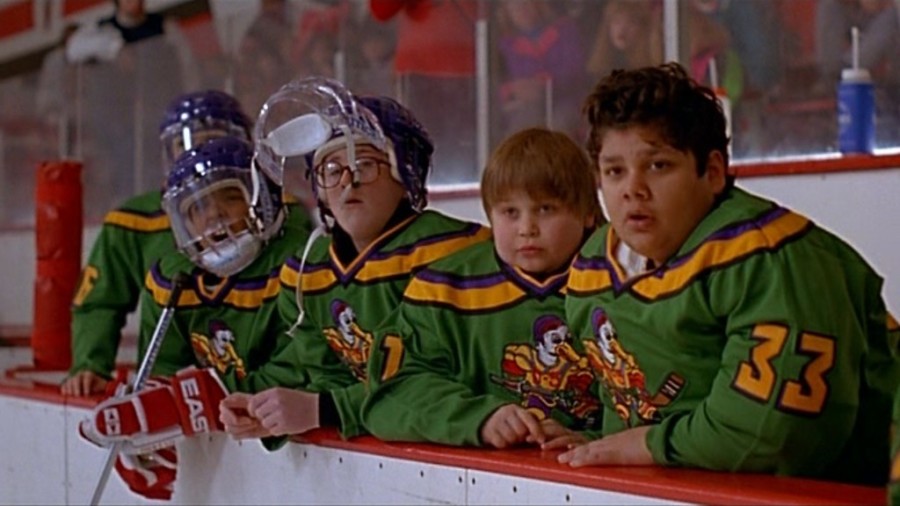 Green jersey, red gloves, AND a sparkly purple helmet? Sign me up.

Let’s just assume for the moment that John Tortorella will keep his lines the same. It’s hard to tell because logic doesn’t always dictate his decisions, especially when it comes to trying to score goals. Kevin Bieksa is injured, which means Frank Corrado gets the call-up. As usual, we’ll keep you updated on any changes to the lineup.

UPDATE: It looks like Bieksa will play hurt today, despite the Corrado call-up.

1. Play Jensen in the Top Six

The big news going into the game against the Avalanche was that Nicklas Jensen was being demoted to the fourth line. Here was my reaction:

In my last preview, I floated the idea that maybe John Tortorella will get a mulligan because perhaps there has been a reconciliation behind the scenes with the leadership group. For the record, I wasn’t advocating a second chance. However, seeing Jensen buried on the fourth line in a must-win game was probably more aggravating than watching Hamhuis on the first power play unit.

I’m not sure if Tortorella realizes that his team needs to score goals to win, because Jensen has been a catalyst since his arrival. One of the reasons why I am team Tank Nation is because I want to see the younger players like Nicklas Jensen get an opportunity to play in important roles and make the kinds of mistakes young players will inevitably make.

With the Canucks pushing for a playoff spot, Torts will likely bury Jensen as he trusts, for some misguided reason, his veterans like Jannik Hansen to get the job done.

Continuing with the theme of young Canuck forwards, fans have to be delighted with the play of Zack Kassian as of late. The knock on Kassian has always been his consistency and that will probably plague him for many years to come as it has become his reputation.

Whether or not he is ready to break out, we are seeing more and more glimpses of the player that he is supposed to become. Personally, I would like to see him with Nicklas Jensen. But mistakes are not tolerated unless a defenseman is making an ill-advised pinch. That’s okay for some reason.

3. Exactly How Hurt is Ryan Kesler

I have no doubt in my mind that Ryan Kesler should not be playing hockey right now. While I love his competitiveness (even if he doesn’t want to be here), I really don’t want to seem him seriously injure himself for perhaps a lost cause. If he does require surgery, he will once again be behind the eight ball in his summer training meaning he won’t be 100% ready for the next season. Not to mention teams don’t like to trade for one legged players if that is still his desire.

I have to say to say that despite my preference for a full-out tank job that will benefit the Canucks more in the long run, I am truly enjoying this final surge. This is probably too optimistic on my part, but the Canucks beat the Ducks 3-1. Still, I feel that by the end of the season, this image of Guy Germaine from the Mighty Ducks will perfectly sum up the Vancouver Canucks and the playoffs: