The Canucks are still mathematically in the playoff race, but they face a tough test on Monday night versus the Anaheim Ducks at Rogers Arena. The Ducks have been more than a handful for the Canucks this season and the Canucks will have to play an almost perfect game to keep their season alive.

The Canucks put in a very solid effort versus the Los Angeles Kings with a 2-1 victory on Saturday night. The Canucks played an extremely safe, dump and chase type game in the first two periods and then decided generating scoring chances may be a good idea for the 3rd period. The two 3rd period goals, one by Alex Edler and the other by Brad Richardson, were all the Canucks needed with Eddie Lack playing razor sharp.

It became apparent after the game that the Canucks players may have taken the game into their own hands with the season only a period away from being over. Were they sticking to John Tortorella’s game plan or did they take it upon themselves to go on the offensive? All I know is that the game was a snoozer until the 3rd period. The Canucks were playing well, but not generating high quality scoring chances until the last period.

The Anaheim Ducks have the inside track on the 1st overall seed in the Pacific Division. Despite this, the Ducks are a team that many believe could be in a world of trouble in the playoffs. Many felt the Ducks would drop off at some point during the season, however, the biggest question has always been if Bruce Boudreau can get his team through the first round and beyond. Time will tell, but for now we can sit back an enjoy Teemu Selanne’s last game in Vancouver. 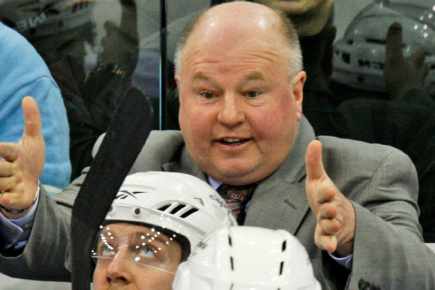 With the Dallas Stars inexplicably giving up the lead and eventually losing to the Florida Panthers on Sunday, the Canucks are still mathematically alive which means John Tortorella will start Eddie Lack once again. Here is how the lines looked at practice on Sunday (note Alex Burrows has been demoted to the fourth line):

1. The Last of the Finnish Flash

You have to love Teemu Selanne. Has there ever been a player in the NHL that has maintained such a high level on the ice throughout a long NHL career? What is more amazing is that he does this all with a smile and seemingly defies the logic of diminishing skills with increased age. Even if you are pissed with the Canucks debacle of a season, enjoy Teemu’s last game in Vancouver. We may never see another player like him.

Eddie Lack starts again! Does he ever get a break? He will, but only when the Canucks are mathematically out of it. Lack has gone from an unproven backup to the unquestioned #1 in one season. While many have said that Lack was put in a bad situation too early, I’m of the opinion he will be an extremely reliable #1 goalie for many years to come because of the adversity of this season. 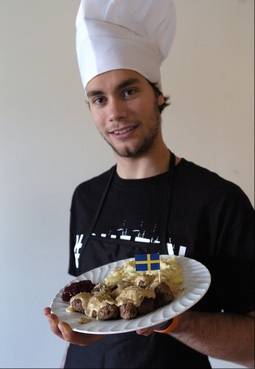 Zack Kassian is truly blossoming into a fine NHL player. Canucks fans are seeing why Mike Gillis targeted him in the infamous Cody Hodgson trade. The thing is, Kassian isn’t what you think he is. Yes, he can be a beast, can fight, and has a good shot, but his passing ability and on-ice vision is something special in a player of that size. Can someone tell me why Kassian hasn’t been paired with Ryan Kesler? Why not put a slick passing winger with a goal scoring centreman? This is just common sense.

We were expecting a lopsided loss by the Canucks against the Kings, but it obviously didn’t happen. Maybe it is the “draftist” in me that is actually hoping for a tank job by the Canucks in the final 3 games of the season, but I believe Anaheim will continue their domination over the Canucks on Monday night. The Ducks win this one 4-1 and Teemu scores a goal! Thanks for the memories Teemu!