Well, it wasn’t pretty, but the Canucks picked up a necessary two points in a tight Western Conference last night. Unsurprisingly, things don’t get much easier after a game with the Oilers, as the Canucks are put to the test against the Anaheim Ducks on less than 24 hours rest.

It’s a game that has been circled in Vancouver (and in at least one house in Anaheim) since the season schedule was released. The Ducks and Ryan Kesler will step into Rogers Arena, on the second of a back-to-back set for the home team and attempt to avenge their loss to the Canucks only 11 days ago and make Kesler’s “homecoming” a happy one… for him at least.

Some will say that this is just one of 82 games on the schedule and technically, they’re right. However, for a lot of people around the team including media, fans, and probably a few players, it’s a game fraught with feeling and meaning. Don’t get it twisted. This game is about Ryan Kesler and his first ever game as a visiting player in Rogers Arena. It’s with mixed emotions that Vancouver receives their former star. Much of the conversation around this game has teetered along the lines of, “should we boo him or cheer him?”

That being said, I’m sure if you ask any player, on either team, what the most important thing in tonight’s game is, you’ll receive the exact same answer: two points.

It’s worth noting that Kesler is going “above and beyond” in Anaheim like he did in Vancouver. See below:

I found a lost dog in the crystal cove area. Please spread the word. Need to find his family. pic.twitter.com/8G3Wldmzfy 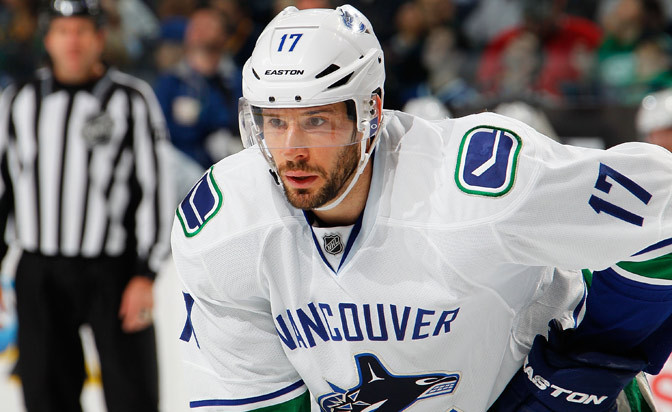 Ryan Kesler wanted out last season. That was clear and it was well documented up to, including, and since the trade that took the Canucks’ only Selke Award winner and perennial power forward to California. His rationale behind the move was expected and understandable. He wanted to win a Stanley Cup and he decided that his best shot did not include staying in Vancouver, a team that had just suffered it’s worst season in over a decade. It looked like there was going to be widespread change within the organization (and there was), and the Livonia, Michigan wanted no part of a rebuild. Personally, I can’t blame him.

Ryan Kesler played some excellent hockey for the Canucks. There were nights, weeks even, in the past where it seemed like he was the only guy that came to play and play hard. I’m not saying I agree with the way Kesler conducted himself towards the end of last year or even some of the things he has said since, but the product he put out on the ice for most of ten seasons was top shelf.

I’ll be applauding Kesler as he returns to Rogers Arena not for how things ended with the Canucks, but for all the memorable moments he produced in a Canucks jersey. We got to watch this guy almost every other night for the last ten seasons. That’s good enough for me. Also, this:

Kesler: "If they boo me it'll probably jack me up even more.."

At the beginning of the season, there wasn’t much talk about goaltending… well, relatively speaking. It seemed that things were under control, with summer acquisition Ryan Miller starting and Eddie Lack backing up. Don’t get me wrong, that is still the case, but Miller is doing his darnedest to get people talking.

Another weak performance against the lowly Oilers (albeit in a win) has brought his season save percentage to a woefully mediocre .900. That is second worst among goalies with at least 15 starts (Ben Scrivens is at .895 after his performance last night). Obviously, if the Canucks score 5 goals every night, Miller can afford to be less than stellar, but it’s probably not a theory Willie Desjardins is willing to test out.

Eddie Lack will make his 7th appearance of the season and look to build off his last performance, a 28 save win against the very same Ducks he’ll see again tonight. Lack was impressive in the 2-1 shootout win, and if his smirk after Kesler’s failed shootout attempt tells us anything, he’d like a chance to spoil the party again.

The National Hockey League is a pretty funny thing. Don’t believe me? Look at the current wild card standings in the Western Conference. That’s pure comedy gold. Anaheim is at the top of the pile. Predictable. St. Louis is second in the Central Division. Okay, that seems reasonable. The Winnipeg Jets and Calgary Flames hold the third spot in their respective divisions. Wait, what?!

It might not last, but it’s a testament to just how much of a crapshoot the NHL can be. It’s officially past the point of, “well, they had a decent start to the season”. Calgary and Winnipeg are among the most productive teams in their last ten games (14 and 15 points respectively)! While they’re sure to be a thorn in the side of contending teams, they’ll likely regress towards where many predicted they would end up by season’s end.

Okay, but that still leaves the inevitable uprising of the Chicago Blackhawks, Los Angeles Kings, and perhaps even the Minnesota Wild. It’s a scary time to be in the Western Conference and if the Canucks can continue to navigate their way through the twists and turns, they may just end up in a playoff spot.

The long break between games gave some roughed up Canucks a bit of time to heal and while they’ll most likely be a little tired from last night’s game, expect the same lineup to skate against the Ducks, save for the change between the pipes.

**Update: Sbisa and Vey will play.

Now, I would usually be pretty pessimistic heading into a game like this. A game with tons of meaning (think Stanley Cup Finals Game 7, Heritage Classic, countless playoff games against Chicago, etc.) doesn’t always bring out the best in the Canucks. However, if that is the yin in this situation, goaltending controversy in Vancouver is the yang. It only makes sense that Eddie Lack will stand on his head, making save after save to provide the dissenting opinion in the media with additional fodder to fire at Ryan Miller.

Kesler will fly up and down the ice, but the Canucks will come away with a 2-0 win. Let’s see this one out with a ‘Best of Kesler’ montage, eh? Remember the good times (like that Nashville series… sigh).