After a week long break, the Canucks will get a stiff test against the Western Conference leading Anaheim Ducks. Both teams had just one representative apiece attending the weekend’s All-Star festivities in Columbus, so we should be set for some well-rested, balanced hockey.

While the Ryan Kesler storyline is hopefully good and dead (these teams have already played each other three times this year), there is still plenty to talk about when these teams meet. They have a history of animosity and close games, combining for 60 penalty minutes and three one-goal games this season. 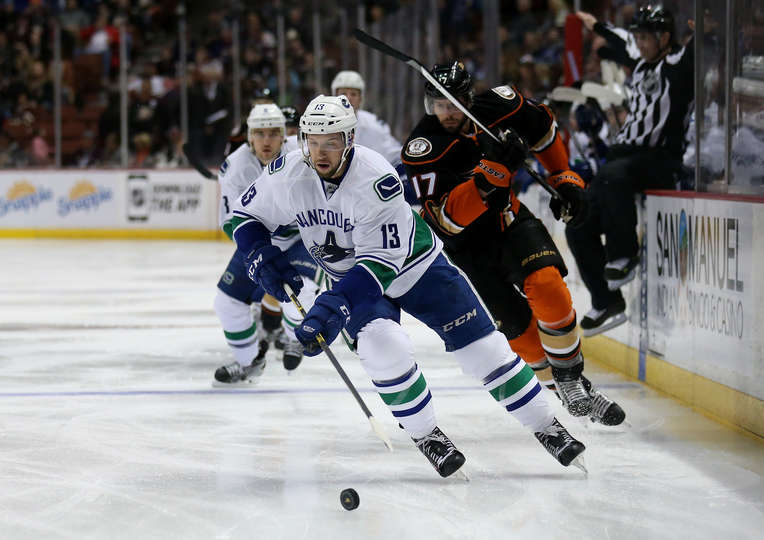 Last time these two teams met, the Canucks took a lead into the third period and promptly squandered it, losing 2-1 after Cam Fowler ripped home the game winner halfway through the extra frame. Truth be told, Vancouver probably didn’t deserve even a point in that December 28th contest, mustering just 14 total shots and only 2 in the third period and overtime combined. Since then, the Ducks have remained on their torrent pace while the Canucks have slipped ever so slightly. Unfortunately for the latter, the Western Conference is a cruel, unforgiving place that will swallow you up after the slightest misstep. 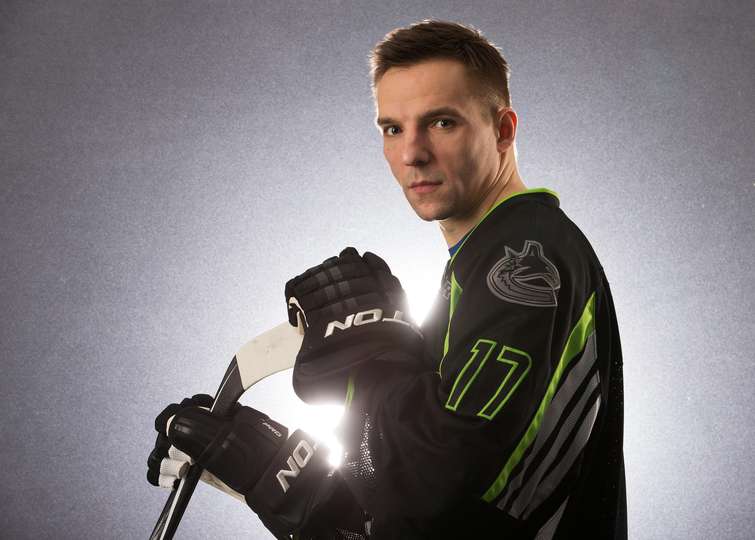 Radim Vrbata was the lone Vancouver Canuck present at the All-Star Game this weekend, and depending on how you feel about the festivities, you’re either pleased with the league recognizing a player previously under appreciated or completely indifferent to what you feel is an unmitigated farce (both valid opinions). In any case, Vrbata scored the first goal in the highest scoring contest in the event’s history (29 goals) and added a second assist on Kevin Shattenkirk’s goal.

His assignment does however give us an opportunity to take a quick look at Vrbata in his first season in Vancouver. He currently leads the Canucks with 18 goals and has looked awfully dangerous many times during the first half of the season. His chemistry with the Sedins has been evident and though Willie Desjardins has split up the top line at times, the Canucks’ head coach seems to resort to it when in dire need of offense. Desjardins will likely lean on those three players down the stretch, so hopefully Vrbata can build on his All-Star first half and help deliver Vancouver to the postseason once again.

After blocking a Victor Hedman slap shot with his hand, It is as some of us feared: Kevin Bieksa has undergone surgery on his hand and will be out of the lineup for 6-8 weeks.

While some have asked, “Will the Canucks be better without Bieksa?“, this no doubt leaves a large hole in the defensive depth chart. However, this unfortunate occurrence does eliminate any reason why Frank Corrado wouldn’t receive an extended look playing with the big club. Corrado had one of his best games of his young career in a 4-1 loss to the Lightning immediately preceding the All-Star break and will likely be looking to build on that success. He managed a goal and made several strong defensive plays in a game that saw the Canucks outplayed and out-chanced.

If Corrado and company can fill-in while Bieksa is out, it not only allows the Canucks to continue towards a playoff spot, but it places a renewed sense of confidence in the young defenseman. That’s something we can all get behind.

The Canucks currently sit in 3rd spot in the Pacific Division with 55 points. However, they have the unique advantage of having at least two games in hand on the teams immediately surrounding them. San Jose, who have played 3 more games, are just 1 point ahead. Meanwhile, Calgary is (STILL) just 2 points behind and have played 2 more games than the Canucks. Vancouver also has 2 games in hand on the defending champion LA Kings, who sit just three points back. All of that essentially spells out one message: win those games in hand.

Of their remaining 37 games, the Canucks play 21 home games and 16 road games. Traditionally, this would be a favourable split, but with Vancouver’s stellar road play (15-8-2) and subpar home record (11-8-2), you’d be forgiven for feeling a little uneasy. The main focus of this team is to translate that road success into home wins. If they’re to make the playoffs, an improved home record, along with some better power play numbers, would make a big difference. If approximately 93 points is the cut off for the playoffs, the Canucks will have to post a record of 17-16-4 or better. That shouldn’t be a huge ask, but based on last year’s collapse, we shouldn’t be celebrating until they’ve wrapped up the season on April 11 in a playoff position.

With Bieksa out, Frank Corrado will draw in on the second pairing. With Radim Vrbata traveling back from Columbus, Zack Kassian took his spot on the top line at practice. Expect Vrbata to play on Tuesday, while Kassian will watch from the press box.

On defense, Ryan Stanton looks to be the odd man out.

Brad Richardson (ankle) leaves skate early so looks like he's out and Kassian in. #Canucks

You’d be a fool not to say this game will go to extra time, as all three games so far this year have required more than 60 minutes to produce a winner. The first two went all the way to a shootout, while the last one saw the Canucks give up a stinker in OT. With both teams well rested, but probably a little rusty, expect a few pucks in skates and a choppy first period before things settle down. Hopefully the Canucks faithful have been starved of meaningful hockey for long enough to provide some cheers for Vancouver and maybe even a few boisterous “welcomes” for Ryan Kesler. I’ll take the Canucks in a shootout by a score of 3-2.