The Canucks look to get back on the right track tonight against their surging Pacific division rival, the Anaheim Ducks. After back-to-back 5-2 losses to the Toronto Maple Leafs and Minnesota Wild, a win against Ryan Kesler and the Ducks this evening would go a long way to righting the ship.

It’s been a rough week in Canuck-land. After Vancouver took down the Colorado Avalanche and Arizona Coyotes last week, it appeared the team might have been poised to take a serious run at one of the west’s final playoff spots.

Since then, the Canucks have twice lost badly to mediocre teams, rumours regarding Alex Burrows and waiving his no-trade clause, and stories of ownership meddling in hockey affairs and operations have grabbed headlines around the city and province. It’s hard to imagine this team, in its current state, could challenge for anything other than a lottery pick in the 2016 NHL Entry Draft.

The Ducks, on the other hand, are trending in the opposite direction having gone 10-1-1 in their last 12 games. Aside from Arizona and perhaps New Jersey, Anaheim was one of the biggest surprises of the first half of the season, but for all of the wrong reasons. Touted as the team to emerge from the west, the Ducks have only recently begun to play up to their billing. That could mean trouble for Willie Desjardins’ club… 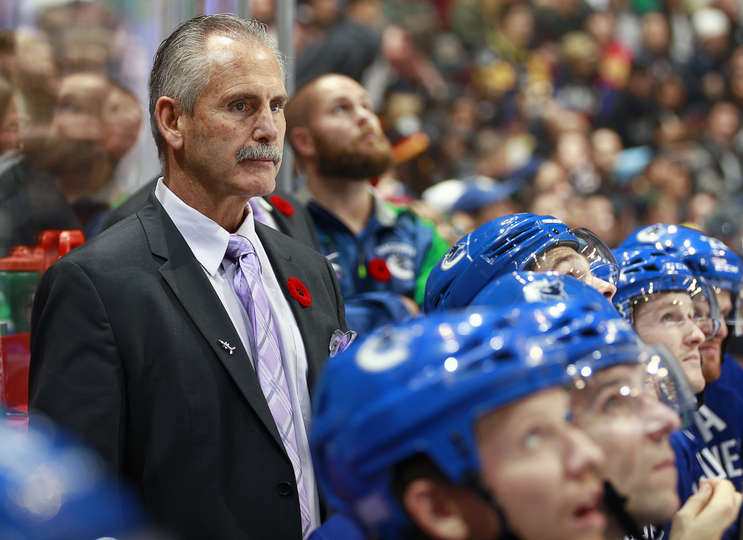 It’s become abundantly clear that the 2015-16 Vancouver Canucks are not a good team. If there were still playoff optimists before this past weekend, identical 5-2 losses to the ECHL-calibre Toronto Maple Leafs and the woeful Minnesota Wild should put any hopes to rest permanently.

With Dan Hamhuis and Radim Vrbata on the trade block, one has to wonder what the next steps are. Trevor Linden and Jim Benning are clearly focusing on infusing young talent now, evidenced by Alex Friesen’s NHL debut on Monday against the Wild, the 8th player to make his NHL debut with the team this year (the most since 1999-2000).

"It's something that every kid dreams about." Alex Friesen hopes to make his NHL debut Monday night. #Canuckshttps://t.co/RRVSwisiWp

Jim Benning and the rest of the Canucks’ pro scouting department met yesterday to begin serious discussions regarding the strategy surrounding the February 29th trade deadline. It’s not as if there are many “untouchables” on the current roster, but outside of Hamhuis and Vrbata, are there really any pieces other teams might want and/or make a deal for? I suppose that remains to be seen.

2. Willie coaching for his job? 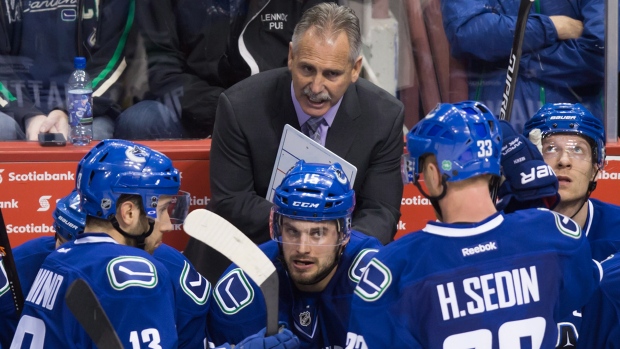 It’s hard to believe that just last year the Canucks community was lauding the effort and accomplishments of the first-year head coach Willie Desjardins. The team unexpectedly made the playoffs, and though were bounced in the first round, the season was seen largely as a success.

Oh, how things have changed. With fans and media alike looking for answers to the poor on-ice product, questions are inevitably being asked regarding Desjardins and his effectiveness. When a team starts losing a lot more than it wins, scrutinizing the current roster players only produces so much.

Willie – "I think if one or two guys aren't ready, it's the player, if it's the team, I think it's the coach." #Canucks

Unfortunately, it has been the manner in which the Canucks lost their previous two games that have garnered criticism of Desjardins’ motivational capabilities and player deployment. While the team will not likely not turn things around this season in the standings, they can certainly play in a more impassioned fashion. Whether Willie Desjardins can illicit this improvement may indicate whether or not he still has his job at the end of the season.

3. Kes and the Ducks 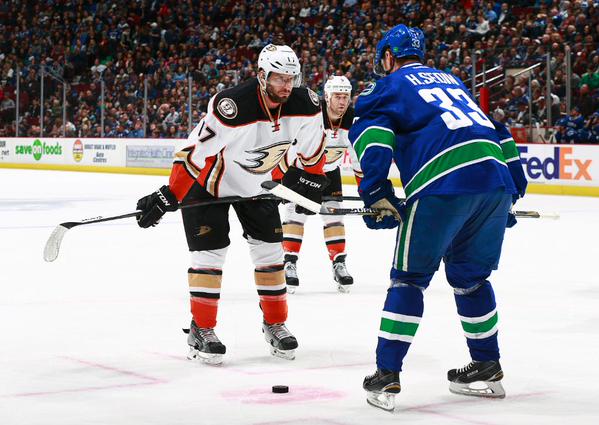 It’s been nearly two years, but the Canucks and the Anaheim Ducks will inextricably be linked via the Ryan Kesler trade that saw the Livonia, Michigan native moved south to Anaheim in the summer of 2014.

After evolving into a premium power forward over nine seasons with the Canucks, it appeared Kesler was looking for a new opportunity, preferably one with a Stanley Cup contender. Last year, his new team lost to the eventual Stanley Cup Champion Chicago Blackhawks in seven games in the Conference Finals.

This year, while still not producing at the level GM Bob Murray and Ducks fans were expecting, Kesler has continued to provide matchup issues for opposing teams looking to deal with Ryan Getzlaf, Corey Perry, and Kesler. Man… remember this guy?

The Ducks record in the last 12 games has coincided with 11 points from the rugged centre, including a three-game point streak. If this turnaround is for real, you can bet Kesler will play a significant role down the stretch and in the playoffs.

If yesterday’s practice is any indication, it appears Vrbata will play in a top-6 role once again. Ryan Miller should get the start after Jacob Markstrom allowed 5 goals on 34 shots against Minnesota.

I shudder to think what this game will produce should the on-paper matchup play out as expected. The Canucks are in the gutter at home, losing five in a row at Rogers Arena, while the Ducks are on a serious hot streak and appear to finally be realizing their preseason destiny as the western conference’s best team.

Here’s to hoping Vancouver will surprise everyone and hold their own against the Ducks. Unfortunately, I won’t be among those holding my breath. Anaheim wins 4-1.