The Canucks play the second part of a road back-to-back against the New Jersey Devils in lovely Newark today.

Yesterday the Canucks lost a heartbreaker to the Buffalo Sabres 3-2 in a rare 1:00 pm EST game. The Canucks looked like they had at least a point in the bag, but were foiled by a Rasmus Ristolainen goal with 17 seconds remaining.

The Canucks will be in tough to beat a plucky New Jersey team. The Devils have enjoyed a nicely spaced out early schedule and haven’t left their time zone for over two weeks. On top of that, they are playing fairly decent as well having just defeated the Chicago Blackhawks 4-2 on Friday night.

The Devils are lead by Mike Cammalleri, a noted Canuck killer in his playing days with the Calgary Flames, and Adam Henrique. Keep an eye out for Adam Larsson. The 6’3, 210 lb defenceman is quietly one of the best in the league.

Then there are the Devils fans! The passion is undeniable. 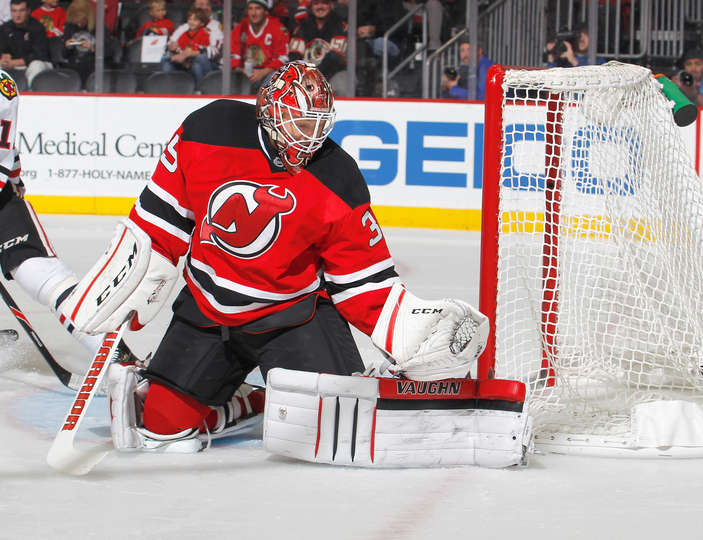 Forget Eddie Lack! The goalie that really got away from the Canucks is Cory Schneider.

While Schneider would never admit it, you get the feeling he wishes that infamous Mike Gillis draft day deal was never made. Schneider is putting up unbelievable numbers playing behind a non-descript, mediocre team in a building that has to be one of the worst in the NHL.

Schneider has posted a very solid .923 save percentage along with a 2.15 goals against average thus far this season. He has been consistently very good since he arrived in New Jersey and, without a doubt, has become that elite starter that everyone in Vancouver was sure he could be.

As for the Prudential Centre, don’t get me started. Put it this way, it is a warehouse disguised as a state of the art arena. Zero atmosphere!

Newark isn’t all bad though. Jason Alexander, George from Seinfeld fame, is a native son as is the lesser known Sam Porcello, inventor of the filling in Oreo cookies.

The Buffalo Sabres paid tribute to Ryan Miller with this sensational video during a 1st period intermission in yesterday’s game. Miller was the main man in Buffalo for a decade and won a Vezina Trophy in 2010. He is obviously missed and has never been forgotten.

"That was pretty emotional for me. The tribute was touching, I was focused but wanted fans to know I appreciate them" – Miller #Canucks

What puzzles me is why Miller has been so disrespected in the Vancouver market. In the Canucks off-season Summer Summit, Canucks fans booed Jim Benning when he admitted that teams were interested in acquiring Ryan Miller and he declined. Bizarre!

Miller has been the Canucks early season MVP. Enough said.

3. Desjardins figuring out the lines 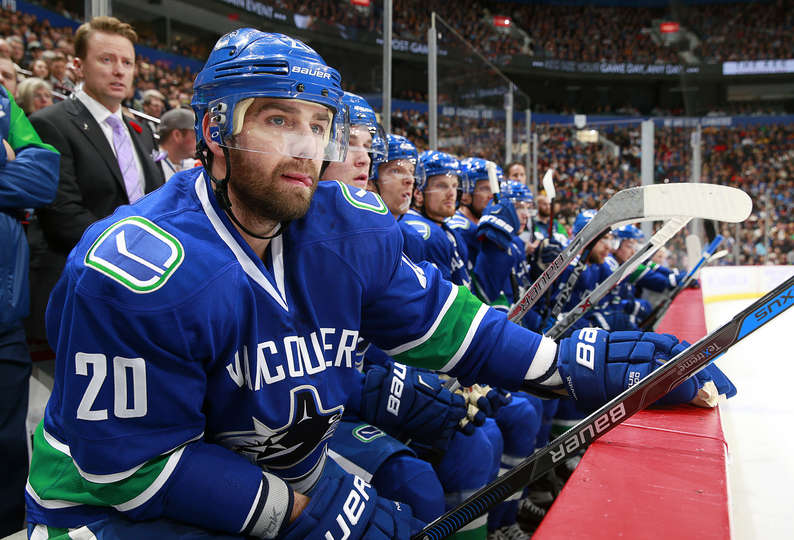 Willie Desjardins iced his best lineup of the year on Saturday against the Sabres. Chris Higgins, in his second game back from injury, was placed on the 4th line with Jared McCann and Derek Dorsett, while Sven Baertschi was reinserted into the lineup playing with Bo Horvat and Jannik Hansen. These two minor tweaks make the Canucks a deeper team on all 4 lines. Higgins gives McCann a linemate with legitimate ability to score and Baertschi adds an offensive dimension to the Canucks that is sorely needed.

Desjardins continued to limit the ice time of Baertschi, McCann, and Jake Virtanen yesterday, but, yeah, Rome wasn’t built in a day.

With the Canucks playing another matinee game, we won’t have the benefit of a morning skate to get an indication on lineup decisions. Richard Bachman could get into his second game of the season to give Ryan Miller a rest, and Adam Cracknell could find his way back into the lineup as well.

*Update: Some bad news for the Canucks.

Losing Tanev will hurt. Alex Biega, who was recently sent back down to Utica, has been recalled and will play today.

The Canucks seem to be a different team on the road and the Devils aren’t exactly an intimidating opposition. Look for this one to be a close game dominated by stellar goaltending. The Canucks take this 2-1, re-gain their mojo on the road, and we all still have ample time to watch Seinfeld while eating Oreos for the rest of the evening. Thank you Newark. Thank you.